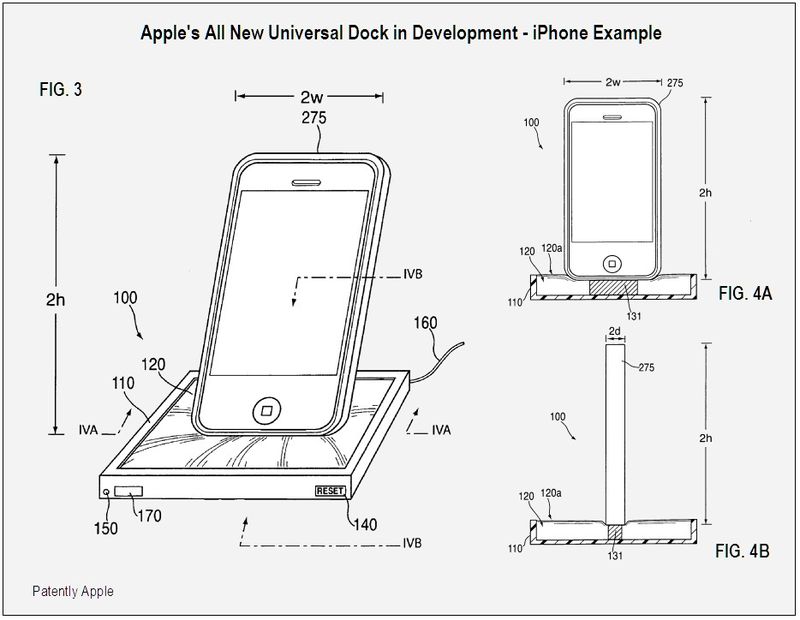 On December 10, 2009, the US Patent & Trademark Office published a revolutionary patent application from Apple that reveals an all new Universal Docking station that is designed to be aesthetically pleasing. The revolutionary design will use a new elastic sponge-like material at the bottom of the universal dock that will basically conform to the shape of any portable device you may have – be it an iPod nano, an iPhone or even a BlackBerry or other non-Apple device. If the user only has one type of media player, then the device will conform to it alone. On the other hand, if the user has multiple types of media players, then the device is designed to decompress when the user hits a reset button, returning the revolutionary support-layer back to its original flat surface to accept the next media player's form. The new dock will also come with a remote control. Although it's hard to get overly excited about a new universal dock for media players - this particular revolutionary design is bound to turn a lot of heads when it finally arrives. This one may be hard to resist next Christmas. 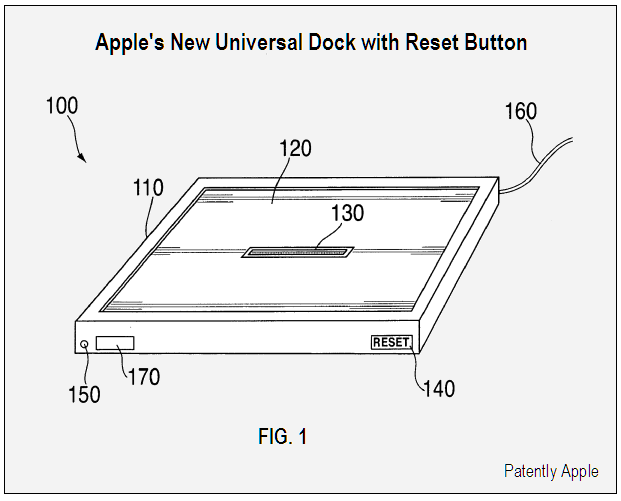 An electronic device may be supported when connected to a universal dock. The support may be provided using a support layer. The support layer may be made of any suitable material or configuration of elements, such as a fabric with elasticity (e.g., nylon), an elastic sponge-like material that may retain its shape when a force is applied thereto, an array of spring-loaded vertical members that may compress in response to a downward force (e.g., weight created by an electronic device being connected to the universal dock), or any combinations thereof. 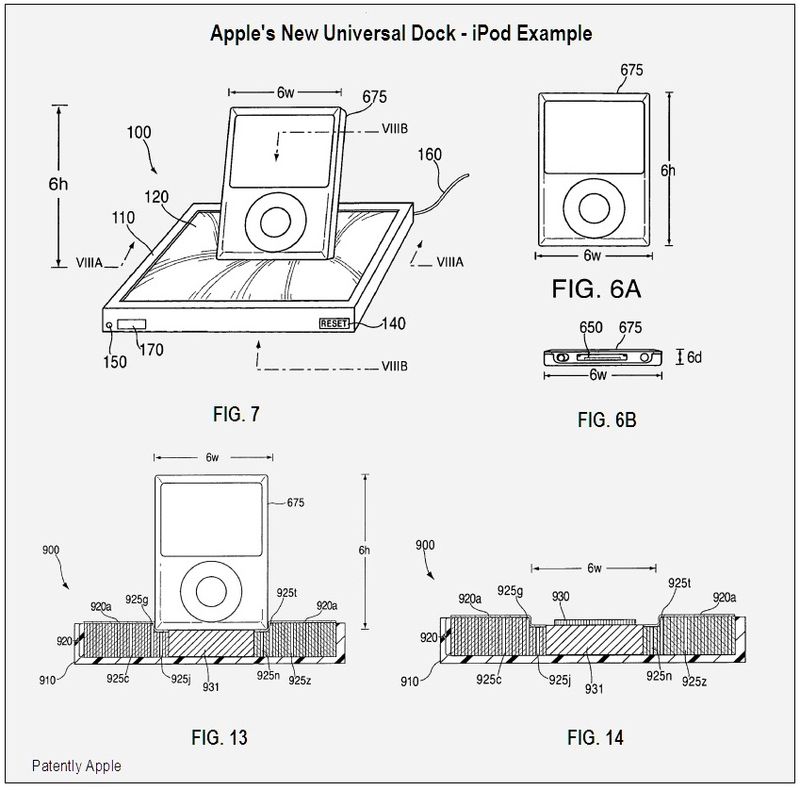 The noted patent figures shown above illustrate the new universal dock in use with an iPod nano. Note how the device's new support layer custom conforms to the square-like shaped bottom of the nano in comparison to the report's initial graphic showing the support layer perfectly supporting the rounded corners of Apple's iPhone.

Flowchart: How the Universal Dock Detects a Device 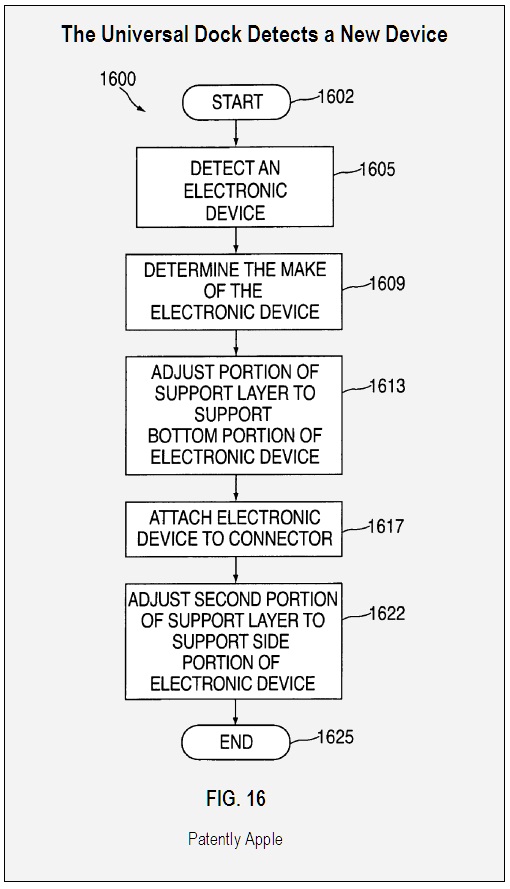 Synchronization Improvements: Apple's patent relates to systems and methods for synchronizing data between two or more data processing systems such as a desktop computer system and a handheld computer system. For more information, view this temporary link. Three other supporting patents include 20090307375, 20090307281 and 20090307280.

Browsing or Searching User Interfaces and Other Aspects: User interfaces for browsing and/or searching are described in this patent. In some embodiments, an icon representing a file is displayed in a graphical user interface (GUI), where the icon includes one or more predefined decorations. The decorations may be chosen based on the file type, such as slide decorations for presentations, a foldover for documents, etc. For more information, view this temporary link. Two other supporting patents include 20090307622 and 20090307615.

very interesting! But maybe not so cheap?!