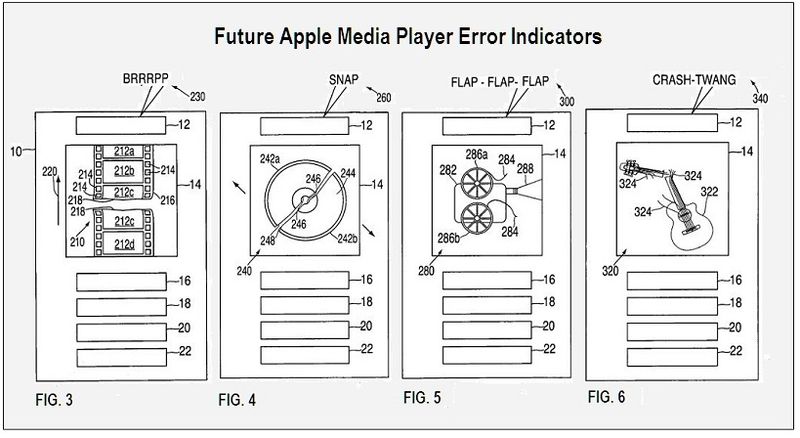 On December 3, 2009, the US Patent & Trademark Office published a patent application from Apple that reveals various concepts behind a new series of future media player error indicators. The indicators will be used to notify users that the device is unable to proceed with a particular function the user has requested – be it playing a tune, a movie, a TV show or displaying a photo. Apple's patent presents us with indicators that represent a broken DVD, broken CD and alternatives like a broken projector or guitar.  Each of these error indicators will be accompanied by a matching sound effect that is designed to be both fun and handy for those using headphones while in transit or while training.

Apple's patent goes one step further in clarifying that the error indicators will be available in themes that the user could chose. A theme of one such set may be relatively "serious" and subdued, including realistic graphics for display (14) and realistic audio for audio output (12). A theme of another such set may be more "whimsical," including more abstract graphics and-more fanciful audio. Still another theme for still another set of error indications may be more "outrageous," including "extreme" graphics and audio. 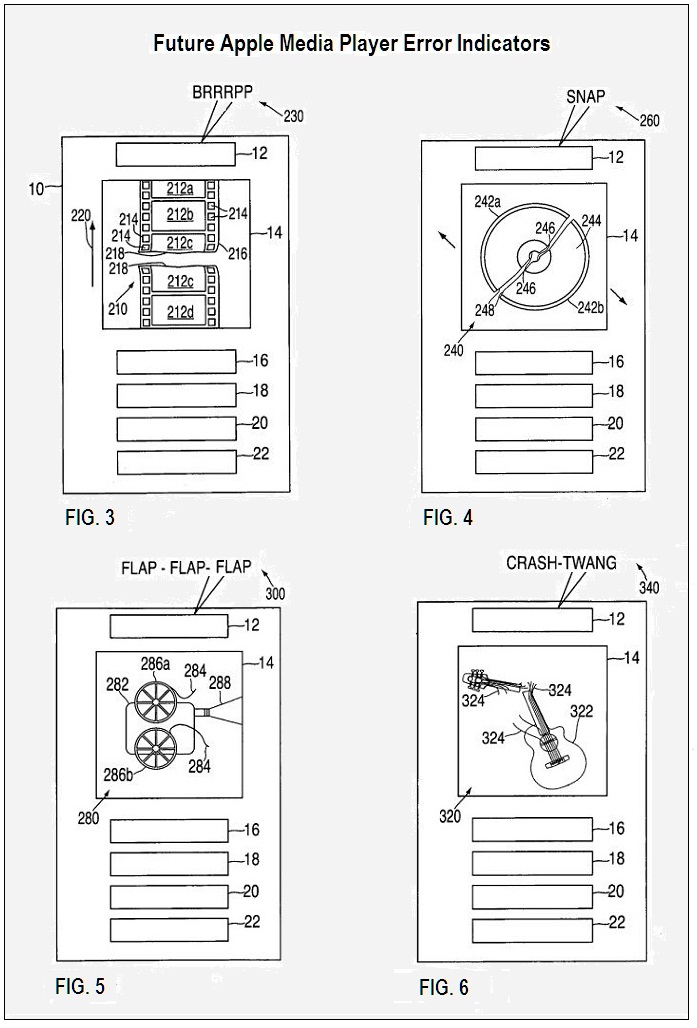 Patently Apple would like to extend a hearty thanks to Mr. Larson at the USPTO who temporarily reopened the USPTO image database while they undergo several upgrades this week.