A Future iPhone will Control Your Desktop Remotely 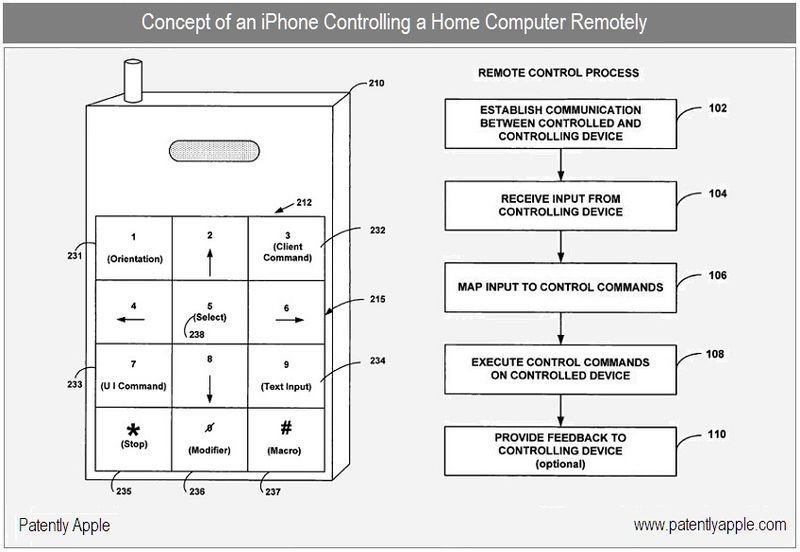 Today, The US Patent and Trademark Office published a unique granted patent of Apple's which has yet to surface that could prove to be a very powerful tool for consumers and professionals on the go. The concept involves using an iPhone to control a home computer remotely while on the road, at the office or elsewhere.  According to the patent, an iPhone user will be able to remotely control the movements of a cursor on an iMac or MacBook to select a software application (e.g., email) from a menu or desktop icon, launch applications, control a printer or any other peripheral. Apple's patent describes how the iPhone could have a keypad that is mapped to specific functions - as noted in the graphic above. The patent even points to an expanding application use for Voice Controls, which are limited today. This granted patent is definitely the star of today's patent line-up and worthy of being a separate report to emphasize its importance.

Apple's patent FIG. 1 is a flow diagram of an exemplary process 100 for remote control of electronic devices. The steps of process 100 do not have to occur in any specific order, and at least some steps can be performed simultaneously in a multithreading and/or multiprocessing environment. For the purposes of this example, the device will be described in the context of a personal computer (PC) ("the controlled device") that is controlled by a touchtone phone having a numeric keypad – such as Apple's iPhone - (as the "controlling device"). 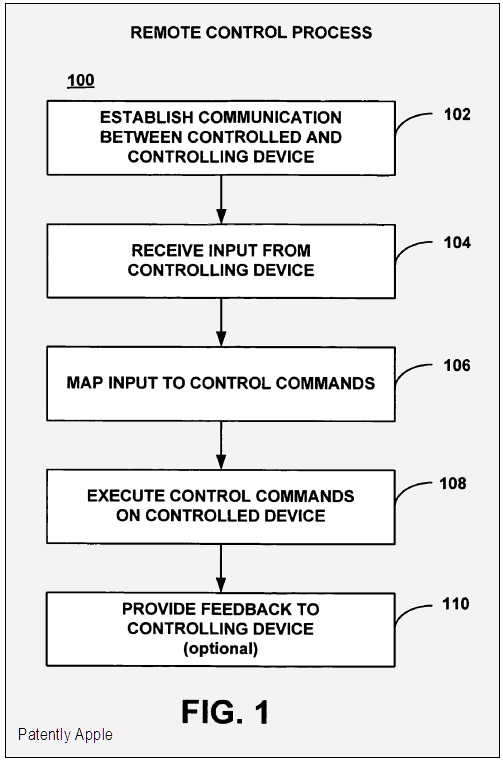 In the implementation shown in FIG. 2 below, the mapping provides for the navigation of a user interface associated with the controlled device. For this particular mapping, the keys 2,4,6,8 are directional keys for controlling navigation in an upward, leftward, rightward, or downward direction, respectively, in a two-dimensional user interface. By contrast, the keys 0,1,3,5,7,9,*,# are functional keys. 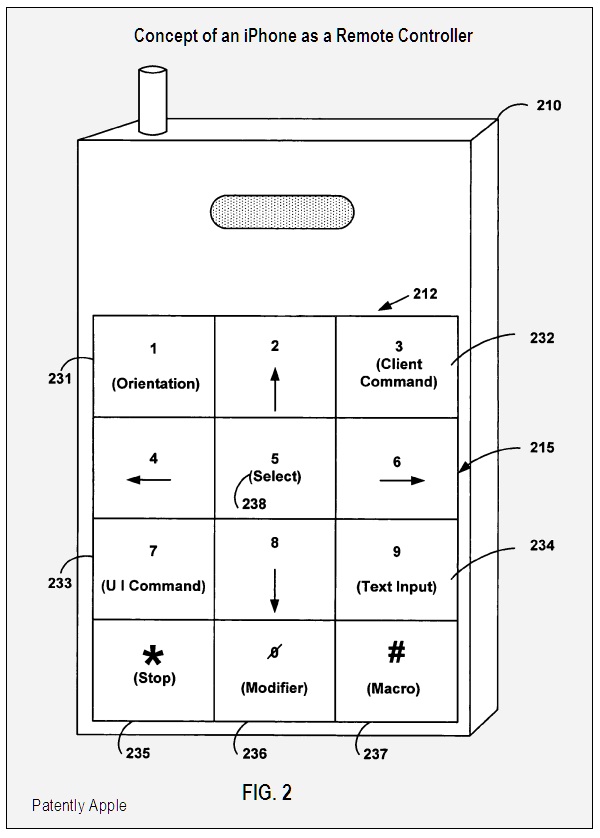 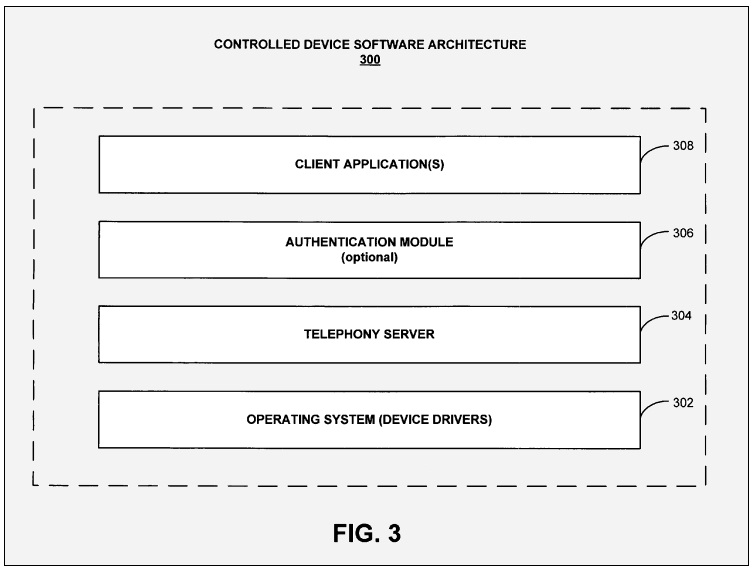 a pretty niffty concept, an all in one phone, could be used as remote for automated gates, tv, a/c. with an all around features.