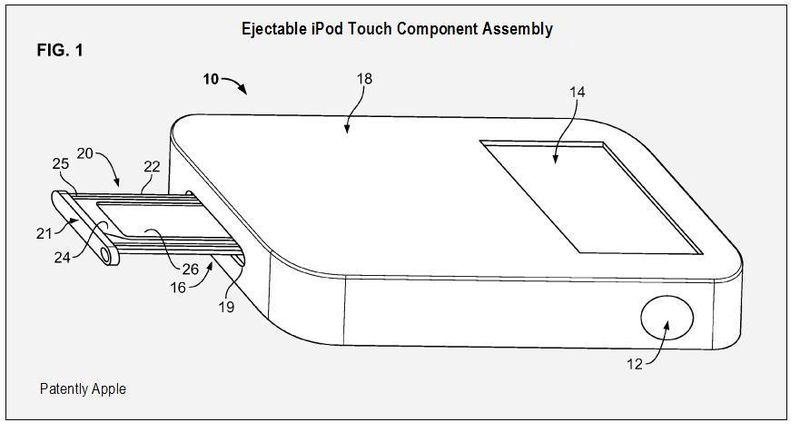 On October 29, 2009, the US Patent & Trademark Office published a patent application from Apple that reveals one of the likely next chapters for Apple's iPod Touch Media Players.  Apple's patent focuses on adding a new ejectable component assembly to couple removable modules. The removable modules may include, for example, integrated circuit cards (ICCs), chip cards, memory cards, flash memory cards, microprocessor cards, smart cards, such as subscriber identity module (SIM) cards, or combinations thereof. In some embodiments, the removable module may contain electronic circuitry from which the electronic device may read data and/or to which the device may write data. Apple's iPhone already has this feature as presented in the report.

Apple's patent FIG. 2 is a perspective view of an illustrative ejectable component assembly when a tray is partially inserted in an electronic device in accordance with some embodiments of the invention. 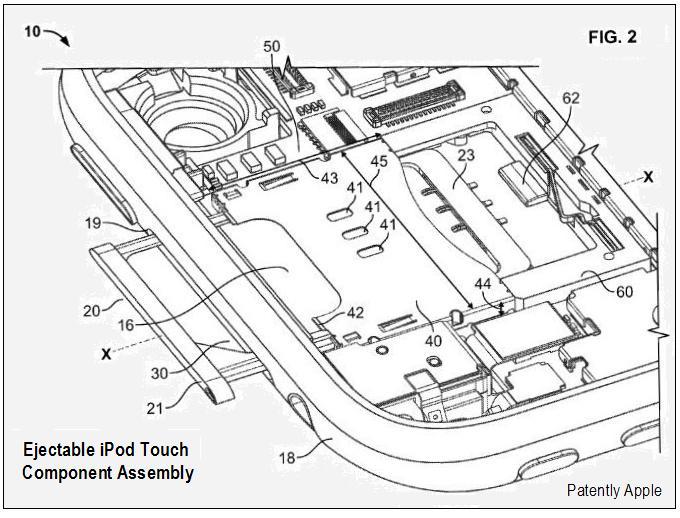 Although the focus of the patent is on the iPhone and the iPod Touch, Apple clarifies that this technology could be reserved for any future products such as laptops, printers, cameras, virtual reality devices - right on down to watches. 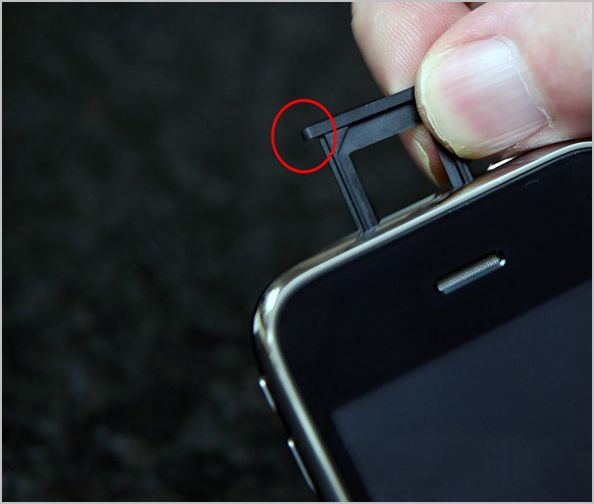 The photo of the iPhone's ejectable component assembly shown above was taken from Photobucket. The photo was taken by Anthony J. Howe.

Update: Please note that the report was incorrectly titled "Future Apple iPhone to Have Ejectable Component Assembly" this morning and has since been corrected. The report has also added the noted photograph above. My apology for the errors. It should also be noted that the ejectable component assembly as noted in patent FIG. 1 above, differs in location from the current iPhone's layout. The patent figure illustrates the assembly as being positioned at the bottom of the media player.