The US Patent and Trademark Office officially published a series of six newly granted patents for Apple Inc. today. The notables within this group include patents for Final Cut Pro, GarageBand and the OS X layout engine. Other interesting patents cover a flash memory system that relates to Apple's iPhone and iPod touch and finally one relating to enhancing Intel x86 instruction sets. 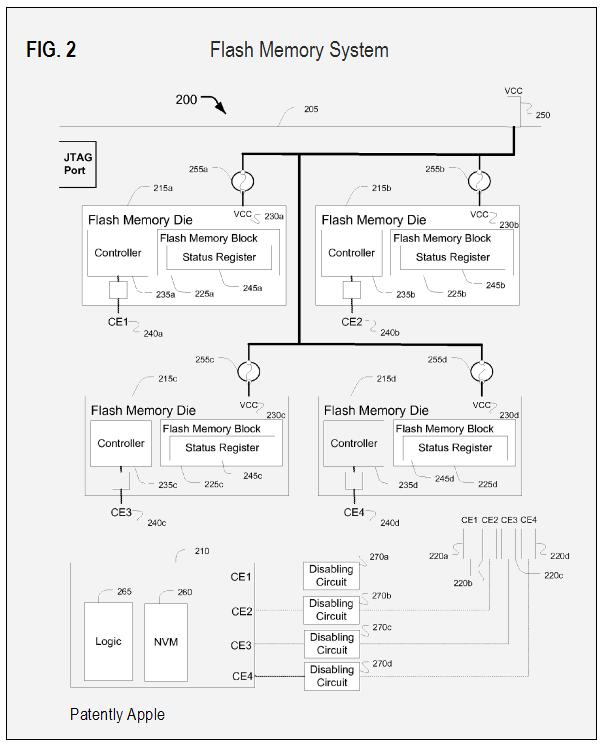 In some flash memory manufacturing environments, a small percentage of flash memory dies may have defects that may be detected by testing. One example of a defect is a bit error at a particular memory location. Some defects may be compensated for by techniques such as redirecting read/write accesses from defective memory locations to a set of redundant memory locations.

Apple credits Michael Cornwell and Christopher Dudte as the inventors of granted patent 7,609,561 relating to Disabling Faulty Flash Memory Dies. The patent was originally filed for back in Q1 2006.

For example, in Intel's x86 architecture, the instruction for shifting a double quadword (where a word is 16 bits or 2 bytes) does not allow shifting in bits but the instruction for shifting a quadword does allow shifting in bits. Accordingly, in this architecture, some programmers who want to shift a double quadword register would write code to use the quadword shift instruction to generate missing bits from the other side and then would perform a logical `or` operation on them to make the final result. Other such examples could found in this patent. 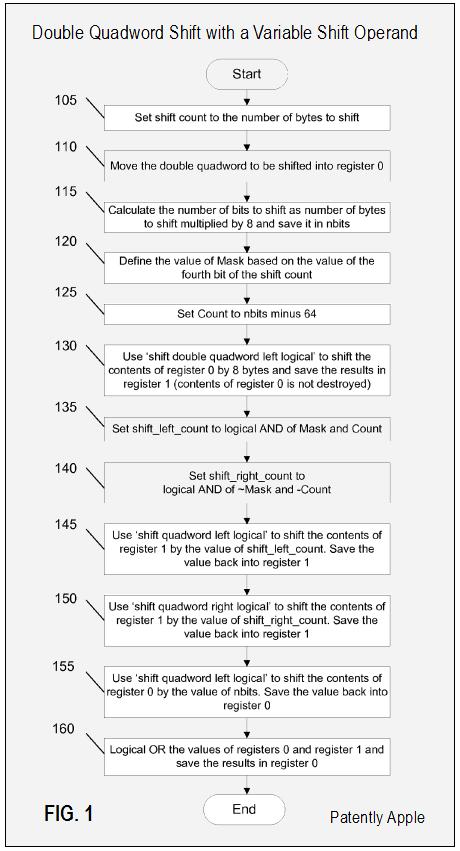 Apple's patent FIG. 1 presents a process that illustrates the method of implementing the double quadword shift with a variable shift operand.

Apple credits Hyeonkuk Jeong and Paul Chang as the inventors of granted patent 7,610,472 which was originally filed for in Q2 2006.

Apple was also granted a patent for Color Management for Limited Gamut Devices under number 7,609,413.

Notice: Patently Apple presents only a brief summary of patents with associated graphic(s) for journalistic news purposes as each such patent application and/or Granted Patent is revealed by the U.S. Patent & Trade Office. Readers are cautioned that the full text of any patent application and/or Issued Patent should be read in its entirety for further details. For additional information on any granted patent reviewed here today, simply feed the individual patent number noted above into this search engine. To read this report in another major language, use Yahoo! Babel Fish

Thanks for the Coppola and Walter Murch video. I hadn't seen that before. Very nice.

Also your Ghostly fun graphic is cool, an important message without being "preachy". Well done.