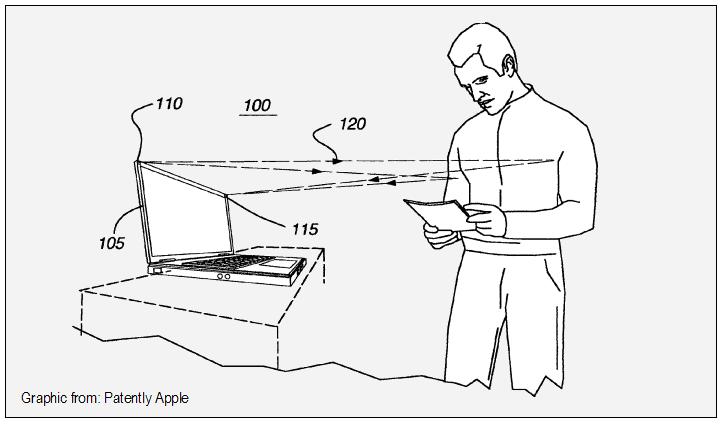 First came the news of a future iPhone or perhaps even Apple's mysterious tablet design and now a second very cool patent has surfaced from the US Patent and Trademark Office that tells us that Apple may have presence detection coming to hardware in the not too distant future. The new technology will remotely detect a person's presence without requiring physical input by the user. The technology could be built right into the physical frame of various Mac hardware or set within iSight itself. Apple may employ SONAR as one of the methods of achieving this feat. Apple also makes a side note that that this technology could apply to a future a television – and even gives us a peek at a MacBook with a numeric pad. It sounds like a very cool feature – though beware, it might just freak your cat out.

The Emitter and Detector

Your future Apple MacBook or iMac may employ a variety of radiation emissions to determine when you enter the hardware's field of detection and, in response your entrance, activate your hardware. This may prove particularly useful where, for example, the electronic device consumes significant power and/or may suffer deleterious effects if left active for too long. The ease of this is simple, you won't have to tap a key, press a mouse button, or otherwise interact with your system to get it to wake from sleep. 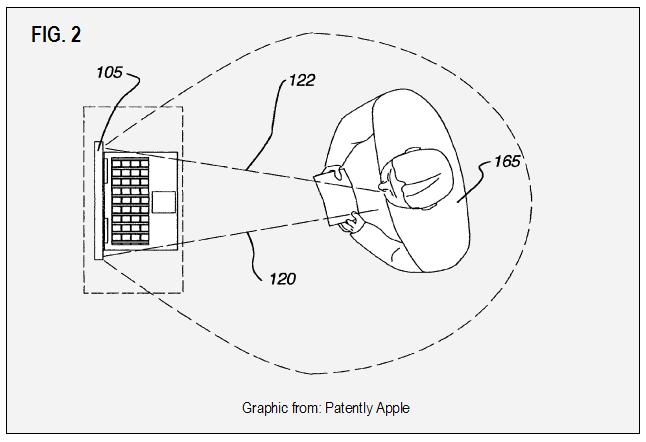 Apple's invention includes a method for detecting a presence comprising of reflected beams. The method may further include emitting a beam at an exit angle from an emitter, and/or receiving the beam at an entry angle at a detector. 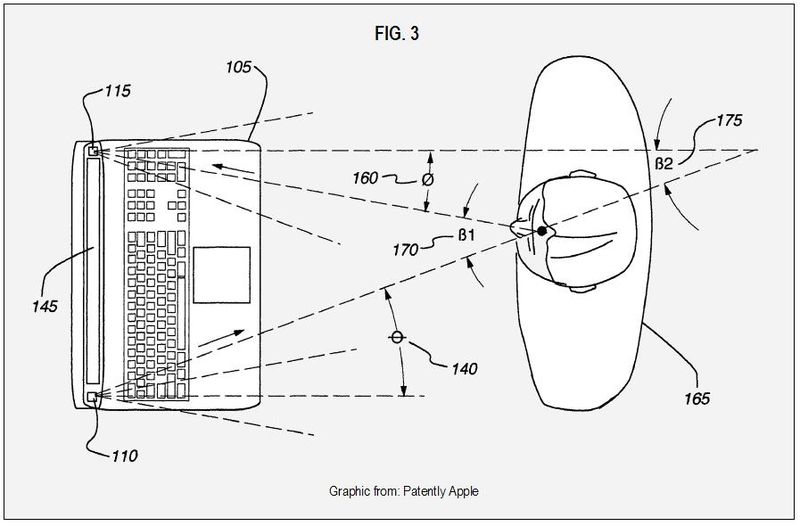 More specifically, the embodiment, in this case a new kind of large MacBook with a numeric keypad,  includes an emitter 110 and a detector 115. Infrared beams 120 are projected by the emitter and received by the detector after reflecting from an object within the embodiment's detection field 125. The detection field may be one-dimensional (linear), two dimensional (planar), or three-dimensional depending upon the configuration of the emitter and detector. 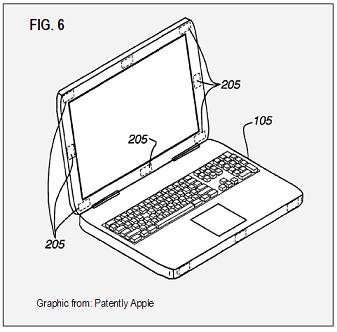 Alternative embodiments of the present invention may emit a variety of radiation, such as ultraviolet light or any other light frequency. Yet other embodiments may employ acoustic reflection, such as SONAR, or a steered infrared laser in place of the emitter array described herein.

Apple's patent FIG. 6 depicts a number of possible locations 205 for the emitter and/or detector on the surface of a notebook computer. It should be noted that the emitter and detector may be collocated.

Apple's patent FIG. 7 shown below depicts an exemplary circuit 200 for demodulating an infrared signal received at a photodiode or other sensor. In FIG. 8, Apple generally depicts a two-dimensional emitter 110 and detector 115 having n rows. The detector may be masked in a variety of patterns to perform the multiple functions of ambient light and infrared signal detection.

NOTICE: Patently Apple presents only a brief summary of patents with associated graphic(s) for journalistic news purposes as each such patent application and/or Granted Patent is revealed by the U.S. Patent & Trade Office. Readers are cautioned that the full text of any patent application and/or Issued Patent should be read in its entirety for further details. For additional information on any granted patent noted above, simply feed the individual patent number(s) into this search engine. To read this report in another major language, check out Yahoo! Babel Fish.