The US Patent and Trademark Office officially published a series of six newly granted patents for Apple Inc. today. The notables within this group include one relating to a design win for Apple's 3G iPhone, a granted patent for the iPhone's low battery audio alert, which some feel isn't working all that well, a granted patent regarding hot plugging and one dealing with a connector determination process. 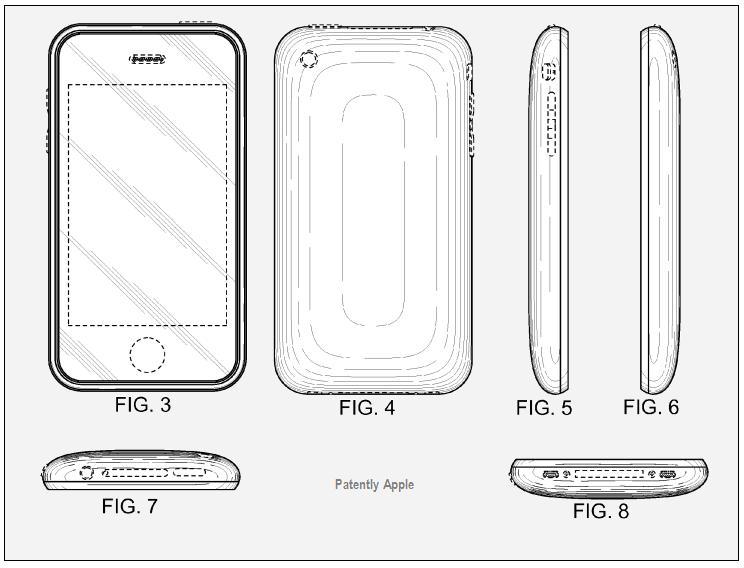 Apple's invention pertains to providing status information, like low battery, to users of the iPhone in an audible manner. 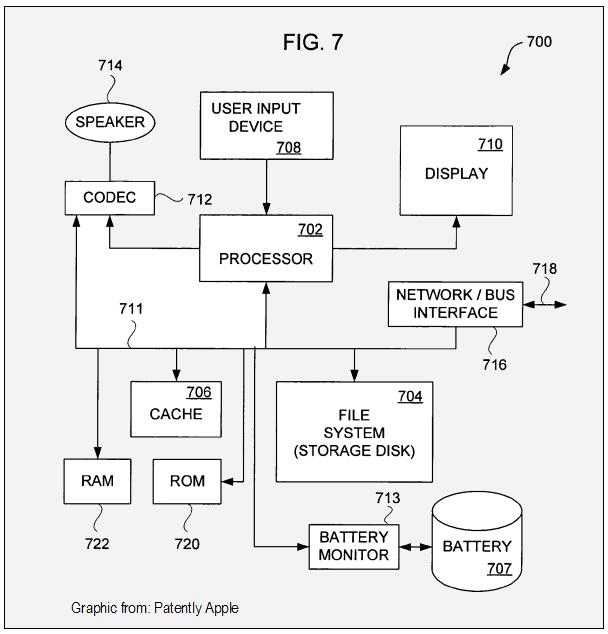 Apple credits both Greg Marriott and Andrew Bert Hodge as the inventors of granted patent  7,590,772, originally filed in August 2005.

It should be noted that some users of Apple's iPhone are having difficulty with this alert system and others think it doesn't warn early enough. Some say that they have this feature on their iPod touch yet I don't seem to have it. Is this feature working for you? Let me know at patentlyapple@shaw.ca

Apple's invention relates to sensing devices used to record events that affect the operability of portable electronic devices. Apple's patent FIG. 1 below illustrates an example of a data-gathering device in the form of sensor 100. 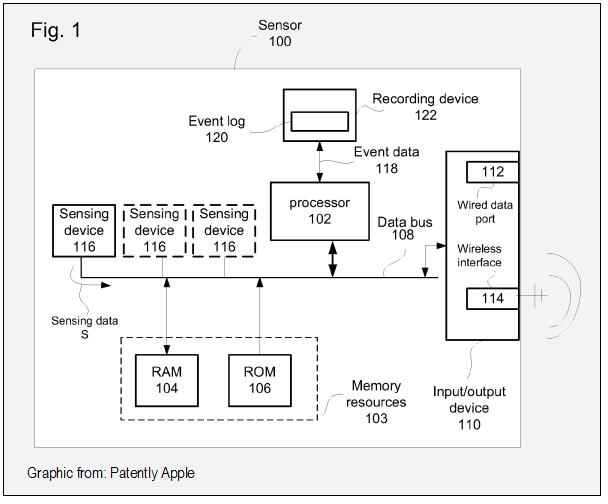 The small size and lightweight of many popular portable electronic consumer products (media players, cell phones, and laptops) make such products particularly susceptible to events (e.g., dropping, immersion in water, exposure to temperature extremes, humidity, etc.) that can render them either completely or partially inoperable. For example, a severe shock or vibration can render display elements of a display on a portable electronic device inoperative. Sometimes, as a result, a user may request that the manufacturer repair the damaged device. Moreover, the user may also request that such repairs be made free of charge if the user believes the damage is a result of a product design defect or covered by a manufacturer's warranty.

It is therefore important for the manufacturer to be able to determine if the damage to the device was caused by product defect or by warranty voiding user actions. Such user actions include, for example, abusive behavior (e.g., immersion in water, dropping, throwing, etc.), unauthorized opening of the device housing, improper battery charging, etc. By being able to determine the likely cause of the damage, the manufacturer can distinguish defects from improper use. By recording relevant information, the manufacturer can also save the time and expense of dealing with device owners who may or may not understand the source of the problem.

The invention pertains to methods, systems, and apparatus for recording an event and associated event data in a portable electronic device. The recorded event data can be used at least to evaluate an operational status of a portable electronic device such as media players, cell phones, laptop computers, and the like. In one embodiment, the portable electronic device includes appropriate event monitoring and recording capabilities that can take the form of a standalone sensing unit. By providing monitoring and recording capabilities, more efficient and accurate fault analysis can be provided that, in turn, can facilitate product design and may reduce cost of repair by more clearly delineating if any recorded event (usually user initiated) has voided a current product warranty.

Apple credits David Tupman and Anthony Fadell for granted patent 7,589,629, originally filed in February 2007. This tool could provide Apple with the means of denying coverage for repairs under warranty. Of course you'd have to be a bit of a skeptic to believe that.

Granted Patent: Systems and Methods for Determining the Configuration of Electronic Connections 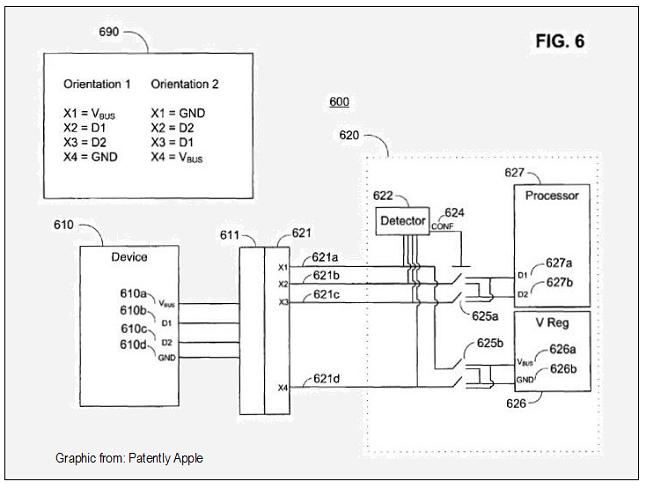 Apple's summary states that "Systems and methods for determining the configuration of electronic connections by measuring an electrical characteristic of a connection are provided. Using the measured electrical characteristic, a device is able to select an appropriate communication interface, such as serial, Universal Serial Bus (USB), FireWire, parallel, PS/2, etc. Once the appropriate communication interface has been selected, the device can subsequently configure itself to communicate using the selected interface. In accordance with the principles of the present invention, one connector can facilitate communication using multiple interfaces. This could allow a device with a single connector to communicate with multiple types of devices. This one-connector approach saves both space and money, as well as making the act of mating two connectors easier for the end user.

Systems and methods which determine the physical orientation of a connector may also be provided alone or in combination with such systems and methods for selecting communication interfaces. In accordance with the principles of the present invention, symmetrical connectors with multiple mating configurations can be used. A device can determine the orientation of a connector relative to another connector and properly route the signals from a connector according to the detected orientation. This type of design can save the end user time and frustration when coupling connectors together."

Hot Unpluggable Media Storage Device: Recently, techniques have been developed that allow the insertion and removal of peripheral devices from external slots or connectors of a computer system while the computer system is active. This is generally referred to as "hot plugging" or "hot unplugging." These techniques prevent electrical damage to the components but are often unable to configure the software structures needed by the operating system in order to utilize the peripheral device. Broadly speaking, the invention relates to improved techniques for rendering a peripheral device removable (e.g., unpluggable). For more information on this patent, see granted patent 7,590,773.