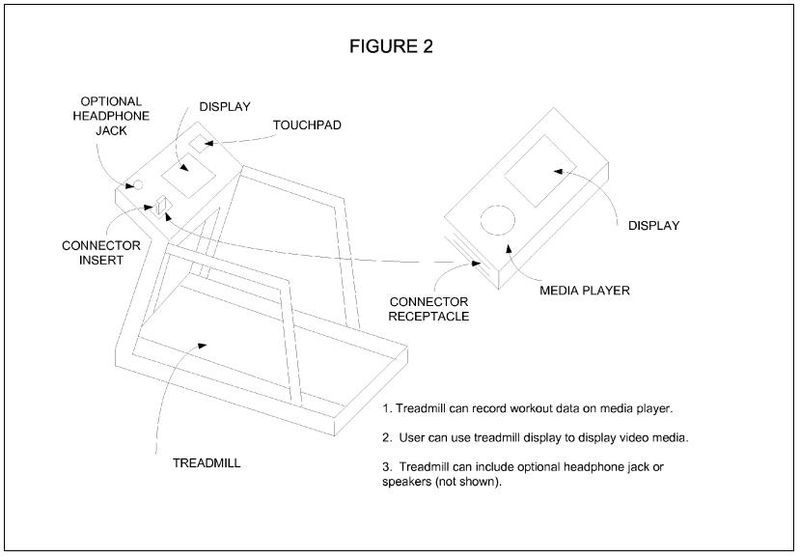 Apple's patent FIG. 2 illustrates a data workout recording system including a media player such as Apple's iPod or iPhone and a treadmill. The treadmills will range from very simple with no displays right through to very high-end systems with touch displays. The patent also references other compatible forms of gym equipment that will be able to use Apple's media system including a stationary bike, elliptical stepper, various weight machines and/or other gym or cardio equipment.

The sports media system will also be able to work with other types of information. For instance, if the equipment is in a gym facility within a hotel, specific information relating to that hotel may be displayed for the user's convenience – be it about various hotel restaurants and services or local city news and weather.

One of the more interesting aspects of this patent is that the sports media system will allow your workout data to be uploaded directly to your home computer if that's more convenient for the user. It could also allow you to review your current workout stats with previous workouts on advanced equipment with displays and internet connections. Those familiar with the Nike + iPod program know the value of comparing stats as a means of motivation. Although the program is likely geared for the Nike + iPod program, the patent does generically state that the data could be transferred via iTunes directly. Whether this is referring to a new upcoming iTunes feature is unknown at this time.

Uniquely, the sports media system will initially prompt the user as to whether the workout should be recorded. If not, the user could, depending on the equipment chosen, opt to use their media player to watch a movie or simply listen to music or a podcast.

Another exemplary embodiment of the present invention provides real-time, head-to-head competition. These competitions may be between two or more people in one or more locations. Competition data may be shared and displayed to each user. Data may be shared using a wired, wireless, or optical link over a cellular, Internet, LAN, or other type of network. 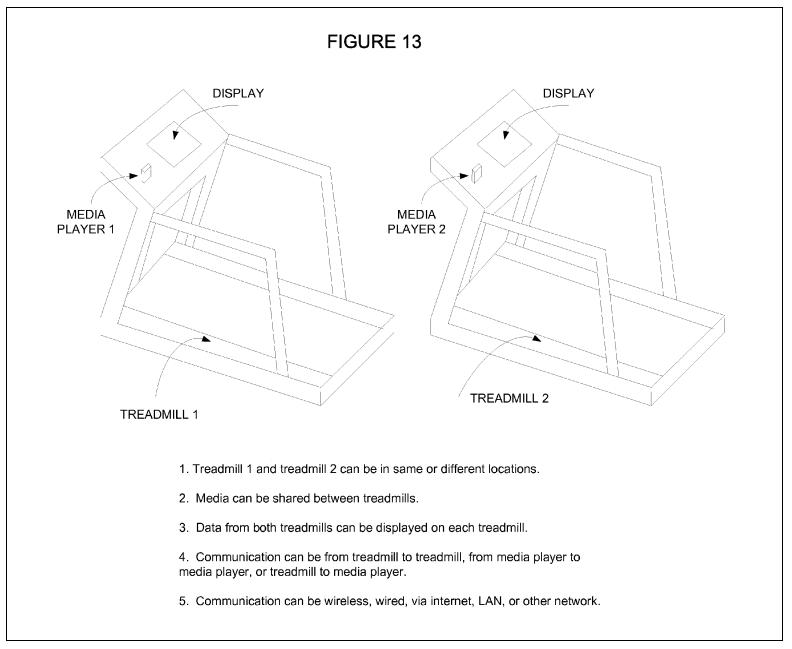