The US Patent and Trademark Office officially published a series of five newly granted patents for Apple Inc. today. The patents reveal three new design wins for Apple which includes one for their now defunct first generation iPod Shuffle, one for their LED Cinema  Display and another for their hot and lickable MacBook Air.  The remaining patents cover a technology relating to Final Cut Pro and another relating to media player dismounting, a technology which Apple just updated in a new July filing. 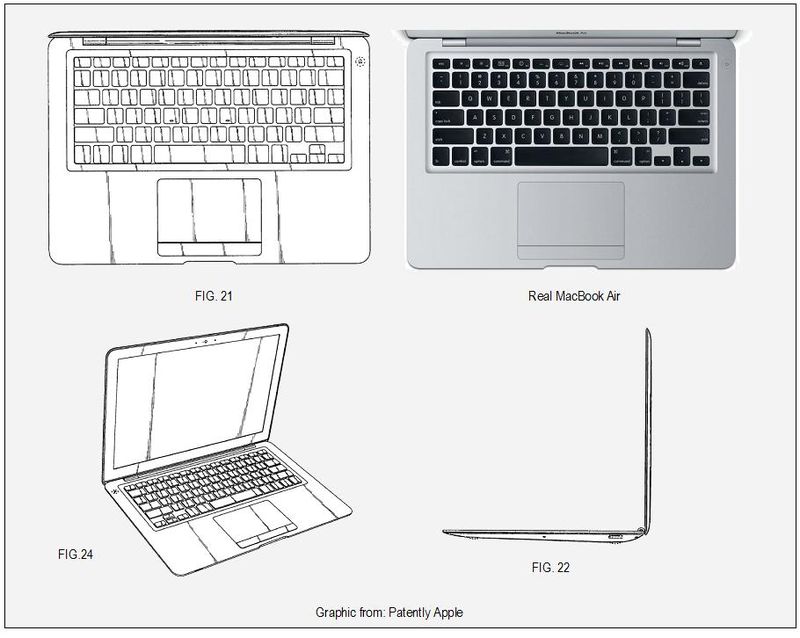 Apple's CEO Steve Jobs introduced the MacBook Air notebook during Macworld 2008. D600,688. NBC's Today Show co-host Meredith Viera said in jest when reviewing the new lusty MacBook Air,  that if you lick it, you own it. 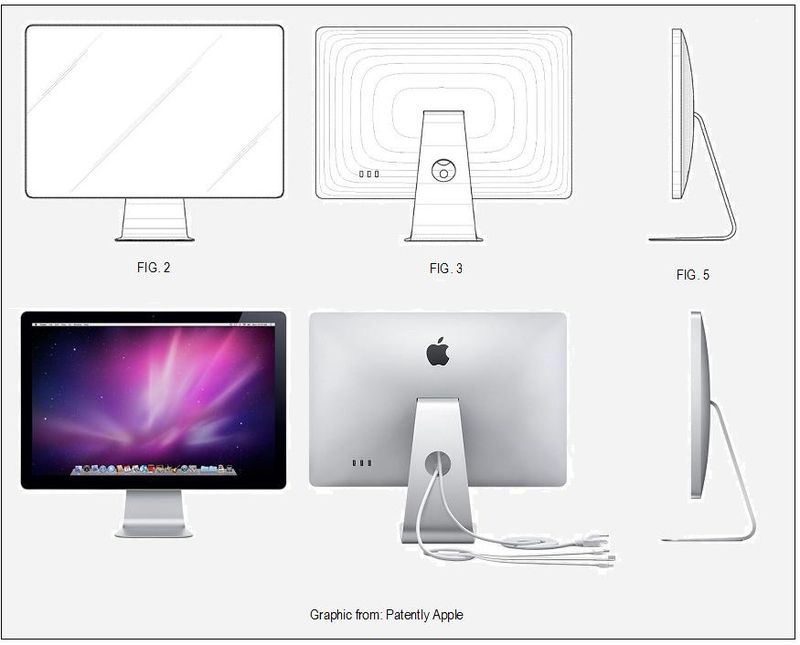 In October 2008, Apple introduced their new 24" LED Cinema Display. The display sports an internal iSight camera, microphone, and speaker system. It is the first Apple Cinema Display to use LED backlighting and the Mini DisplayPort for connection.

Apple's first generation iPod Shuffle was introduced at MacWorld, January 2005. The illustration below presents us with both the real iPod Shuffle's front and rear views along with patent figures 9A-C which shows us the USB connector under the shuffle's bottom cap. This particular design was retired in September 2006. 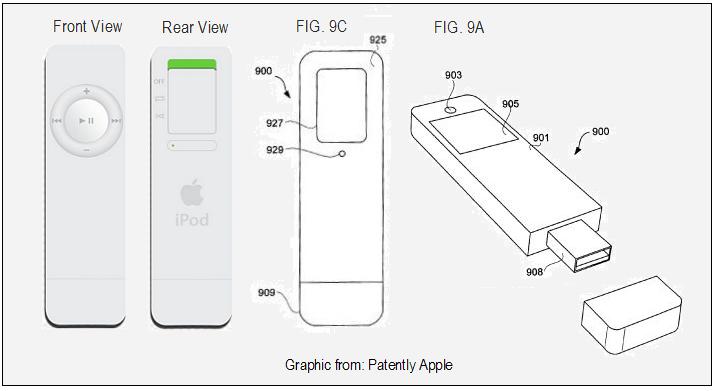 Apple credits their CEO Steve Jobs along with Anthony Fadell and Jonathan Ive as the inventors of granted patent 7,593,782, originally filed in January 2005. 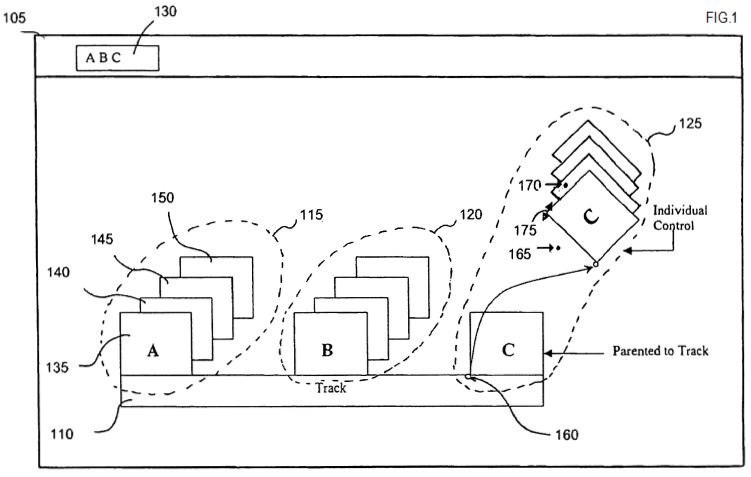 Apple credits Tom Langmacher and Mary Massey of Washington as the inventors of granted patent 7,594,180 which was originally filed in May 2004.

Granted Patent: Reducing Dismount Time for Mass Storage Class Devices: Apple's patent generally relates to diminishing the time it takes to dismount from plugging in your iPod or iPhone. It should be noted that Apple just updated this technology in July.

Notice: Patently Apple presents only a brief summary of patents with associated graphics for journalistic news purposes as each each such patent application and/or Granted Patent is revealed by the U.S. Patent & Trademark Office. Readers are cautioned that the full text of any patent application and/or Granted Patent should be read in its entirety for further details. For additional information on any granted patent noted above, simply feed the individual patent numbers into this search engine. To read this report in another major language, check out Yahoo! Babel Fish.