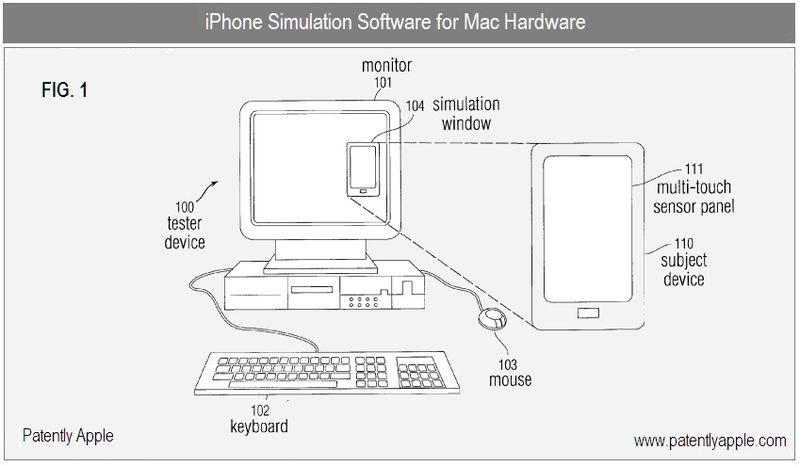 On August 27, 2009, the US Patent & Trademark Office published a patent application of Apple's which generally relates to multi-touch gestures in general, and more specifically to simulating multi-touch gestures utilizing a personal computer or workstation mouse.  In light of the upcoming Microsoft Zune HD with touch capabilities matched up with personal computers with touch capabilities, such as the HP TouchSmart, today's patent seems a little behind the curve. This particular patent is primarily aimed at iPhone and iPod touch developers needing to develop touch software on a personal computer that doesn't have a touch screen - like today's iMac. Apple proposes providing developers with emulation software that would simulate iPhone or iPod touch gestures using their mouse. If anything, the patent would explain why Apple brought advanced gesturing to the MacBook Pro and MacBook Air and even suggest that these trackpads will get more sophisticated over time to support Apple's simulated-iPhone developer software. 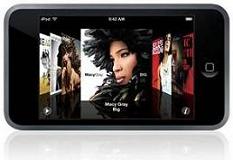 On August 25, 2009, the US Patent and Trademark Office officially published a series of seven newly granted patents for Apple Inc. today. The notables within this group include one pertaining to Apple's iTunes in relation to Cover Flow in iTunes for computers and portables; another relating to Apple's Safari feature known as SnapBack, and other minor patents covering such topics as Apple's Power Adapter and Universal Dock.

The US Patent and Trademark Office officially published a series of six newly granted patents for Apple Inc. today. The notables within this group include one related to Apple's video conferencing system known as iChat along with a group of three design wins covering the iPod Classic, third generation iPod nano and Apple's wireless keyboard as shown below. Steve Jobs and Jonathan Ives are amongst those listed as the design team responsible for today's granted design patents.

On August 13, 2009, the US Patent & Trademark Office published Apple's patent application titled Embedded die system and method.  In this patent, Apple states that "miniaturization may be described as a continuing trend in technology toward ever-smaller scales for devices. Miniaturization may include reducing the size of a specific device. For example, transistors, capacitors, inductors, resistors, and diodes may be reduced in size, while retaining the same operational characteristics. One of the prime examples of miniaturization in this patent includes that of a phone, which would support the notion of the nano phone. Other interesting devices listed included that of a watch and portable television. This particular patent primarily focuses on a die integral to a substrate via a cavity or aperture in the substrate.