On June 11, 2009, the US Patent & Trademark Office published an Apple patent generally relating to a method and system for prolonging emergency calls on the iPhone. The patent also details how an emergency phone call is made more difficult to disconnect by accident, how it preserves battery life by disabling non-essential hardware components – and how emergency mode enables emergency-phrase buttons on the iPhone that could easily communicate with an emergency operator your location (supported by GPS), a specific condition and/or the fact that you're unable to speak due to your emergency condition. 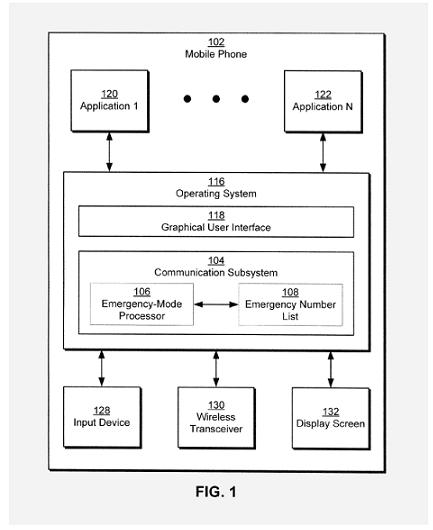 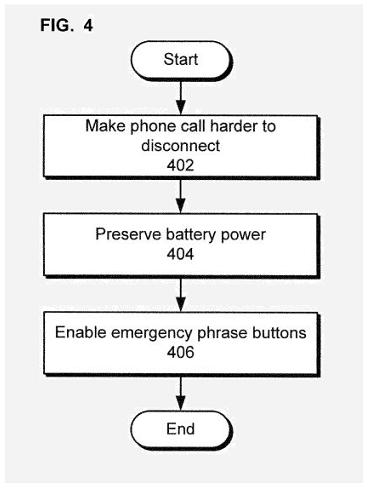 Apple's patent FIG. 4 is a flow diagram of the process of activating the emergency mode.

IMPORTANT: You should not rely on wireless devices for essential communications, such as medical emergencies. Use of any cellular phone to call emergency services may not work in all locations. Emergency numbers and services vary by region, and sometimes an emergency call cannot be placed due to network availability or environmental interference. Some cellular networks may not accept an emergency call from iPhone if it doesn’t have a SIM, if you locked your SIM, or if you haven’t activated your iPhone.