On June 4, 2009, the US Patent & Trademark Office published a patent application from Apple that reveals various concepts behind a newly advanced multi-touch scroll-wheel in development. Apple's current iPod Classic uses a single-point contact Click-Wheel which severely limits the types of applications that could be controlled on this iPod. Today's patent advances a new concept of multi-touch instructions that could go beyond circular motions to that of a wide range of input. Different regions of sensor elements can aid in sensing gestures that traverse the center of the scroll wheel. For example, linear motion, such as a swipe across the scroll wheel, would support an app like Cover Flow. Multitouch input would also enable zooming applications that could be used with an iLife app like iPhoto or an iWork app like pages or better yet, keynote. Apple introduces us to "Gesture mode" that will activate these advanced features. Lastly, if Apple's FIG.1 noted above is to be taken at face value, then it would indicate that the iPod Classic could be getting a much larger display and smarter scroll wheel. Considering the apps it will be able to run, it stands to reason. Whether this pops up during Apple's WWDC next week is unknown – but it's not that much of a stretch. Traditionally however, patents don't always translate to market that quickly. We could hope though. 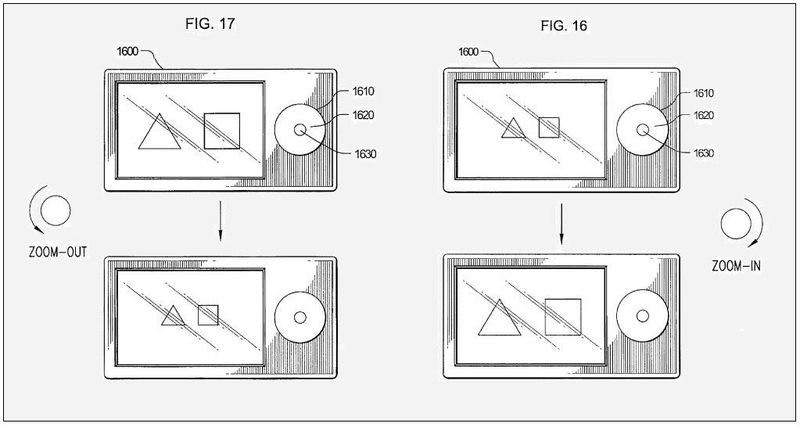