On March 26, 2009, the US Patent & Trademark Office published one of Apple's patent applications addressing a new in-vehicle navigation system which could either be in the form of a hardwired or mobile device. A mobile device is noted in the form of an iPhone, iPod touch or a new tablet computer which has yet to surface. The integration of very sophisticated sensory technologies specific to in-vehicle functions, such as vehicle motion sensors or a seat-belt specific sensor, assures us that Apple is working diligently with many of the car companies in North America and abroad. It also would suggest that future vehicles will allow for easy iPhone dashboard integration, the likes yet unseen. The proposed navigation system would also implement advanced biometrics to confirm whether the driver, passenger or stranger is attempting to access the system. In safety mode, the navigation system could lock out functions such as text messaging, web browsing and so forth while the vehicle is in motion. Lastly, the future navigation system will also allow for hands free voice command functionality to chart a new vehicle route or to either call out or answer an incoming phone call. Further integration into vehicle dashboards will help to drive iPhone sales in the future. 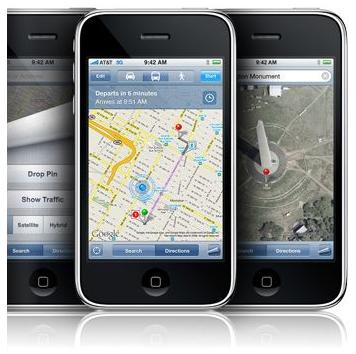 Today, Apple's website covers the basics of Maps with GPS here. This of course relates in many ways, to the patent application that was published today by the USPTO. Apple points here to several key functions and/or features as noted below:

Get directions: Get directions to wherever from wherever. View a list of turn-by-turn directions or follow a highlighted map route and track your progress with live GPS tracking.

According to Apple's latest patent application, it's quite evident that Apple is preparing to go beyond these basics and be further integrated into the vehicle itself. 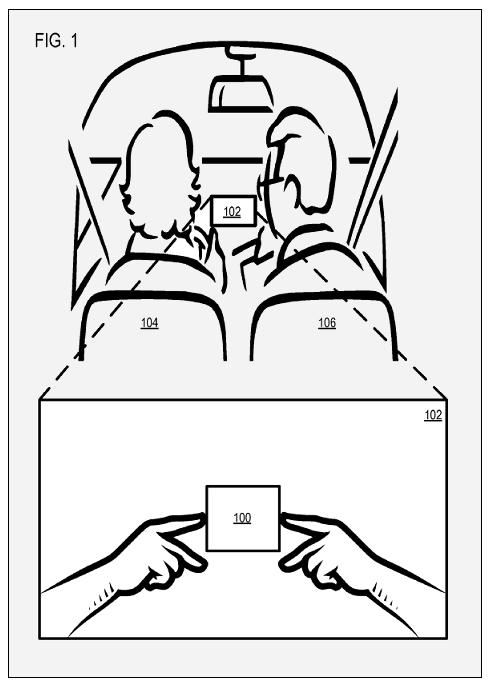 Apple's patent FIG. 1 clearly illustrates their intent of delivering an in-vehicle navigation system, noted here as patent point 102. The system will adjust to left or right side drivers depending on the country of origin. The system is designed to work with input from the driver or front passenger.

How will the in-vehicle navigation system know who the driver or passenger is? According to the patent, Apple will implement a biometric sensor that could integrate into the iPhone and/or in-vehicle navigation system itself. The system will store intrinsic physical traits of the users. For example, the biometric sensor may be a fingerprint sensor, voice recognition sensor, iris recognition, or other sensor used to recognize a user identity. The recognizing factors can be stored in navigation device 102 where the factors can be used to configure usability information for users of system 102. For example, a fingerprint can be stored for a vehicle owner which can be configured to enable use of navigation system 102 at all times without limitation. At some point, the vehicle owner may store biometric information about other drivers in the family and place restrictions on the users.

In operation, the navigation system can detect touch input based on an angle of a user's finger or fingers, a biometric or other sensing capability. The touch input detection can be used to determine whether a driver or passenger can gain access to navigation system. In particular, the input detection can be configured to allow or disallow some or all functionality with the navigation system. For example, based on the angle of touch input, a user may be granted partial use of system, such as canceling a route or receiving directions to home. Other functions, such as using the mobile phone, text messaging, and other navigation functionality may be locked out until the user is no longer driving and/or moving the vehicle.

The navigation system will be able to accommodate one or more input/output devices and/or sensor devices. For example, a speaker and a microphone can be included to facilitate voice-enabled functionalities, such as navigation, stereo, and phone functions. In some implementations, a loud speaker can be included to facilitate hands-free voice command functionalities, such as voice activated entry for requesting driving directions.

The level of in-vehicle integration is evidenced by Apple's inclusion of multiple-sensor types that could communicate with very sophisticated on-board computers from various manufacturers, as you're about to lean.

Seat Sensor: In some implementations, a seat sensor can be included to engage safety features for enabling or disabling the navigation device while the vehicle is in motion. For example, while the vehicle is in motion, the seat sensor can be used to facilitate the detection of a particular payload in a one or more of the vehicle seats. In response to the detection, the navigation device 102 can engage the touch-sensitive display 100 to lock, unlock, become operable, or become inoperable, to one or more users based on the sensor trigger. As an example, the system 102 can be preconfigured to allow use of the navigation system functionality by a passenger, but not a driver. In some implementations, the configuration can be based on the seat sensor having a particular weight. For example, if weight is not detected in the passenger seat, the navigation system may be configured to disallow use of functionality related to entering new destinations or any operation that may take the driver's attention away from the road for too long while the vehicle is in motion.

Seat Belt Sensor: In some implementations, a seat belt sensor can be included in navigation system 102 to determine whether a passenger is present in the vehicle. For example, if the passenger side seat belt is fastened, the navigation system may allow usage to the passenger entry of input. The allowed usage may be further scrutinized based on detection of the angle of the input provided on the touch-sensitive display 100 (e.g., angle of the user's finger at the touch point relative to a predefined reference frame). The angle detection can provide the navigation device 102 with the functionality to determine whether a driver or passenger is operating the navigation system. As such, the combination of any or all of a seat sensor, seat belt sensor, angle detection, or other sensors can determine which user provided input to system 102.

Infrared Sensor: In some implementations, an infrared sensor can be included in navigation system 102 to detect body heat from a passenger position or driver position. The infrared sensor can measure infrared light radiating from one or more objects in a field of view. In one example, a passive infrared (PIR) based motion detector could be implemented in order to detect apparent motion. In particular, apparent motion is detected when an infrared source with one temperature, such as a human, passes in front of an infrared source with another temperature, such as a vehicle seat. The difference in the temperature could be used to determine whether a passenger is in the vehicle and operable to input data into device 102, for example.

Proximity Sensor: In some implementations, a proximity sensor can be included in navigation system 102 to facilitate the detection of the user providing input during use and, in response, to disengage the touch-sensitive display 100 to prevent accidental function invocations while the device displays driving directions, for example. In some implementations, the touch-sensitive display could be turned off to conserve additional power when the navigation device is not in use. Other operations on system 102 could also be allowed or disallowed based on sensing technology. For example, navigation system 102 could lock out functions such as text messaging, mobile device, browsing, and such, based on biometrics, vehicle movement, proximity, and the like. 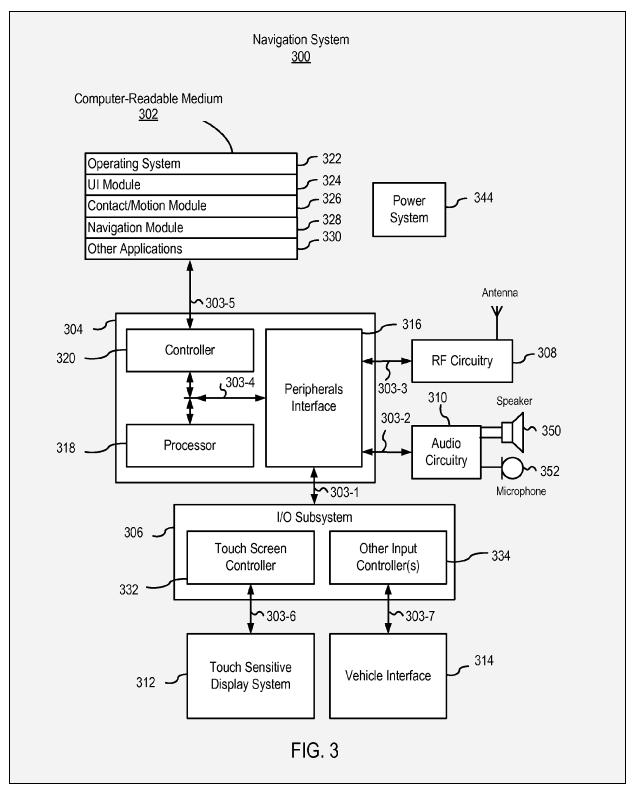 Apple's patent FIG. 3 noted below is a block diagram of an example system architecture for the navigation system described herein.

Inventor: Apple lists Joshua V. Graessley (Sunnyvale, CA) as the sole inventor of patent application number 20090082951, which was originally filed in September 2007.   For more information on this patent application, simply feed the assigned patent number noted above into this search engine.