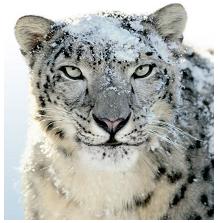 On June 13, 2008, the US Patent & Trademark Office published Apple's latest trademark titled 'Snow Leopard' under application 77494086. Apple filed their trademark in the U.S. under International Class 009 covering computer software and computer operating system software. Apple's London filing under application 006974752 added International Classifications 16, 38 and 42 which are fully outlined below. Apple asserts a claim of priority based on Trinidad and Tobago application number 39830 and claims ownership of U.S. Registration Number 3386175.