On May 1, 2008, the US Patent & Trademark Office published one of Apple's patent applications disclosing embodiments relating to a user interface, and more particularly, to a user interface for call waiting and conference calls. While the patent discusses one of the interfaces of a cell phone being that of the current all touch iPhone, the patent delves into variant interfaces that utilize a click wheel or touch pad. 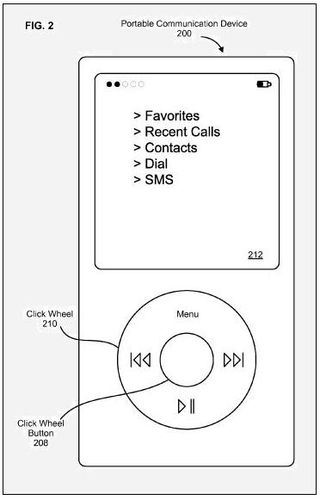 Apple's patent FIGS 4A-4F noted above illustrate exemplary graphical user interfaces for conveying information regarding multiple callers. You could find detailed information concerning each of the steps noted above in the patent link provided under patent points 59 to 67.

Apple lists their CEO Steven P. Jobs along with the following engineers as the inventors of this patent: Greg Christie, Bas Ording, Imran Chaudhri and Scott Forstall. Apple's patent 20080100693 was originally filed in October 2006.