On April 17, 2008, the US Patent & Trademark Office published Apple's patent application titled "Head Mounted Display System."  Apple's patent generally relates to head-mounted display systems. More particularly, the present invention relates to improved arrangements for processing and displaying images in a head-mounted display system. Many have been calling for such an apparatus and the subject was covered in my 2006 report titled Apple, scrollable displays and iPod Shades. Apple's laser based binocular near eye display system could apply to glasses, goggles, a helmet or other gear not specified. The bottom line is that iPod Shades are on their way!

Apple's patent FIG. 8 gets to the heart of the matter. It's a diagram of a head mounted display apparatus with integrated fiber optic line [point 202] and electrical lines [point 204], in accordance with one embodiment of the present invention. 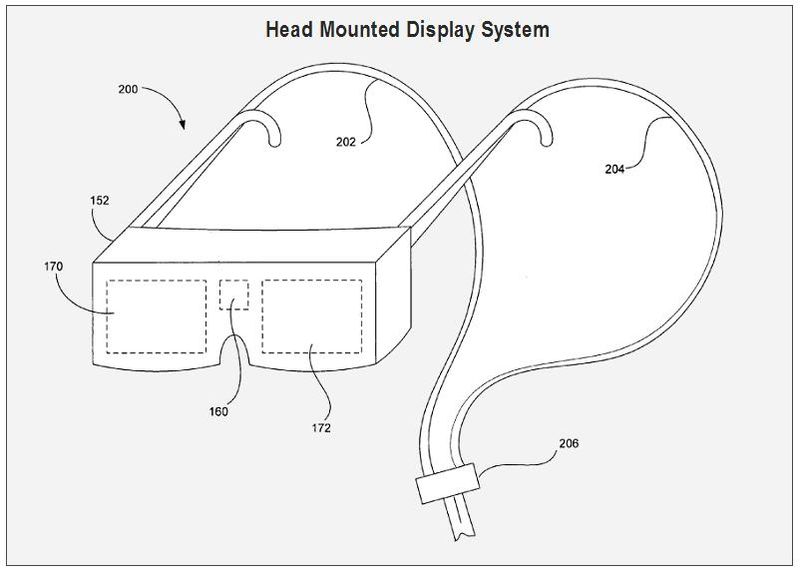 Apple's patent FIG. 2 below is a simplified diagram of a binocular near eye display system 10, in accordance with one embodiment of the present invention. 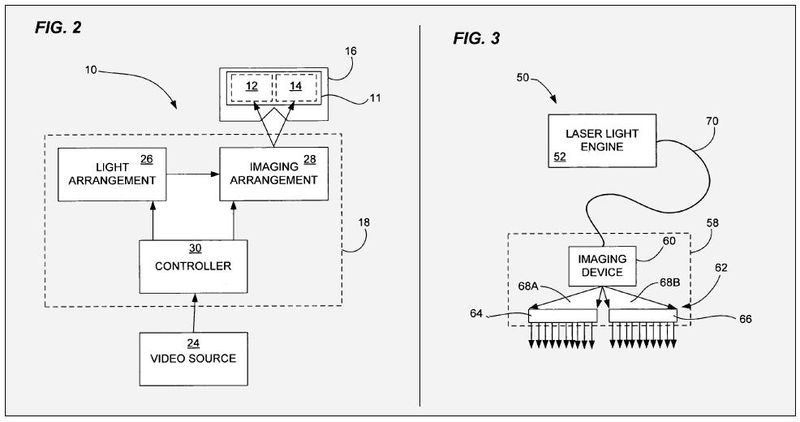 The binocular near eye display system 10 is configured with a display unit 11 that displays video information directly in front of a viewers eyes. The display unit 11 is typically mounted on wearable head gear 16 that places the display unit 11 in its correct position relative to a viewer's eyes. The wearable head gear 16 may for example be embodied as a pair of glasses, goggles, helmets and/or the like. This arrangement is sometimes referred to as head mounted display glasses (or HMD glasses). FIG. 3 is a block diagram of a laser based binocular near eye display system, in accordance with one embodiment of the present invention. 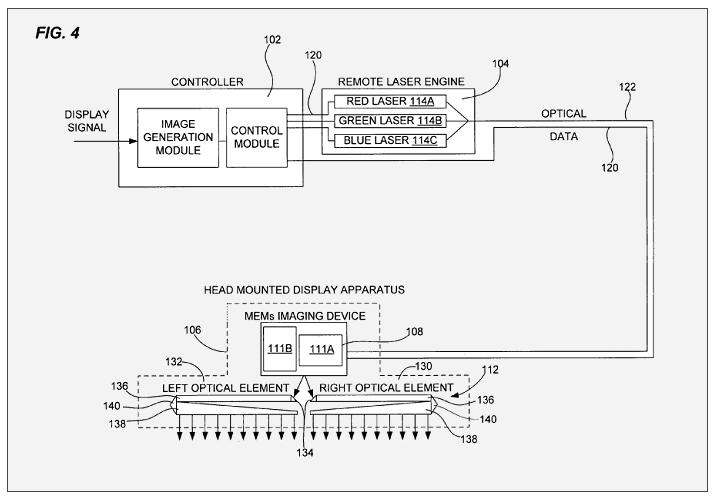 The remote video controller is configured to receive a display signal from a display source and divide the image frames of the display signal into left and right images. In one embodiment, this is accomplished by simply duplicating the images frames into two image frames. In other embodiments, additional operations can be performed when dividing the image frames as for example translating the images by some fraction in the horizontal plane such that the left and right images are slightly different. This may be done to create stereoscopic images. The remote video controller is also configured to convert the right and left images into colored pixels and generate synchronized RGB and image control signals for creating each of the colored pixels. The RGB control signals are sent to the remote laser engine and the image control signals are sent in parallel to the MEMs image device 108 located at the head mounted display apparatus. This is generally accomplished using separate data lines 120. 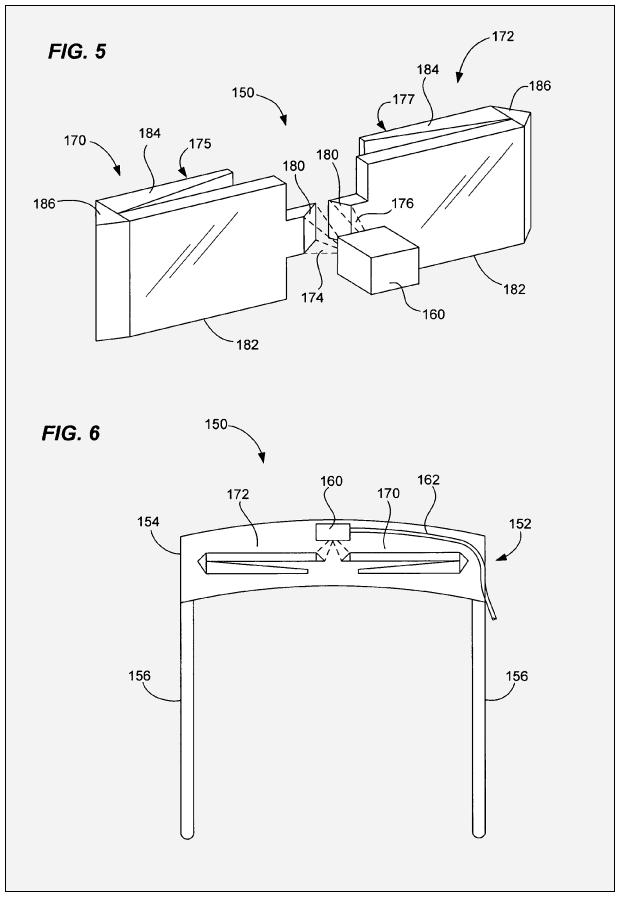 Apple lists the sole inventor of patent 20080088937 to be John Tang (San Carlos, CA).  A second related patent titled "Enhanced image display in head-mounted display" found under application number 20080088529 could provide you with additional information. A third patent on this matter to consider reading is titled "Peripheral treatment for head-mounted displays" found under application number 20080088936.