On January 3, the US Patent & Trademark Office published Apple's patent application titled "Integrated monitor and docking station." This timely patent presents us with a glimpse into a new iMac-like docking station that Apple has been working on since 2006. Two of the unique features presented in this patent include a telephonic handset and a liquid cooling system. With product launches at MacWorld 2008 likely to include notebooks, a notebook companion like this proposed docking station could be the surprise launch of the year. 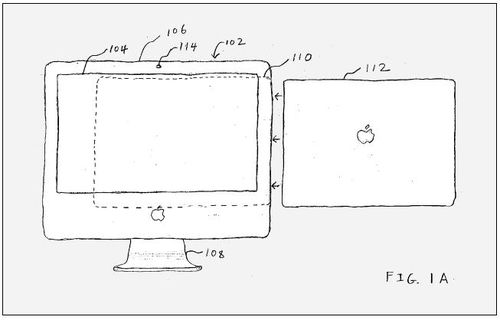