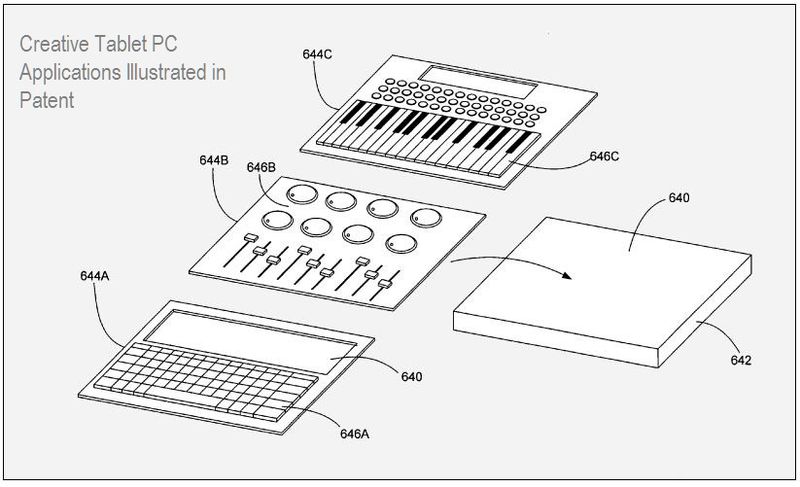 On November 16, the US Patent & Trademark Office published Apple's patent application titled "mechanical overlay" which was originally filed in May 2005. Apple's patent relates generally to overlays for touch sensing devices. More particularly, the present invention relates to mechanical overlays that include one or more mechanical actuators that provide touch inputs to the touch sensing devices. This powerful patent provides several great examples of mechanical touchscreen overlays which could be used with a future iPod, cell phone, PDA, remote control or gaming device. Furthermore, the patent provides us with a unique glimpse into how touchscreens will eventually replace traditional MacBook keyboards in addition to providing users with the ability to transform the new keyboard-GUI into being a piano keyboard amongst other great and fun applications.

Apple's iPod: Patent FIG. 16C is a diagram of a mechanical overlay 654C for a Music Player operations. As shown, the mechanical overlay 654C includes a horizontal scroll wheel 672 and five buttons, four periphery buttons 674 and one center button 676. The scroll wheel 672 allows a user to scroll through song lists via rotation of the mechanical scroll wheel, the periphery buttons 674 allow user to select previous or next, play/pause or go back to the main menu, and the center button 676 allows a user to make selections. 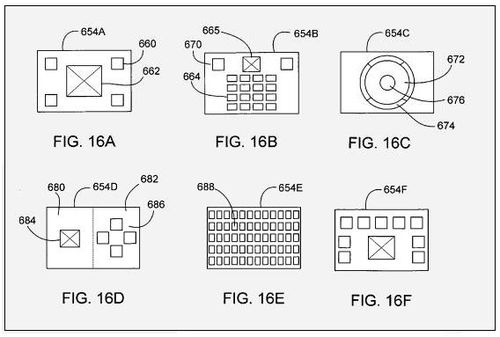 Notice: Patently Apple presents only a brief summary of patents with associated graphic(s) for journalistic news purposes as each such patent application and/or granted is revealed by the U.S. Patent & Trade Office. Readers are cautioned that the full text of any patent application and/or grant should be read in its entirety for further details. For additional information on today's patent(s), simply feed the individual patent number(s) noted above into this search engine.