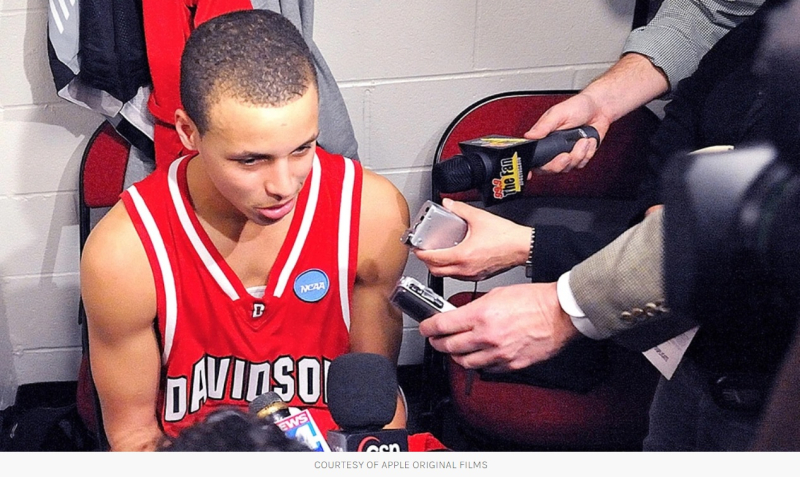 The Apple Original Films documentary "Stephen Curry: Underrated," premiered at the Sundance Film Festival. It begins with NBA Hall-of-Famer Reggie Miller reading from a withering scouting report for Stephen Curry. The report, written about the Davidson star ahead of the NBA draft, questions Curry’s athleticism, his size and his ability to withstand the physicality of the professional game. Nearly two hours later, the documentary ends with Miller hailing the way Curry and his style of play single-handedly changed the NBA.

Based on those bookends, it’s easy to predict every beat of Underrated. One might assume this will be yet another film about an athlete who was able to parlay a chip-on-the-shoulder attitude into greatness, complete with a predictable assortment of talking heads including various members of the Warriors dynasty, perhaps a legend or two and regular appearances from Curry’s wife, Ayesha, for humanizing.

Though the 34-year-old star has, as the doc makes clear, been overlooked and underestimated his whole life, the film looks at his desire to prove doubters wrong in two stages of his life. The present tense follows Curry’s eventful 2021-22 season, which saw him break the NBA record for career three-pointers, but also saw the Warriors stumble through a rough swing that brought skeptics out of the woodwork for the usual glib dismissals about how Curry and the team were past their peak.

Read the rest of The Hollywood Reporter review of the documentary, here