In a Battle with Amazon's Prime, Apple Original Films Landed a new film titled 'Flora and Son' at the Sundance Film Festival and more Apple has confirmed Deadline’s scoop on winning an all-night bidding battle against Amazon Prime for the John Carney-directed "Flora and Son," as Apple’s Heads of Worldwide Video Zack Van Amburg and Jamie Erlicht and their head of features Matt Dentler burned the midnight oil to make the label’s biggest Sundance Film Festival deal since they acquired CODA in 2021. That film went on to establish Apple as the first streamer to win the Best Picture Oscar, with the film also winning Best Adapted Screenplay for director Sian Heder and Best Supporting Actor for Troy Kotsur.

The three-year old Apple film label paid $25 million for CODA, and Flora and Son came in underneath that but it is certainly a pricey purchase — near the $20 million. That is more than the $15 million Apple paid at last Sundance for the Grand Jury Prize winner Cha Cha Real Smooth.

The outcome of the "Flora and Son" auction was anybody’s guess until early this morning, as Apple and Amazon battled for the title.

The deal for Flora and Son gives Apple another potential awards-season contender for next season to go along with the epic Killers of the Flower Moon. That Martin Scorsese-directed Eric Roth-scripted adaptation of the David Grann book that stars Leonardo DiCaprio and Robert De Niro could have been a contender in this awards season, but Scorsese needed more time. For more, read the full Deadline report.

On another front, Apple was recognized by the Academy of Motion Picture Arts and Sciences for deeply moving films that honor the human condition, as Apple Original Films land Academy Award nominations for Best Supporting Actor Brian Tyree Henry in "Causeway." 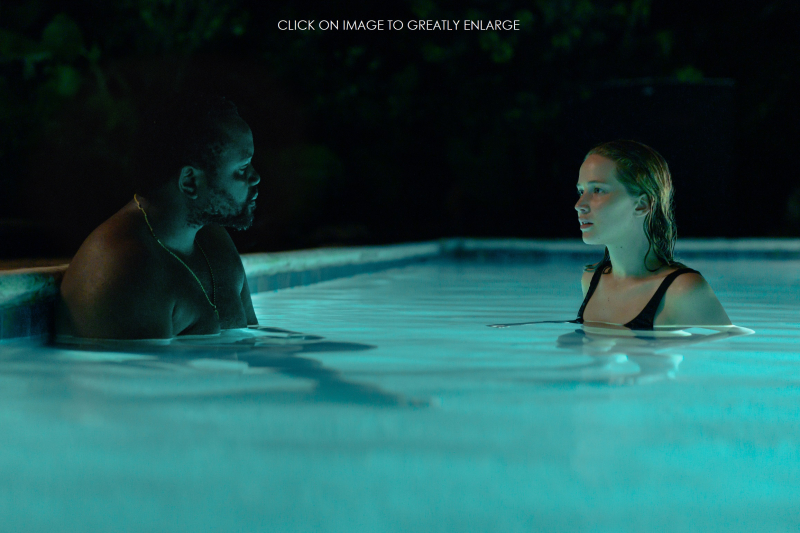 Apple also received a nomination for Best Animated Short for "The Boy, The Mole, The Fox and the Horse."

This despite the Oscar hopes of the superb Antoine Fuqua-directed and Will Smith-starring Emancipation didn’t materialize, with Academy voters clearly turned off by The Slap from the last Oscars that earned Smith a 10-year Academy ban.

Matt Dentler, head of features, Apple Original Films: "At Apple, our creative ambition is to bring powerful stories that celebrate our shared humanity to audiences across the globe and so we couldn’t be happier that the Academy today has recognized these hopeful, uplifting and moving films. The beauty of friendship and found families is explored in different but equally insightful ways in these two motion pictures and we are immensely proud of the nominees." For more read Apple's full press release.