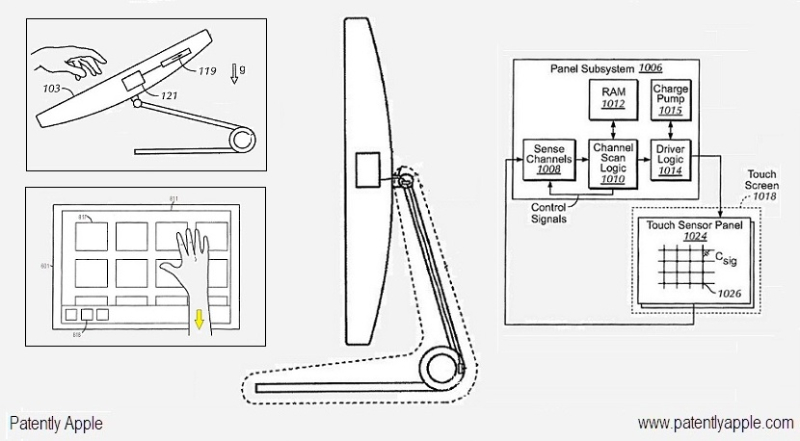 In October 2014, Craig Federighi dropped the guillotine on the possibility of an iMac with a touchscreen, contradicting a 2010 patent filing of theirs. Flash forward 8 years to October 2022 and Federighi wasn't saying no anymore. During a WSJ event with Joanna Stern, the question was: Will we ever see a touchscreen on a Mac. Federighi's response: Who's to say? That was a giant shift from his 2014 position.

This afternoon, Bloomberg reports that Apple is finally "working on adding touch screens to its Mac computers, a move that would defy long-held company orthodoxy and embrace an approach that co-founder Steve Jobs once called “ergonomically terrible.”

For years, some Apple customers have been asking for touch Macs, and the company made previous attempts to satisfy those users. In 2016, it launched the Touch Bar, a virtual strip on the keyboard that controlled functions. The feature was a dud, confusing consumers and never gaining enough steam with app developers. Apple discontinued the feature in 2021 on the high-end MacBook Pro."

A common argument at the time was that a touchscreen Mac would cause Gorilla arm. A nonsensical argument considering that no one uses a touchscreen on a PC all day. It's just for quick touches and in the case of 2-in-1 laptops, it's to accommodate digital pen input for drawing etc.

Bloomberg added that "Apple engineers are actively engaged in the project, indicating that the company is seriously considering producing touch-screen Macs for the first time, according to people familiar with the efforts. Still, a launch hasn’t been finalized and the plans could change.

Based on current internal deliberations, the company could launch its first touch-screen Mac in 2025 as part of a larger update to the MacBook Pro, according to the people, who asked not to be identified because the plans are private." For more, read the full Bloomberg report.

In August 2010 Patently Apple posted a patent report titled "The Mother Lode: Welcome to the iMac Touch." Perhaps Apple is finally taking the dust off that old patent - keeping in mind that the patented technology could also apply to a future 2-in-1 style MacBook to support Apple Pencil input.