Home Archives Contact Us Subscribe Twitter Facebook Patently Mobile
A German Patent filing from Apple relates to Eye Tracking technology for future HMDs, Contact Lenses, a Vehicle's HUD system+
Samsung files yet another Smartphone patent with a Display that could could expand via a Slide-Out Display mechanism 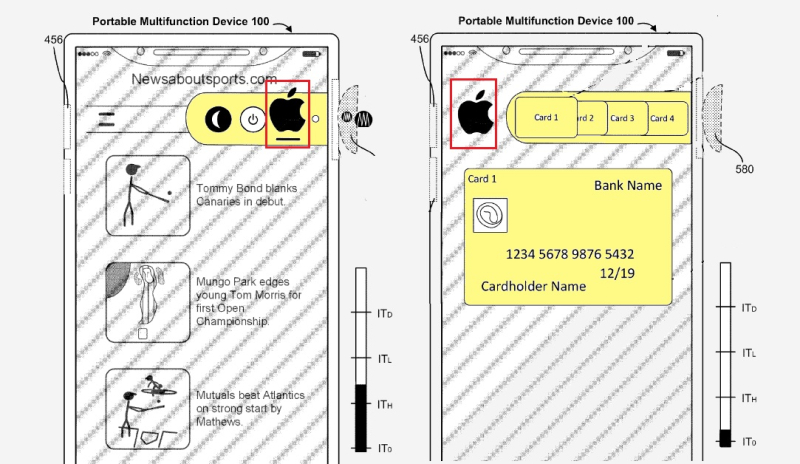 Back in October 2022, Ming-Chi Kuo tweeted about his research on Apple adopting a new "solid-state" button design for iPhone that will replace the current physical/mechanical button design.

Graphical User Interfaces For Interaction With An Intensity-Sensitive Input Region

Apple notes in their patent summary that there is a need for electronic devices with improved button methods beyond mechanical and solid-state that will provide interfaces, haptics, and/or audio feedback during interaction with an off-display input region (e.g., an intensity-sensitive side button or surface), which make manipulation of user interfaces more efficient and intuitive for a user.

There is also a need for electronic devices with improved methods and interfaces for providing additional functionality without cluttering up the display with more virtual controls or crowding the surface of the device with more hardware controls.

Such methods and interfaces optionally complement or replace conventional methods for providing additional function controls and providing feedback during interaction with a device using a button.

Such methods and interfaces reduce the number and extent of the inputs required from a user by helping the user to understand the connection between provided inputs and device responses to the inputs and reducing user input mistakes, thereby creating a more efficient human-machine interface.

The deficiencies and other problems associated with user interfaces for electronic devices with mechanical buttons are reduced or eliminated by the disclosed devices, which include one or more intensity-sensitive input regions (e.g., off-display intensity-sensitive buttons or surfaces located on peripheral sides of the device).

While the focus of the patent is on the new intensity-sensitive input regions being associated with a future iPhone, Apple expands it's possible future use with Macs, iPad and Apple Watch.

Below are just a few examples of a new off-display intensity-sensitive button system that may be in the works that covers new GUI's when interacting with side buttons covering accessing utilities and features like do not disturb, on and off, accessing your Apple Card, accessing emergency service and changing audio including a mute function (thank you Apple) and more. 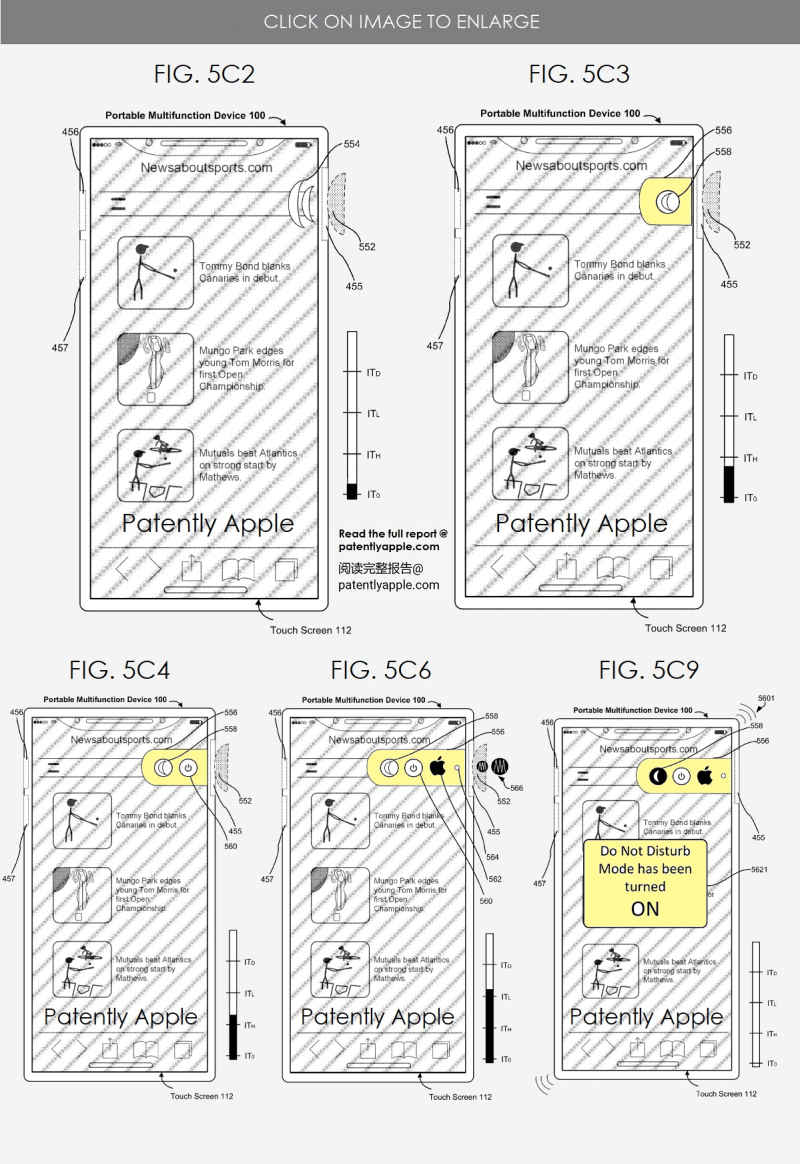 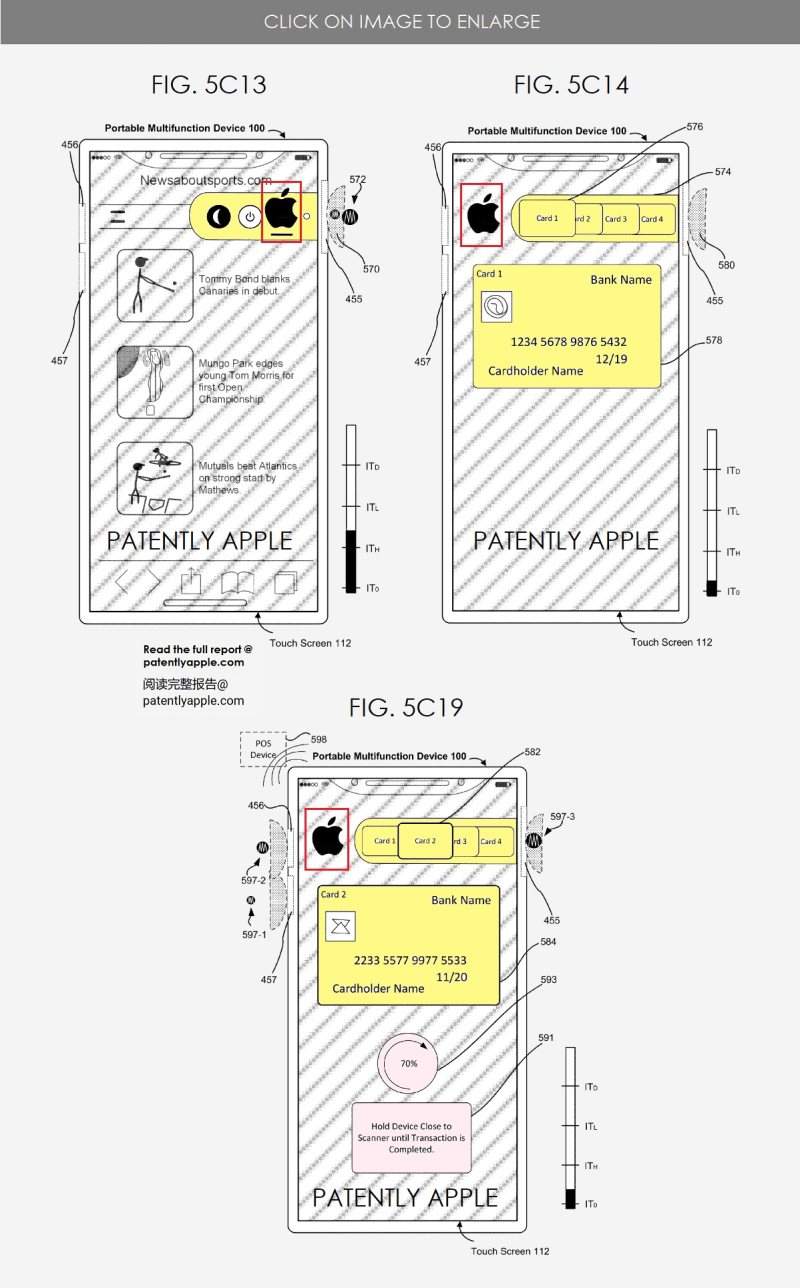 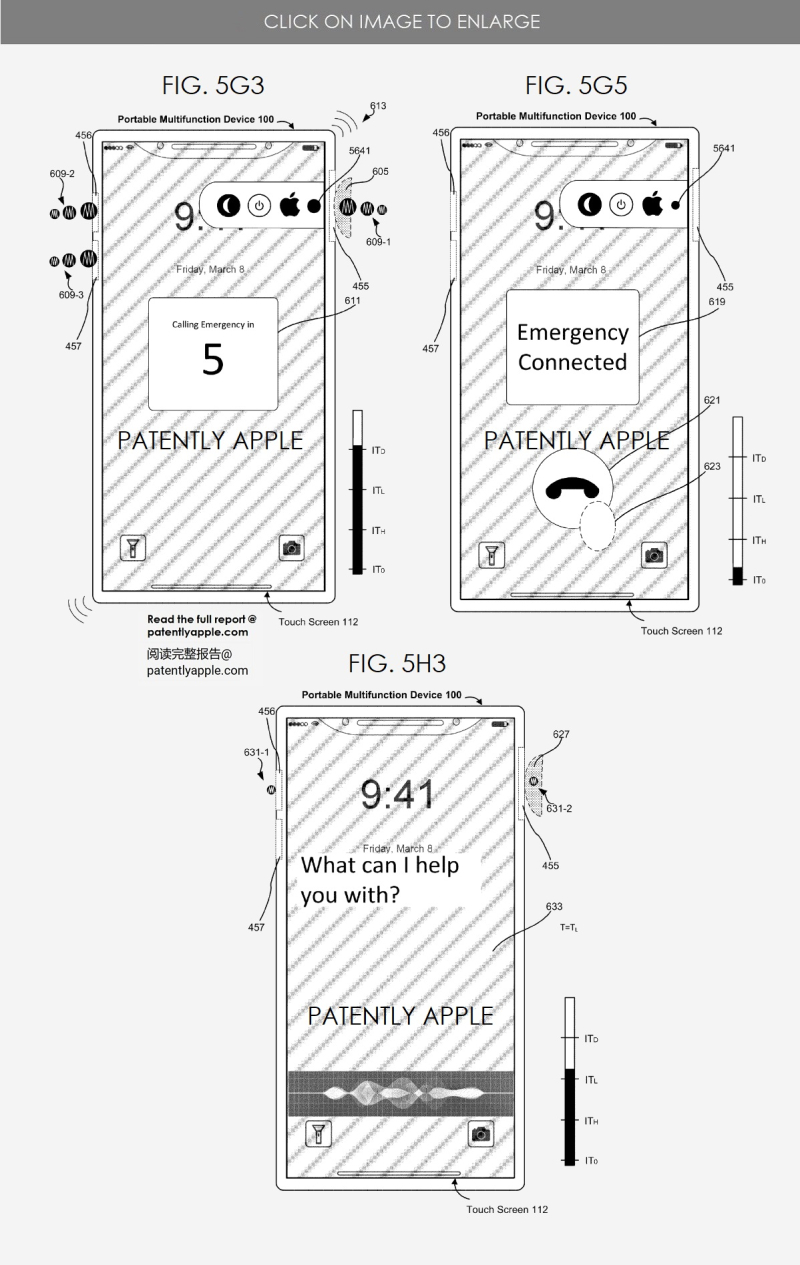 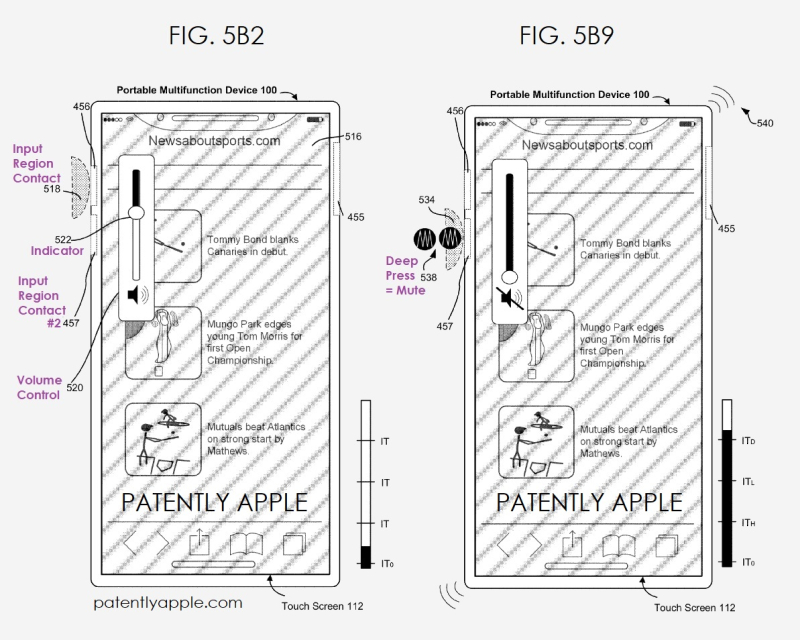 Apple also provided patent graphics relating to a new way of working with graphics, documents and more utilizing the iPhone's side buttons.

Will Ming-Chi Kuo's forecast prove to be correct, or will Apple go with a system that they themselves describe as superior to a solid-state button system? I think the latter will prevail.