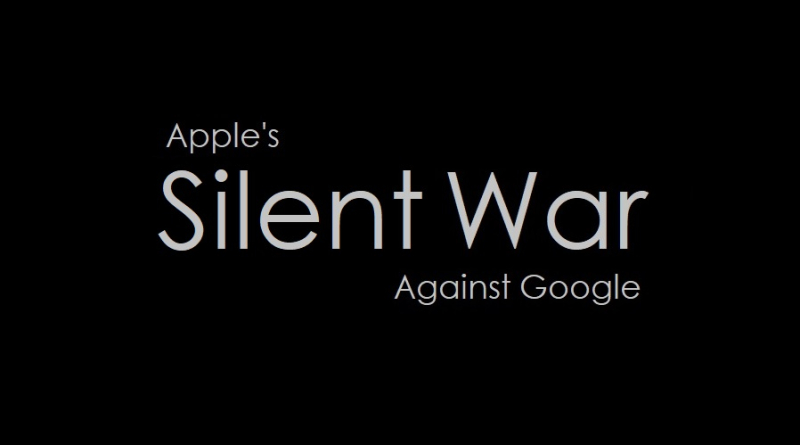 A new report this morning claims that Apple is taking steps to separate its mobile operating system from features offered by Google parent Alphabet, making advances around maps, search and advertising that has created a collision course between the Big Tech companies. The two Silicon Valley giants have been rivals in the smartphone market since Google acquired and popularized the Android operating system in the 2000s.

The Financial Times report further noted that "While the rivalry has been less noisy since, two former Apple engineers said the iPhone maker has held a "grudge" against Google ever since. One of these people said Apple is still engaged in a "silent war" against its arch-rival. It is doing so by developing features that could allow the iPhone-maker to further separate its products from services offered by Google.

The first front of this battle is mapping, which started in 2012 when Apple released Maps, displacing its Google rival as a pre-downloaded app. Cory Munchbach, chief executive of BlueConic: 'Apple is very well positioned to decouple from Google more and more, largely under the guise of consumer privacy.'

The second front in the battle is search. While Apple rarely discusses products while in development, the company has long worked on a feature known internally as "Apple Search," a tool that facilitates "billions of searches" per day, according to employees on the project. Apple’s search team dates back to at least 2013, when it acquired Topsy Labs, a start-up that had indexed Twitter to enable searches and analytics.

Displacing Google on the iPhone, and assuring users their web queries will not leak to third-party data brokers, would align well with Apple’s privacy-centric software changes and marketing campaign — while potentially delivering a huge hit to Google’s business."

For more on this interesting story, read the full Financial Times report from Patrick McGee.