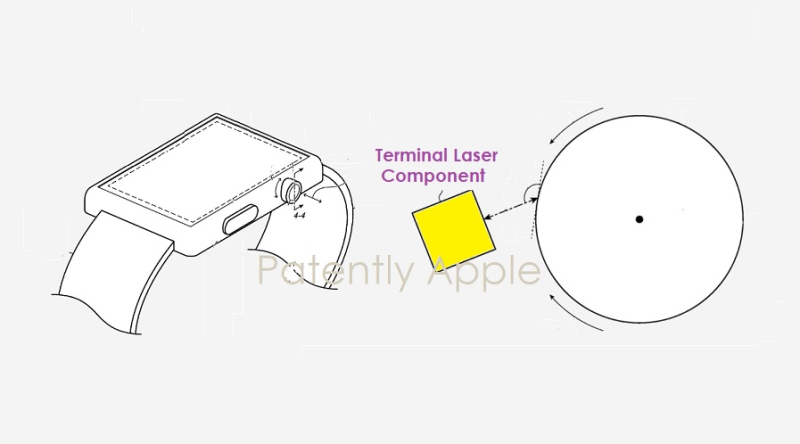 On Thursday the US Patent & Trademark Office published a patent application from Apple that relates to a future Apple Watch with a laser-based rotation sensor. The use of the laser-based sensing system may provide robust and highly accurate rotation sensing and may eliminate the need to form precision optical treatments or features on rotating surfaces of the crown, such as the grooves illustrated below.

Apple's patent covers a future Apple Watch that will include a laser-based rotation sensor. The watch may be configured to determine a speed and a direction of the rotational motion of the sensing surface based on the signal.

Translational inputs may be used to indicate a selection of an item displayed on a display, change a display mode (e.g., to activate a display), change between or among graphical interface modes, or the like.

In some cases, a crown may also act as a contact point for a sensor, such as a biometric sensor, of the device. For example, a smart watch may include a heart rate sensor, an electrocardiograph sensor, a thermometer, a photoplethysmograph sensor, a fingerprint sensor, or the like, all of which are examples of biometric sensors that measure or detect some aspect of a user's body. Such sensors may require direct contact with the user's body, such as via a finger.

Accordingly, the crown may include an external component, such as a window, electrode, or the like, that a user may touch in order to allow the biometric sensor to take a reading or measurement. In some cases, electrical signals may be transmitted through the crown to internal sensors via a conductive path defined by and/or through the crown.

In order to respond to a rotational input applied to a crown, a sensing system is used to detect the speed and/or direction of the crown. The patent describes a laser-based sensing systems that can accurately detect the speed and direction of a crown rotation to a high degree of accuracy, while occupying a small space in the device and allowing for simpler and more efficient manufacturing processes.

Apple notes that while the patent may focus on Apple Watch, the applications may extend to other future devices using a digital crown such as Apple's AirPods Max, a Mixed Reality Head Mounted Device, a MacBook, iPad, iPhone and beyond. 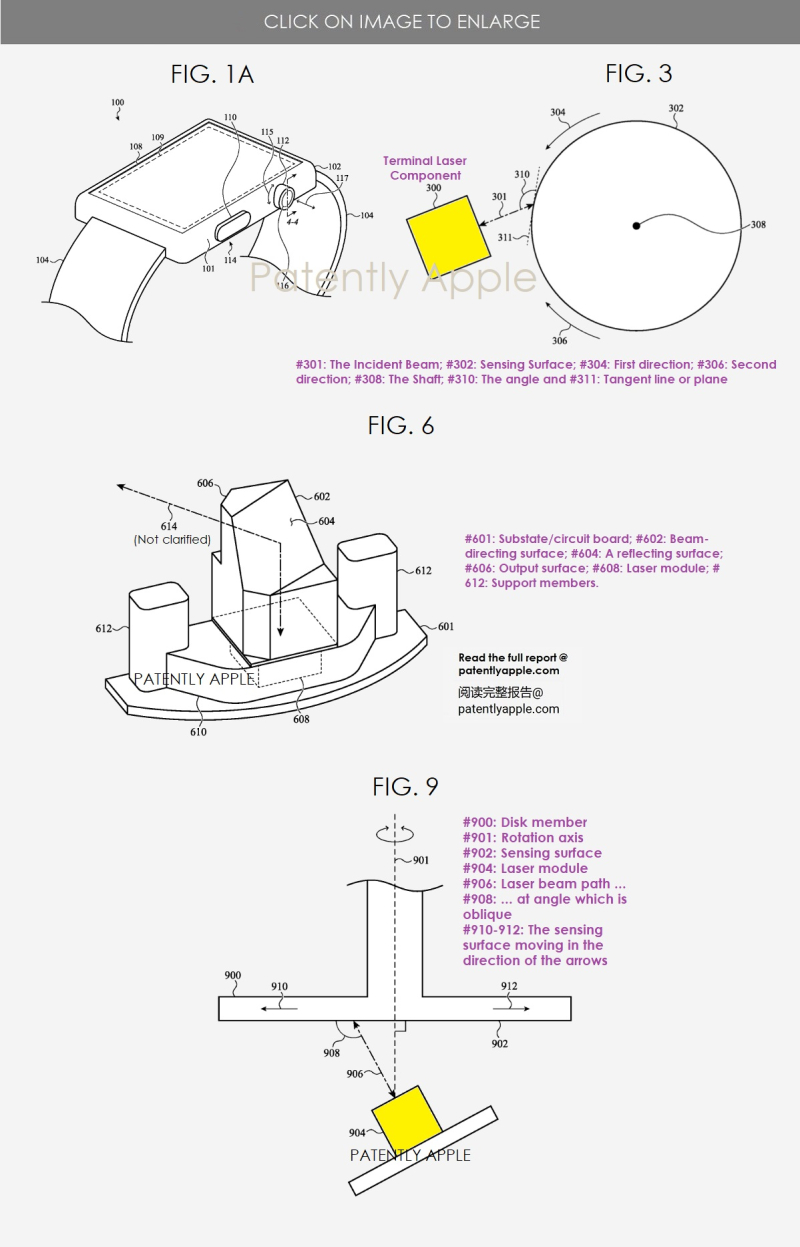