On Thursday the US Patent & Trademark Office published a patent application from Apple that relates to magneto-inductive charging and communication in certain environments such as underwater and underground where networks are unavailable. Apple also mentions that their invention could apply to military applications (e.g., Navy SEAL operations), search and rescue operations or more. The patent would suggest that their latest invention may apply to a future version of their Apple Watch Ultra that in-part was designed with scuba divers in mind.

Like with Apple's SOS Satellite connectivity for iPhone, communications underwater would also have a series of predetermined messages that could include, but may not be limited to, “Help!”, “Here!”, “Going up!”, “Going down!”, “Shark!”, or any of various other predetermined SMS messages that may indicate pertinent information in the most efficient manner. 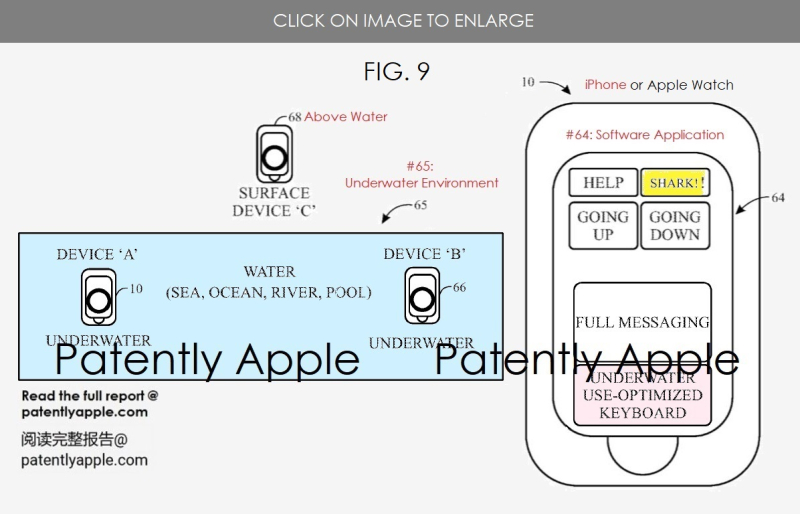 In a second scenario, Apple's patent FIG. 12 presented below illustrates a large-scale high-power magnetic field source coil antenna #86 may be placed on a sea vessel #88 (e.g., boat or ship) and operate as a communication beacon on the surface for divers that may be within the underwater environment. 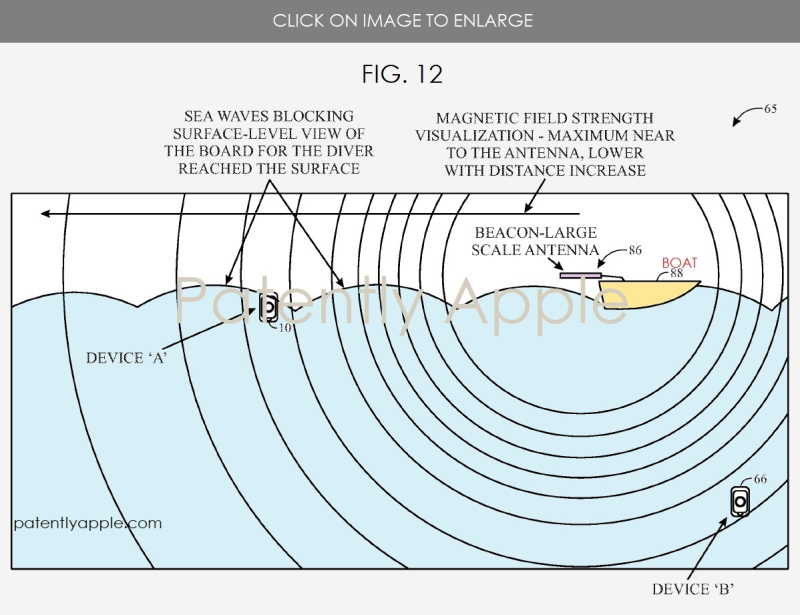 In this scenario above, the inductive charging and communication circuitry of the iDevice (e.g., "underwater device A") may operate only in receive-mode to indicate, for example, a received signal strength indication (RSSI) of the communication beacon signal generated by the coil antenna.

Sending Photo and Video Imagery of Underwater Environments and Animals 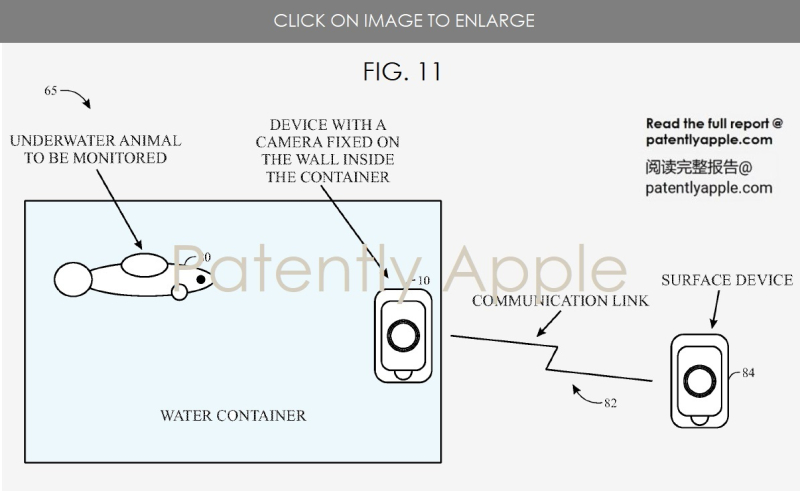 A few of Apple's technical points that are found in their January 19, 2023 patent claims include: