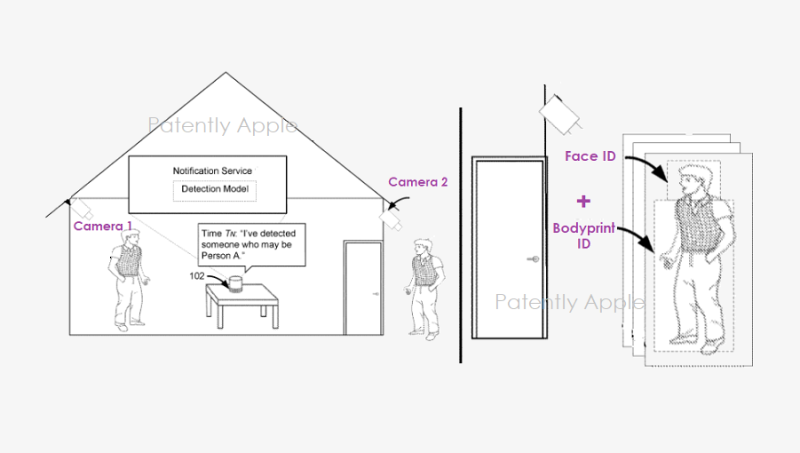 In early December (2022), Patently Apple posted an IP report titled "Apple invents a camera system for a Home's Front Door with facial recognition that communicates with a HomePod mini, Smart TV+." Last week the US Patent & Trademark Office published a patent application from Apple that expands on the December HomePod Security system patent. The patent notes that the security system will go beyond mere facial recognition and introduce "Bodyprint" recognition.

The system that Apple is working on and patenting, stems in-part from their acquisition of 'Lighthouse' in March 2019. Two of Lighthouse  engineers are listed on today's patent's credit.

Although today's patent focus is new to this project, knowing that Apple is expanding on Lighthouse IP in a larger project is worth noting.

The home resident will be able to view the person at the door using a home TV with a picture-in-picture feature, Tablet, HomePod (with a tablet), iPhone and more.

Apple's camera system will use a deep learning model to train itself in identifying bodyprints. Over time, the system will be able to identify false bodyprints.

Apple's patent FIG. 4 below illustrates at least some example techniques for providing a notification based on determining the presence of a particular person at a location. In diagram #400 of FIG. 4, several elements are depicted, including observation camera #402, a video feed #404, body croppings #408, a user device #406, a pop-up notification #410, and a video presentation #412. 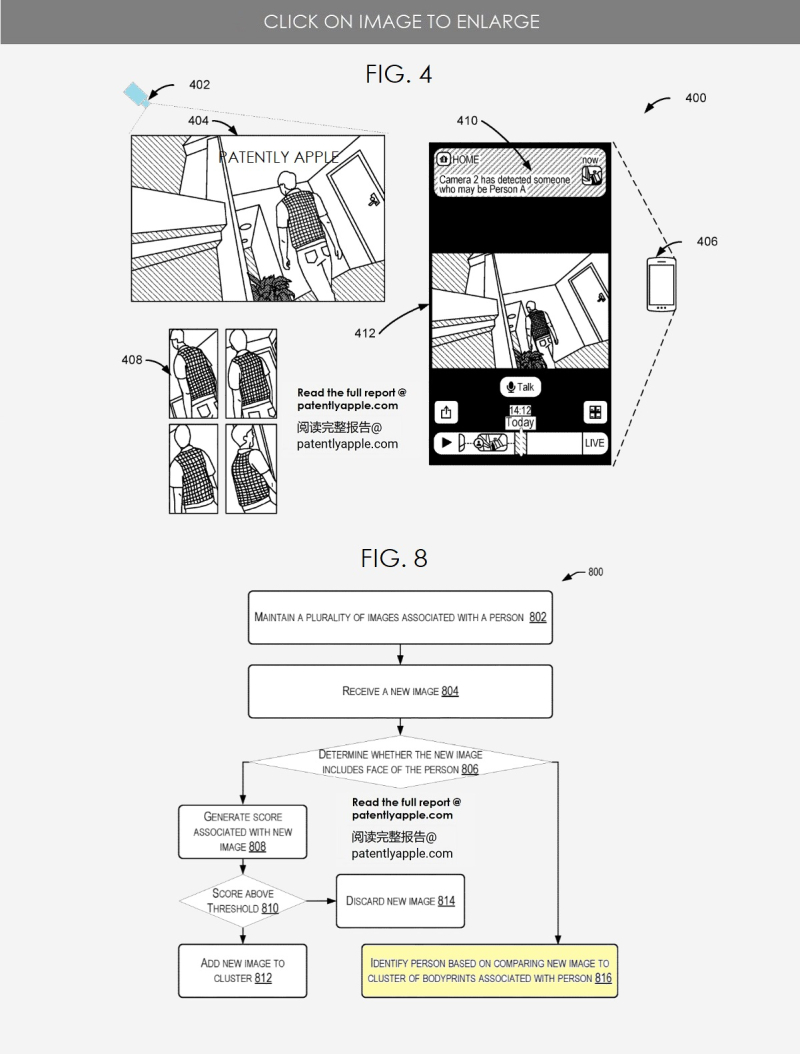 Apple's patent FIG. 8 above is a simplified flow diagram illustrating a process for determining whether to add a bodyprint image to a cluster of bodyprint images corresponding to a recognized person.