Another rumor points to 2024 MacBooks and iPad Pro to use next-gen two-stack OLED Displays from Samsung, LG+ 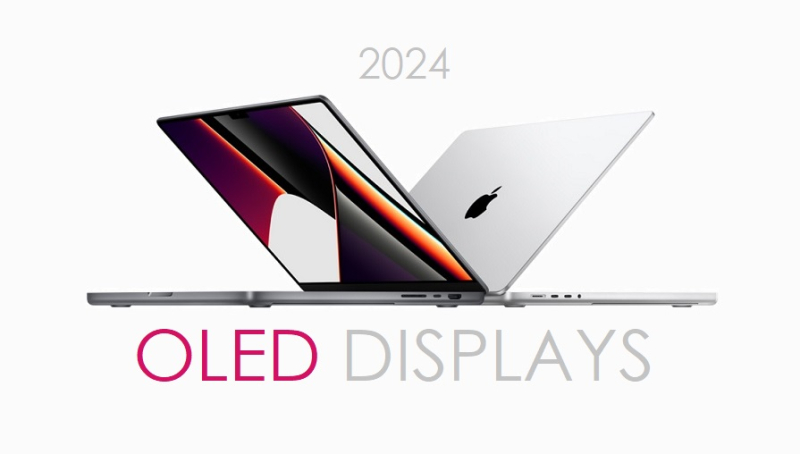 News of Apple advancing to a new two-stack OLED display for future MacBooks and the iPad Pro came to light in early November 2021. Since then is being back and forth as to whether or not Samsung was onboard. In March 2022 it was confirmed that LG was working on bot 11" and 12.9" iPad OLED displays based on the two-stack design aimed for 2024. Also in March 2022 was the news that BOE was also in the race for Apple's 2024 iPad Pro business based on a two-stack design.

Today, a new supply chain rumor from Korea's ETNews posted late yesterday claims that "Samsung and LG have received orders from Apple for OLED displays in the 10 to 16 inch range for iPads and MacBooks.

Small and medium-sized OLED market that centered on smartphones will grow a new momentum with the expansion of OLED installation from Apple, a company with a great influence on the world."

The report added that "Apple ordered a domestic display company to develop two types of OLED panels for iPad and two types of OLED for MacBook. The specific types of panels are 10.86 inches and 12.9 inches for the iPad, and 14 inches and 16 inches for the MacBook. The domestic display companies and related parts and material companies began to develop the panels with the start of the official project. An insider familiar with the subject said, 'There are various panel development from 10 inches to 16 inches is in progress.'

The 10.86 inches and 12.9 inches display is equivalent to the size of the current 'iPad Pro' products, and the 14-inch and 16-inch displays are also the same as the current 'MacBook Pro' display sizes. It is reported that 2024 iPad 2026 MacBook will be applied with OLED.

The reason for the installation of OLED in iPad and MacBook is attracting much attention is due to the anticipation of a significant impact on the industry. It will act as a catalyst for expanding the small and medium-sized OLED market. Apple is the No.1 in the world for global tablet market. It annually sells about 70 million units. Demand for the MacBook is also significant enough to have record sales in the third quarter of last year."

According to Ming-Chi Kuo, BOE will overtake Samsung in OLED displays for iPhones by 2024. In that light, ETNews ruling out BOE for Apple's future iPad and MacBook OLED display business should be taken with a gain of salt considering that there have been reports to the contrary.