Home Archives Contact Us Subscribe Twitter Facebook Patently Mobile
Prior to President Biden Speaking, Apple's CEO spoke at the TSMC Arizona Plant event this afternoon
A key iPhone supplier of Multilayer Ceramic Capacitors believes that Apple will reduce iPhone 14 production in the near future due to weak demand

The U.S. Patent Trial and Appeal Board Ruled that Three of AlivCor's patents are Invalid which could affect the ITC's ruling against Apple 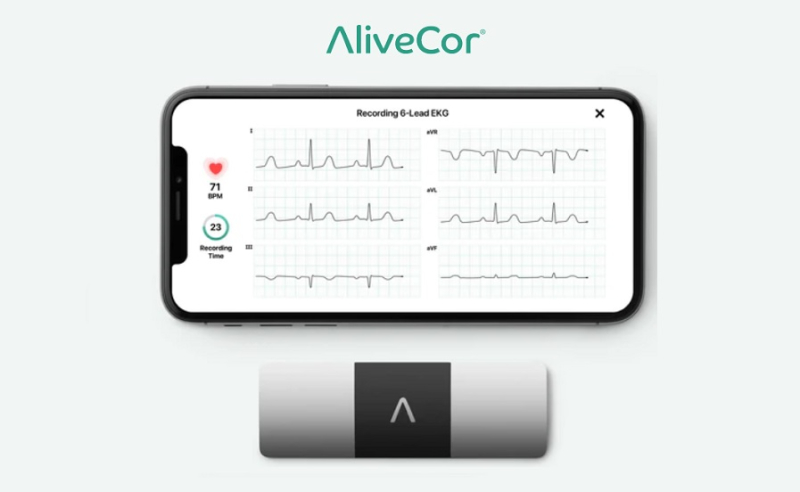 AliveCor had alleged in federal court and before the International Trade Commission that Apple had copied the technologies with its Apple Watch, and over the summer an ITC judge found that Apple had infringed on two of three patents AliveCor asserted in its complaint.

The decision could disrupt the proceedings at the ITC, which is set to decide by December 12 whether there ought to be an exclusion order, or import ban, on infringing Apple Watches. It’s likely that Apple will swiftly submit the PTAB rulings to the ITC for consideration in its decision.

According to Christine Lehman, a partner at Reichman Jorgensen Lehman & Feldberg, the ITC may still agree that there is a violation, but may suspend a ban pending appeals. “Both the ITC case and the PTAB cases will go to the Federal Circuit – and that court will have to sort it all out,” she said.

An Apple spokesperson said the company appreciated PTAB’s “careful consideration” of the patents found to be invalid, and added that “Apple’s teams work tirelessly to create products and services that empower users, including the industry-leading health, wellness and safety features we independently developed and incorporated into Apple Watch.”

Through a spokesperson, AliveCor said it is “deeply disappointed and strongly disagrees” with the PTAB decision and that it will appeal. The company said it looks forward to the ITC’s final determination. “We will continue to vigorously defend and fight to protect our patents for the sake of our customers,” the spokesperson said.

For more, read the full report by STAT. STAT delivers trusted and authoritative journalism about health, medicine, and the life sciences.