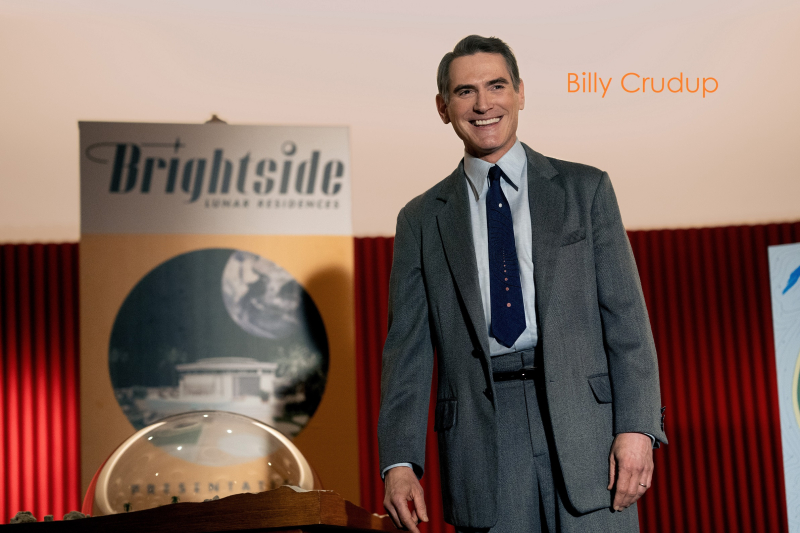 Late this morning, Apple TV+ unveiled the premiere date and a first look at “Hello Tomorrow!,” the new 10-episode dramedy starring and executive produced by Emmy and Critics Choice Award winner Billy Crudup (“The Morning Show”). The highly anticipated half-hour series is set to make its global debut on Friday, February 17, 2023 with the first three episodes, followed by one new episode weekly, every Friday through April 7, 2023 on Apple TV+.

Set in a retro-future world, “Hello Tomorrow!” centers around a group of traveling salesmen hawking lunar timeshares. Crudup stars as Jack, a salesman of great talent and ambition, whose unshakeable faith in a brighter tomorrow inspires his coworkers, revitalizes his desperate customers, but threatens to leave him dangerously lost in the very dream that sustains him.

Written by Lehane and inspired by true events, “Firebug” will follow a troubled detective and an enigmatic arson investigator (played by Egerton) as they pursue the trails of two serial arsonists.

The fictional series is inspired by some of the events presented in truth.media’s acclaimed “Firebug” podcast, which was hosted by the Oscar and Emmy-winning Antholis, who executive produces for Crime Story Media, LLC; Emmy Award winner Marc Smerling serves as executive producer for Truth Podcasting Corp.