Home Archives Contact Us Subscribe Twitter Facebook Patently Mobile
Later this month Apple will be releasing an exciting new feature for Music Lovers called 'Apple Music Sing' for iPhone, iPad and more
The U.S. Patent Trial and Appeal Board Ruled that Three of AlivCor's patents are Invalid which could affect the ITC's ruling against Apple

Prior to President Biden Speaking, Apple's CEO spoke at the TSMC Arizona Plant event this afternoon 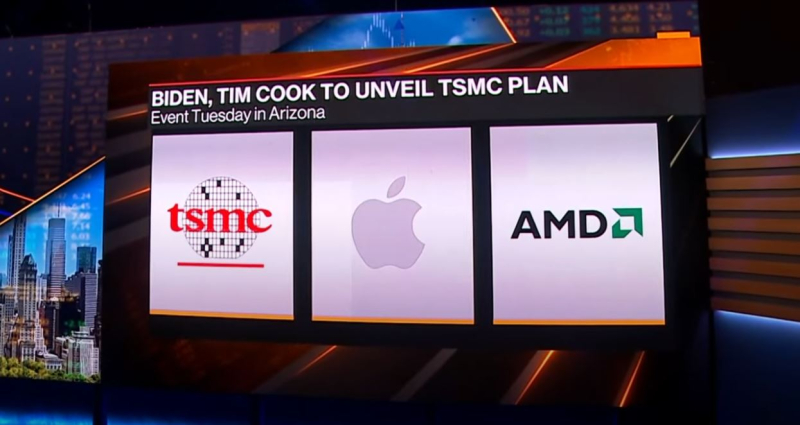 Early this morning Patently Apple posted a report titled "TSMC will confirm today that their Second Plant in Arizona is slated to open in 2026 and produce 3nm chips."

This afternoon CNBC is reporting that Apple CEO Tim Cook spoke at an event in Arizona on Tuesday, ahead of remarks expected by President Biden later in the day, where Cook confirmed Apple will buy chips built in the U.S. Cook said Apple would buy processors made in a new Arizona factory, according to a video from the event. He specifically stated that "now, thanks to the hard work of so many people, these chips can be proudly stamped Made in America. This is an incredibly significant moment.”

“Today is only the beginning,” Cook said. “Today we’re combining TSMC’s expertise with the unrivaled ingenuity of American workers. We are investing in a stronger brighter future, we are planting our seed in the Arizona desert. And at Apple, we are proud to help nurture its growth.”

For more, read the full CNBC report. Should video or additional information become available on this story, we'll update this report later today. President Biden is speaking right now, and a replay of his should be made available later on Yahoo Finance.