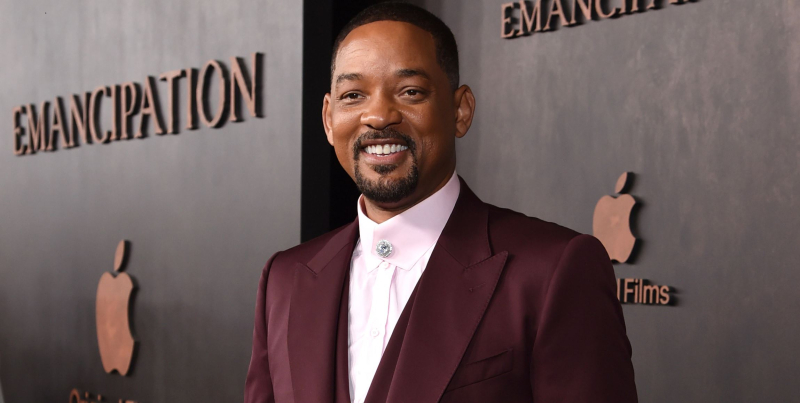 Above: Will Smith attends the Apple Original Films premiere of “Emancipation” at the Regency Village Theatre. (Click on image to Greatly Enlarge)

“Emancipation” tells the triumphant story of Peter (Will Smith), a man who escapes from slavery, relying on his wits, unwavering faith and deep love for his family to evade cold-blooded hunters and the unforgiving swamps of Louisiana on his quest for freedom. The film is inspired by the 1863 photos of “Whipped Peter,” taken during a Union Army medical examination, that first appeared in Harper’s Weekly. One image, known as “The Scourged Back,” which shows Peter’s bare back mutilated by a whipping delivered by his enslavers, ultimately contributed to growing public opposition to slavery. 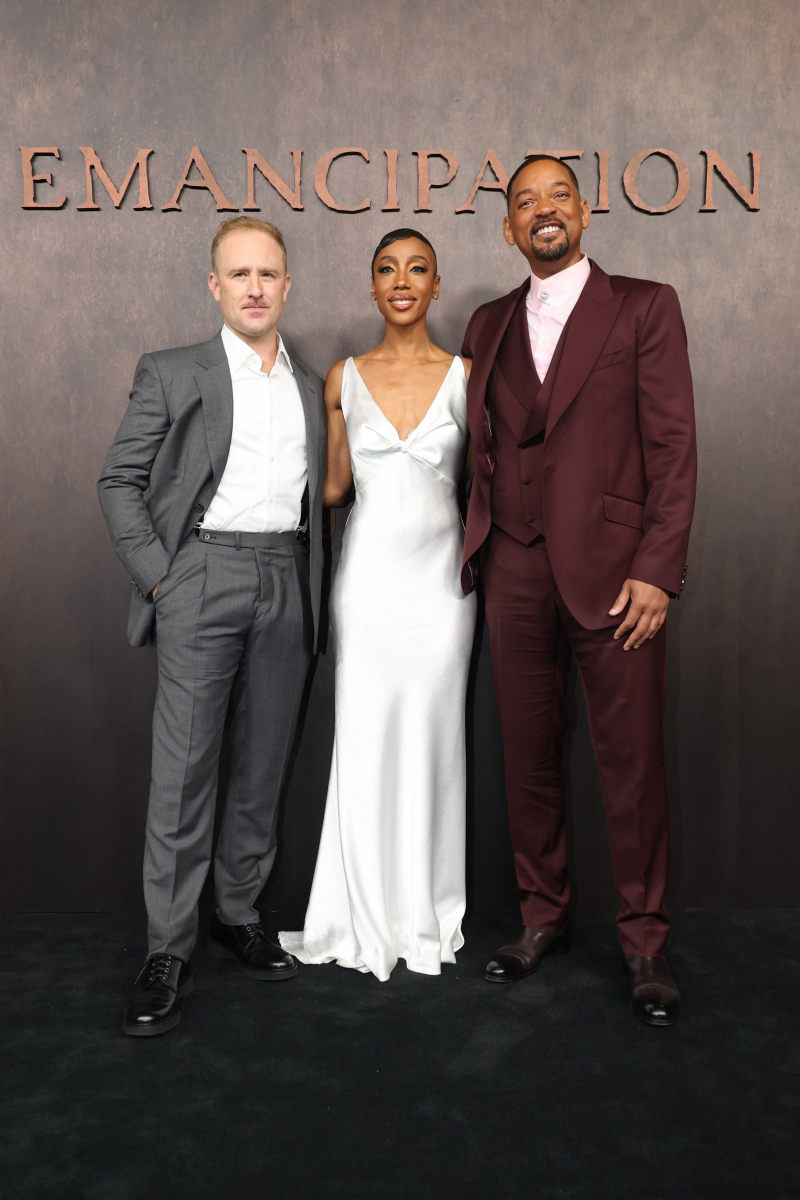 Above: Ben Foster, Charmaine Bingwa and Will Smith 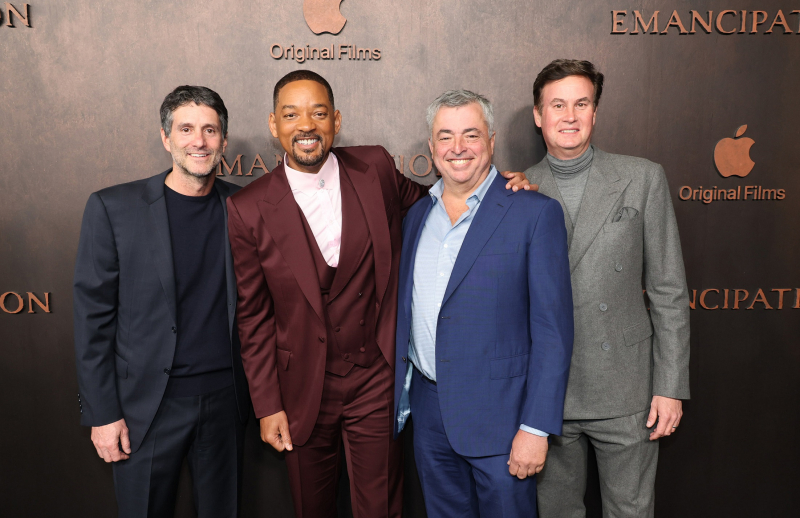 Yesterday Variety reviewed Emancipation in a report titled "A Subdued Will Smith Carries Antoine Fuqua’s Brutal but Essential Slave Saga." Usually Variety's reviews of Apple programming are rather negative. I was surprised to finally read a positive review. I don't know about you, but I can't wait to see Emancipation next week.