In the Top 5 PC Vendors List for Q3 2022, Apple Delivered the Highest Growth while maintaining its Leadership in Tablets 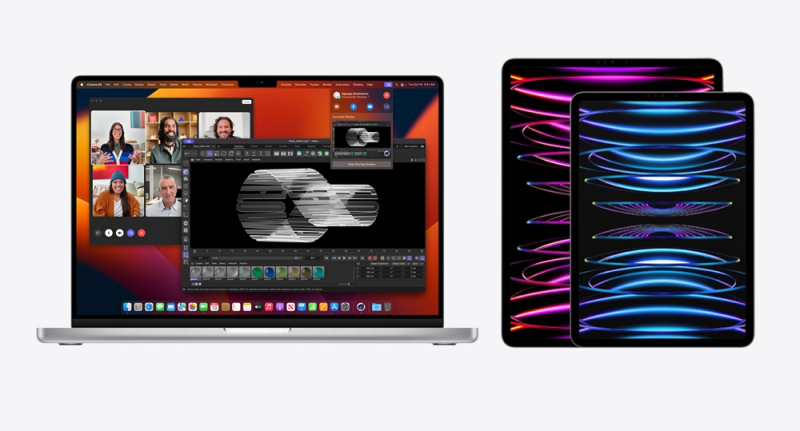 In a new analytical report posted today, we learn that US shipments of desktops, notebooks and workstations fell by 12% year on year in Q3 2022 to 17.8 million units. Notebooks suffered a 14% decline, the largest of any category, as cautious business spending added to the consumer and education drop-off. Desktops grew a modest 1% in Q3 as the category recovers from pandemic-era declines. Tablets fell slightly by 1% as inflation diminished demand despite heightened promotional activity. Commercial demand, which has been strong in recent quarters, slowed as the segment dipped by 2% in Q3.

Yet within that haze of negativity, Apple stood out with 26.5% annual growth, expanding their market share year-over-year from 11.6% to 16.7% as confirmed by the chart below. Apple benefited from fulfilling backlogged orders from a supply-crunched Q2 and launched new M2 devices. 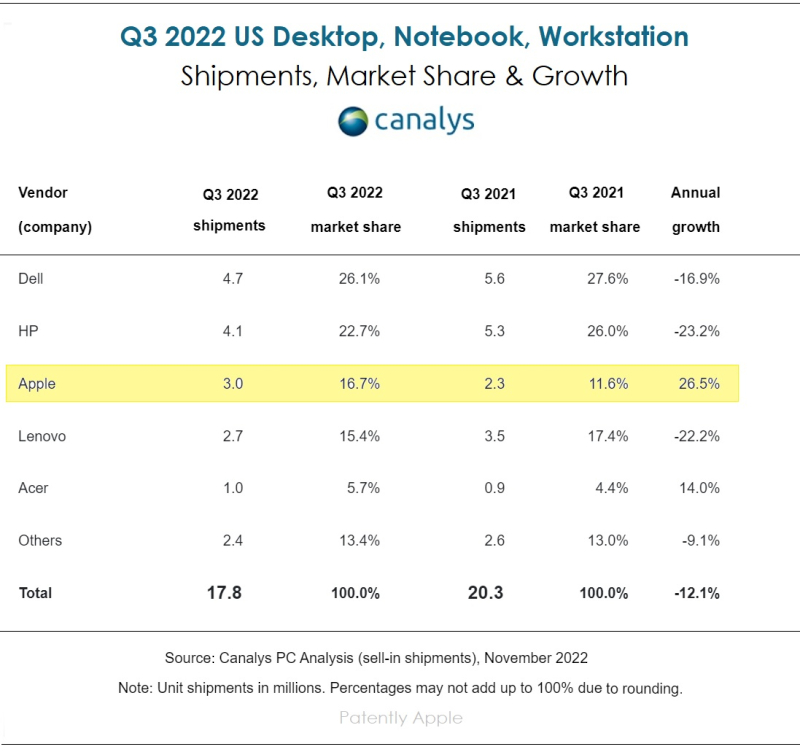 Brian Lynch, Canalys Research Analyst: "Looking ahead, the US PC market will face further headwinds,” added Lynch. “Despite the Q4 holiday season, the market will suffer a continued downturn. Cash-strapped consumers will cut spending on expensive technology products. Retailers have ramped up promotions in recent months to make room for new device launches as the holiday season approaches. But overall retail inventories are still growing faster than sales."

In Q3 2022, Apple maintained its long-held leadership position in the US tablet market with a 41% market share. Premium tablets have struggled with price-sensitive consumers in recent quarters, while affordable tablets have performed well. 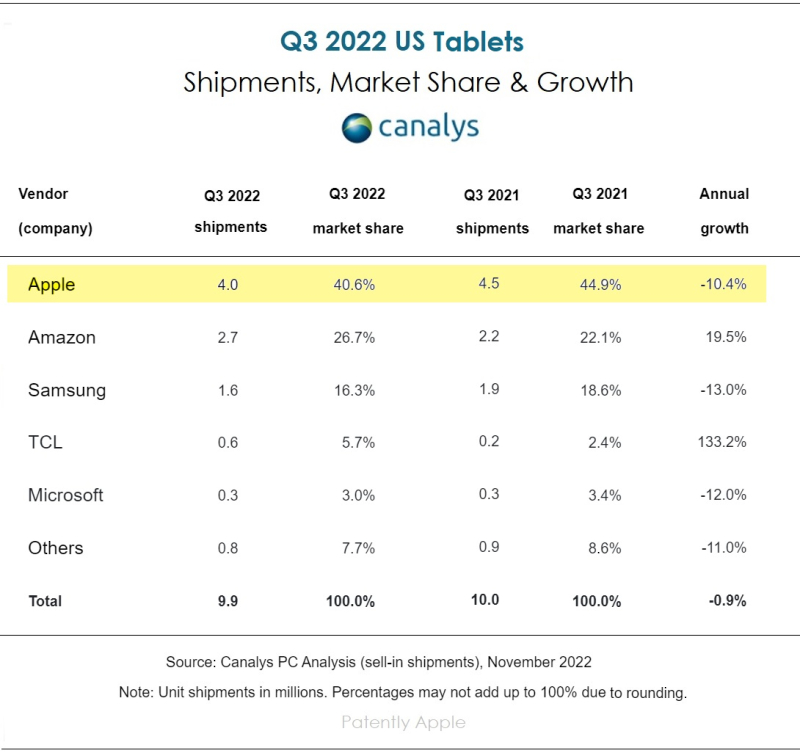 Second-placed Amazon secured a market share of 27% and grew shipments by 20% on the back of a successful Prime Day in July. Samsung came third with 1.6 million shipments, an annual decline of 13%. TCL continued its strong surge with 133% growth as it increased marketing and branding efforts in the region, while Microsoft rounded out the top five with a 12% decline. For more, read the full Canalys report.