In the Middle of the Trial in Texas, Ericsson and Apple announced that they've Settled their Patent Dispute over Licensing 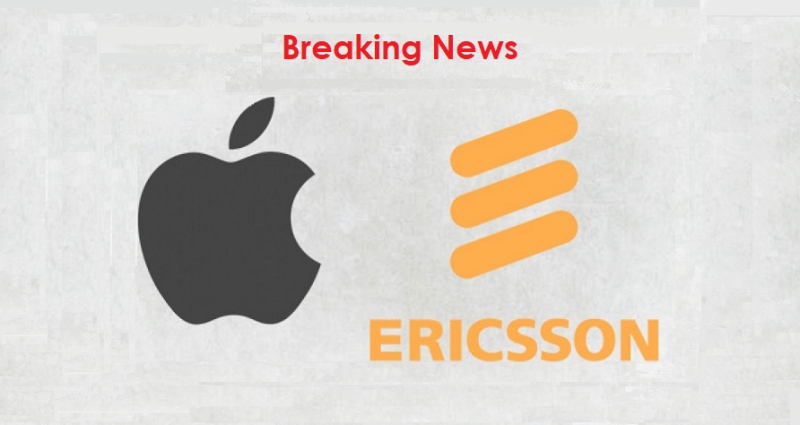 Apple and Ericsson have been in an essential patent fight for years. In early July Patently Apple posted a report titled "For the first time ever, Apple has moved to sue Ericsson over a Standard-Essential Patent in a new Case in Munich." Then in late July we posted a report titled " U.S. Judge has warned Apple of sanctions for misuse of court rules in their ‘Emergency Motion’ Relief against Ericsson."

Earlier this week the Ericsson v. Apple trial began in Eastern Texas. This morning, Florian Mueller, owner of the legal reporting site FOSS Patents, tweeting out that Ericsson and Apple have settled their global patent licensing dispute as noted below.

Shortly after our report was posted, Ericsson sent out a formal Press release titled "Ericsson and Apple sign global patent license agreement" which states the following:

"Ericsson and Apple have reached a multi-year, global patent license agreement between the two companies. The agreement includes a cross-license relating to patented cellular standard-essential technologies and grants certain other patent rights.

Furthermore, Ericsson and Apple have mutually agreed to strengthen their technology and business collaboration, including in technology, interoperability and standards development.

This settlement ends the lawsuits filed by both companies in several countries, including in the United States District Court of the Eastern District of Texas, as well as the complaints filed before the United States International Trade Commission (USITC).

Ericsson’s IPR licensing revenues continue to be affected by several factors, including expired patent license agreements pending renewal, the technology shift from 4G to 5G, and possible currency effects and geopolitical impact going forward. Including effects of the agreement with Apple covering sales from January 15, 2022, and including ongoing IPR business with all other licensees, Ericsson estimates the fourth quarter 2022 IPR licensing revenues will be SEK 5.5 - 6.0 b.

Christina Petersson, Chief Intellectual Property Officer at Ericsson says: “We are pleased to settle the litigations with Apple with this agreement, which is of strategic importance to our 5G licensing program. This will allow both companies to continue to focus on bringing the best technology to the global market.”

Over several decades, Ericsson has been a leading contributor to 3GPP and to the development of global mobile standards for the benefit of consumers and enterprises everywhere. The value of Ericsson’s patent portfolio of more than 60,000 granted patents is strengthened by our leading position as 5G vendor, and annual investments of more than USD 4 b in R&D. The company is confident of growing its IPR revenues with new 5G agreements and by expanding into other licensing areas long term."