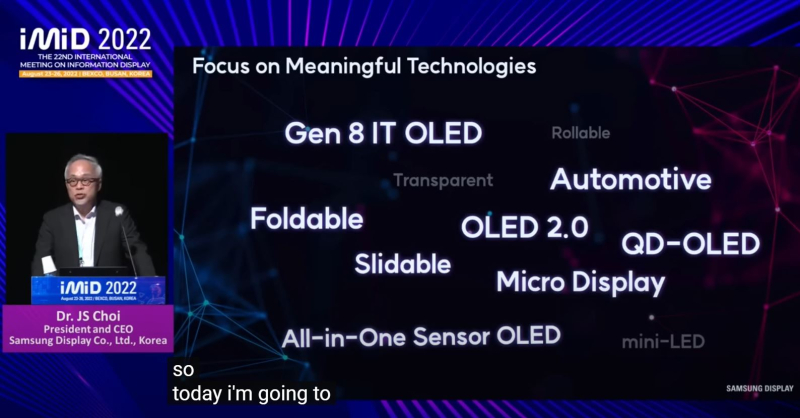 This weekend I stumbled on the Samsung Display keynote at this year's International Meeting on Information Display (IMID) 2022. For those following industry trends, Samsung Display's keynote was an eye opener into what lies just ahead for mobile, foldable, slidable, gaming and automotive displays. Below is a YouTube video of the keynote, and if you're like me, you'll need to turn on Closed Captions (CC) in order to follow along.

One of the technologies that Samsung Display's CEO Dr. JS Choi talked about was next-gen all-screen fingerprint capable displays. Samsung developed a high performance organic photodiode that will soon commercialize a fingerprint sensor available on the entire screen. Instead of having a fingerprint sensor found on a single area of a smartphone like today, future smartphones will be able to have full screen fingerprint displays that could capture multiple finger scans as noted in the Samsung Display slide below. 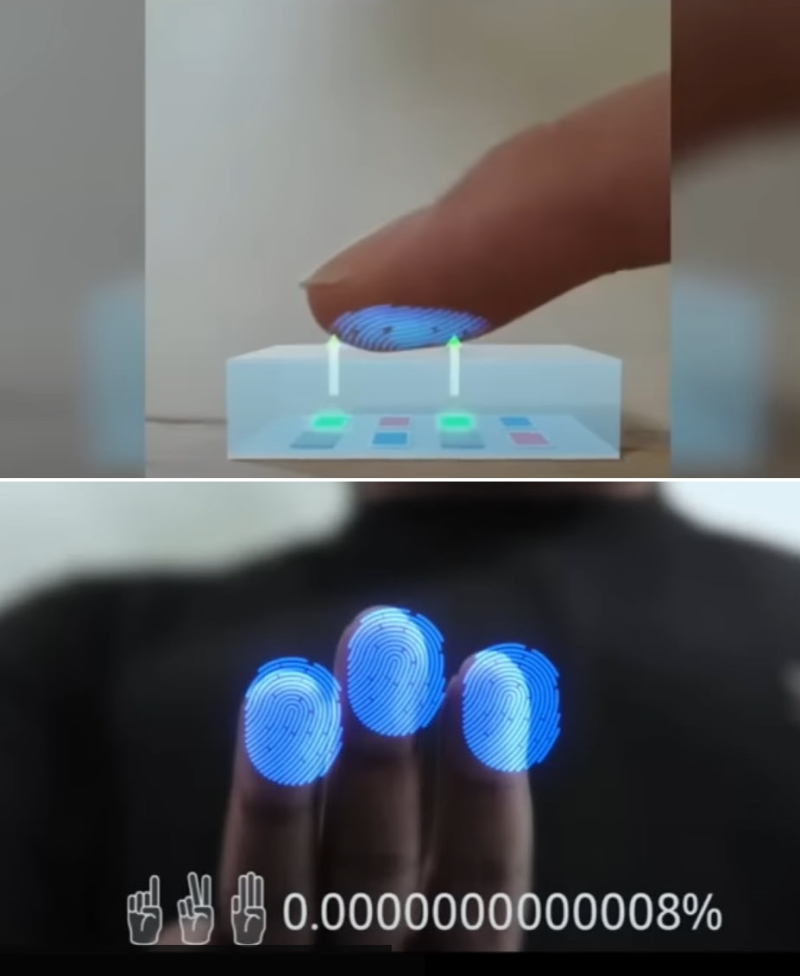 According to Dr. Choi, this means the security level will increase dramatically and it will lead the development of diverse applications. In addtion, the all-in-one sensor will integrate 5G antenna, biosensors and many others.

More specifically, as Dr. Choi spoke about biosensors, the slide called up specifically identified sensors relating to "Blood Pressure and Blood Sugar," two health areas that Apple has been working on for some time now for Apple Watch. The Biosensors built into Samsung's next-gen OLED displays will be revolutionary. 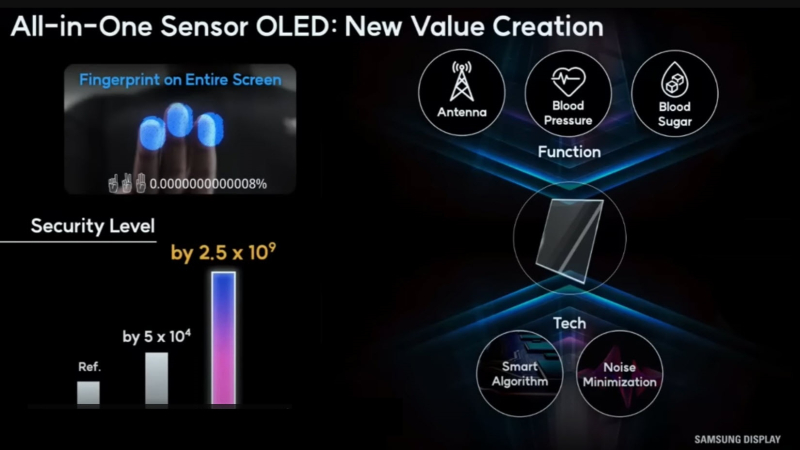 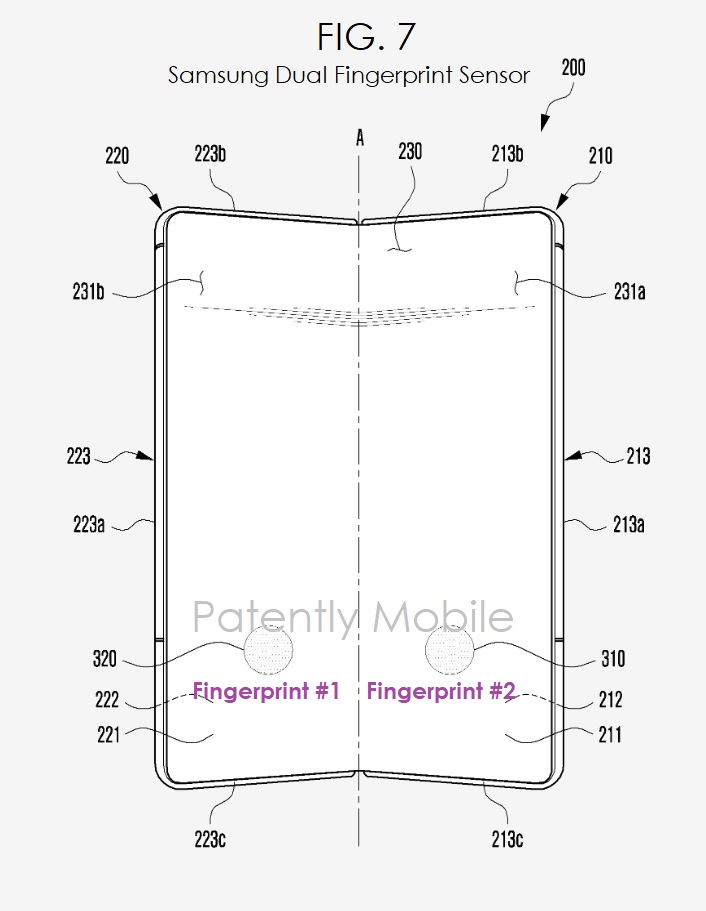 Unfortunately, some Samsung patents simply focus on the mechanics/engineering of a technology and doesn't provide readers of the patent with an explanation as to how that feature will be used. Though common sense would suggest that in order to open the user's home screen will require the user to use two fingers or thumbs to open it, doubling the security.

Samsung's Korean Patent filing could be reviewed on WIPO's IP Portal under WO2022244975 titled "Foldable Electonic Device including Plurality of Fingerprint Sensors."