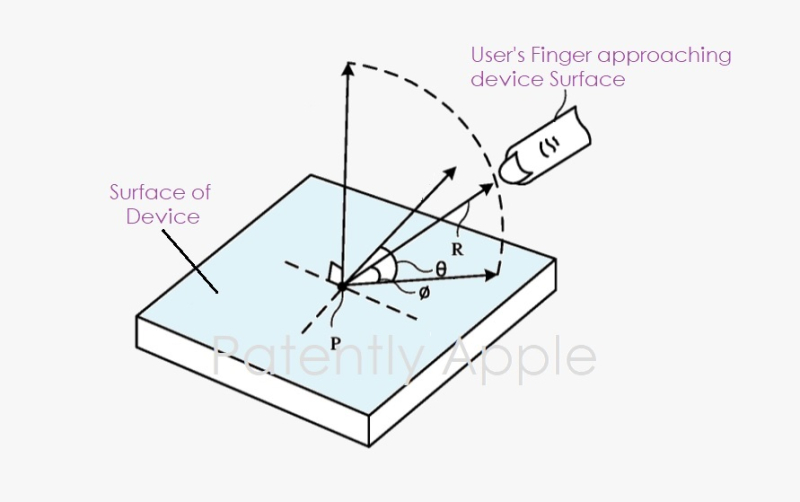 Today the US Patent & Trademark Office published a patent application from Apple that relates to electronic devices using a new wireless circuitry that includes Voltage Standing Wave Radio (VSWR) sensors that could primarily detect the angle of a user's fingers when gestures are being performed near a control or controller of a device such as a MacBook, future Mixed Reality Headset, smartglasses and more.

Apple notes that an electronic device may include wireless circuitry controlled by one or more processors. The wireless circuitry may include a set of two or more antennas communicably coupled to voltage standing wave ratio (VSWR) sensors. The VSWR sensors may gather VSWR measurements from radio-frequency signals transmitted using the set of antennas.

As another example, the one or more processors may identify a user input or gesture based on the angular location. 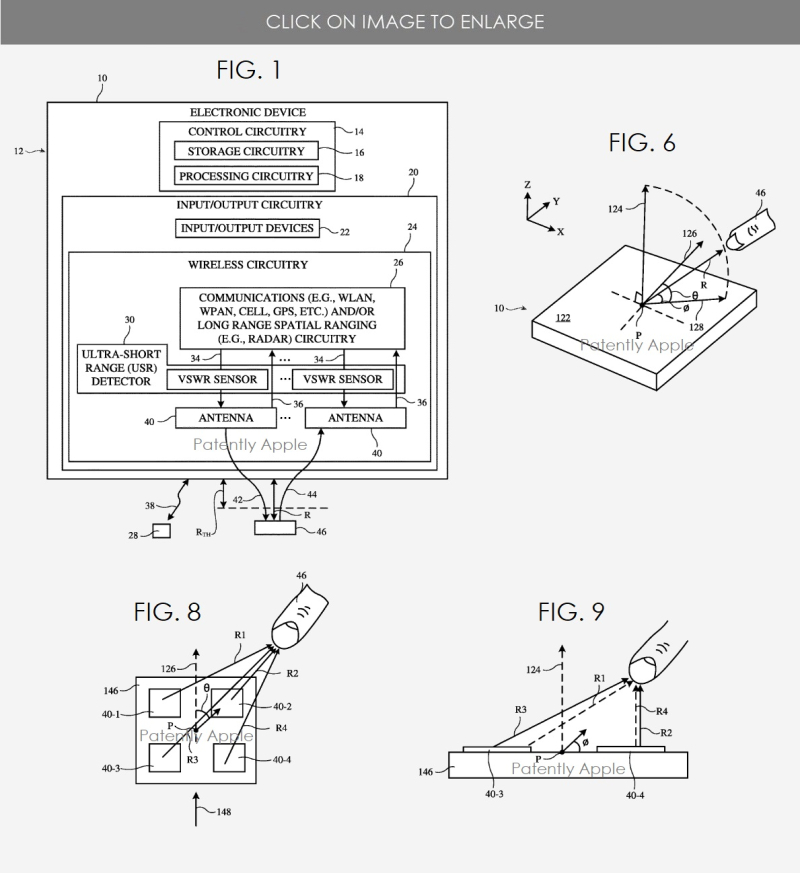 According to Apple, Electronic Device #10 of FIGS. 1 and 6 above could represent a great number of future devices including a MacBook, iMac, workstation, Mixed Reality Headset, iPhone, iPad, a HomePod, a gaming device, a television, smartglasses, in displays mounted in a vehicle and more. The wireless system could work through most materials including aluminum, glass, fiber composites, plastics and more.

In patent FIG. 6 it refers to an "external object #46," which translates, for the most part, to being a user's finger. In the example of FIG. 6, the control circuitry on the device #10 uses a spherical coordinate system to determine the location and orientation of a user's finger relative to a (lateral) surface #122 of the device which could be a surface of a housing wall.

In the case of a mixed reality headset, a controller on the exterior of the headset would allow a user to point their finger close to a controller and direct action on the HMD's display.

Apple's patent FIG. 7 below is a flow chart of illustrative operations involved in detecting the angular location of an external object using VSWR sensors and multiple antennas. 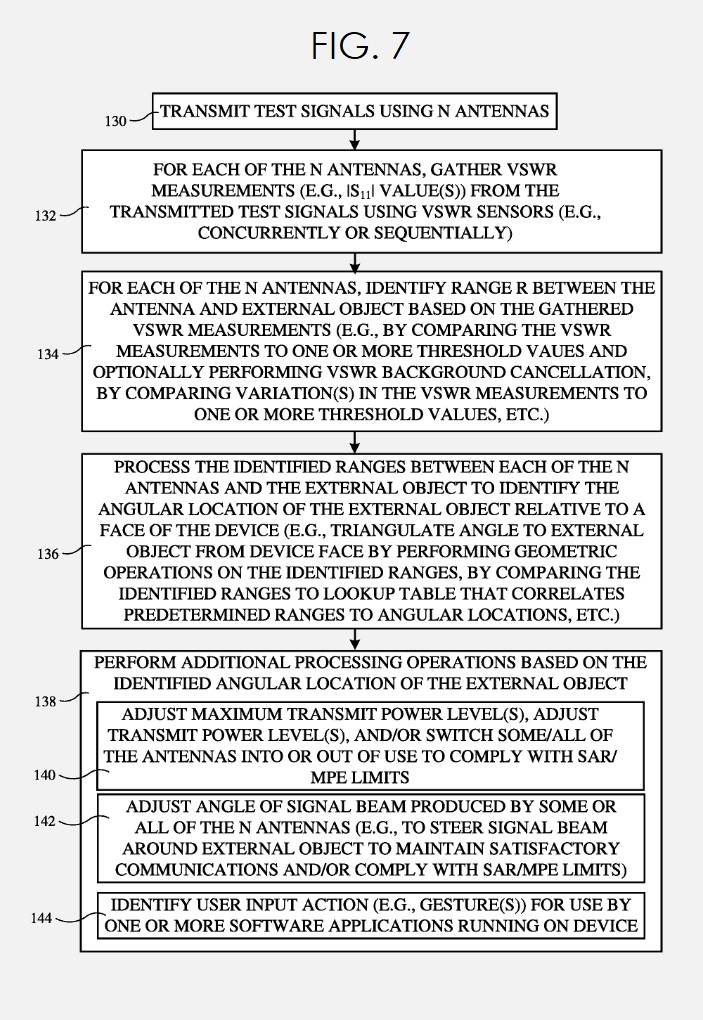 This is a highly technical patent regarding wireless technology that wireless engineers may appreciate. For more details, review Apple's patent application number US 20220381895 A1.