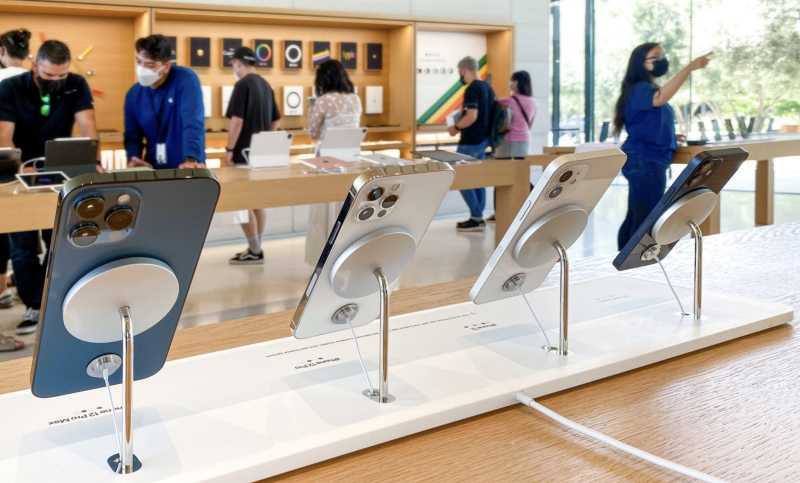 In late February 2022, Patently Apple covered a design patent for new Apple Store iPhone recharging stands that were primarily single stands.  On Thursday, the last patent application day of the year, the US Patent & Trademark Office published a detailed patent application from Apple that relates to both single and multiple iPhone recharging stands with built-in security system for Apple retail store tables. After a rash of Apple Store robberies, Apple decided to rethink their product table security. Our cover graphic above, from Michael Steeber, illustrates that their first new security stands have shown up in some stores for iPhone. It's unknown at this time whether Apple intends to extend their new table top security system in 2023 globally or reserve them for major city centers only.

Due to their size existing retractors are housed separately from display stands (e.g., below the table), which complicates the product displays and makes set up and maintenance cumbersome. Such configurations also involve integration with the table or other fixture on which they are displayed, often involving holes in the table for cable routing, or other complicated cable routing to a retractor incorporated into the table. This can complicate not only the display stand and table, but their assembly, repair, and maintenance. 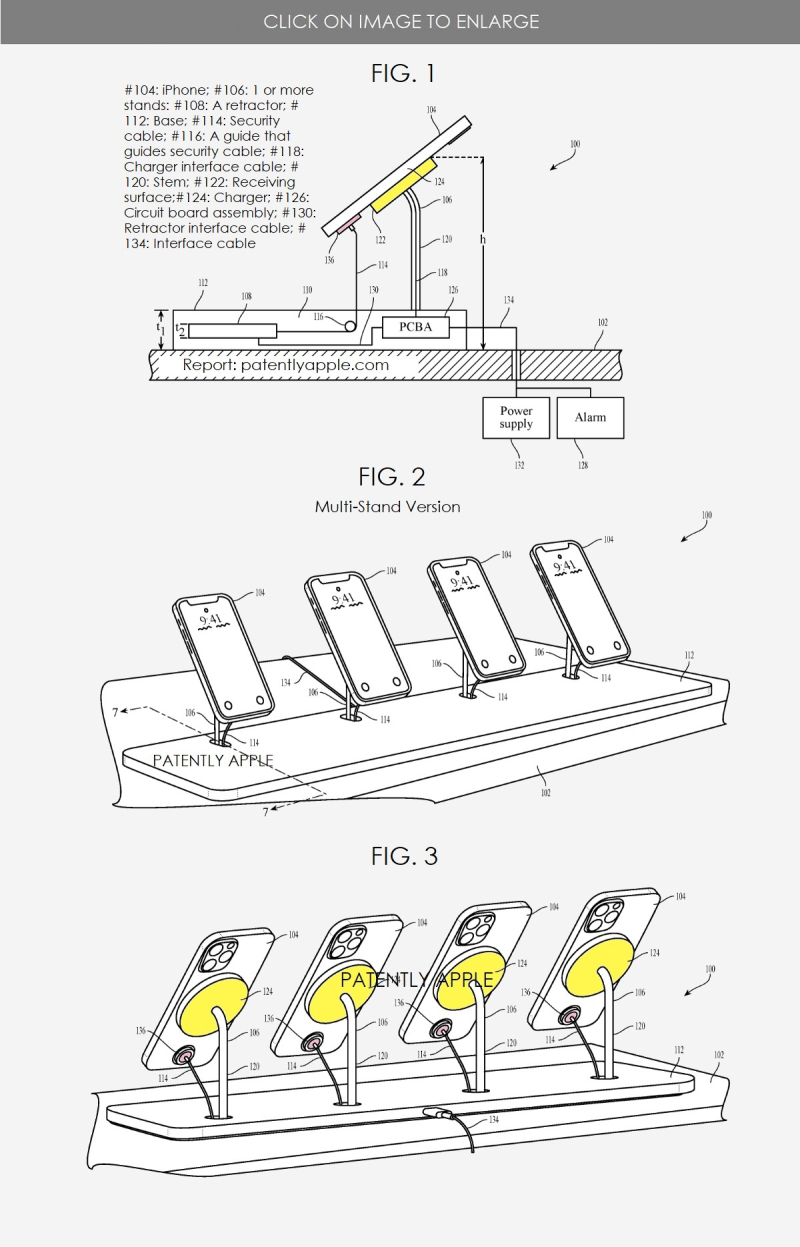 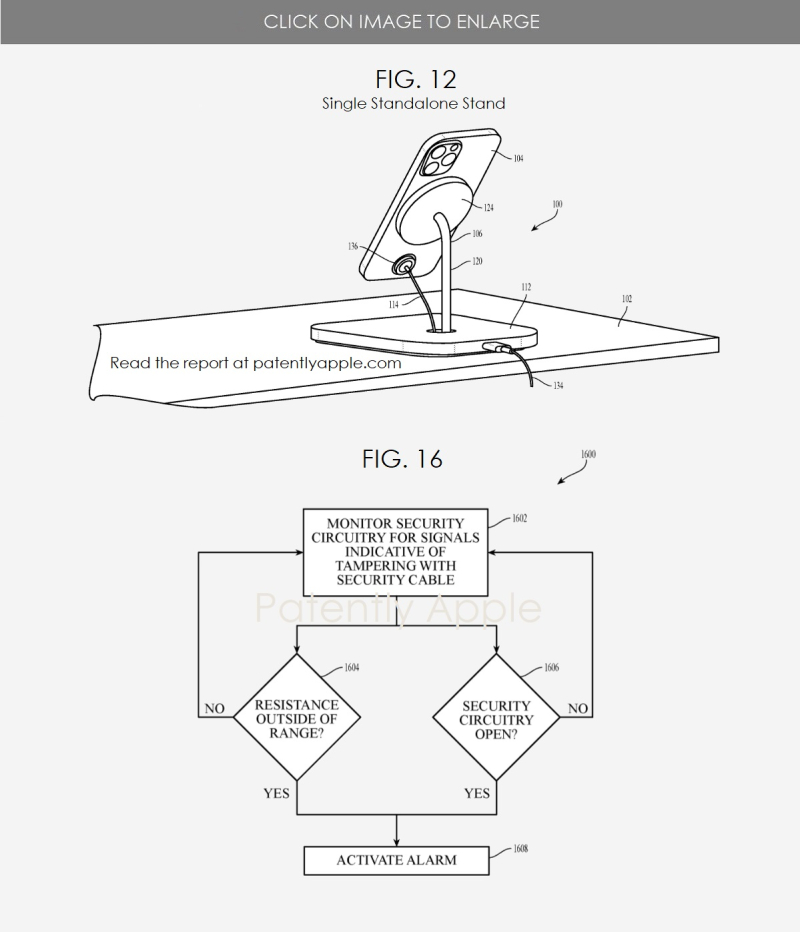 Apple's patent FIG. 16 above shows an example of a security monitoring process.

Apple's patent FIG. 9 below shows a perspective view of packaging with base box, lid, and tamper-evident seal in an embodiment. 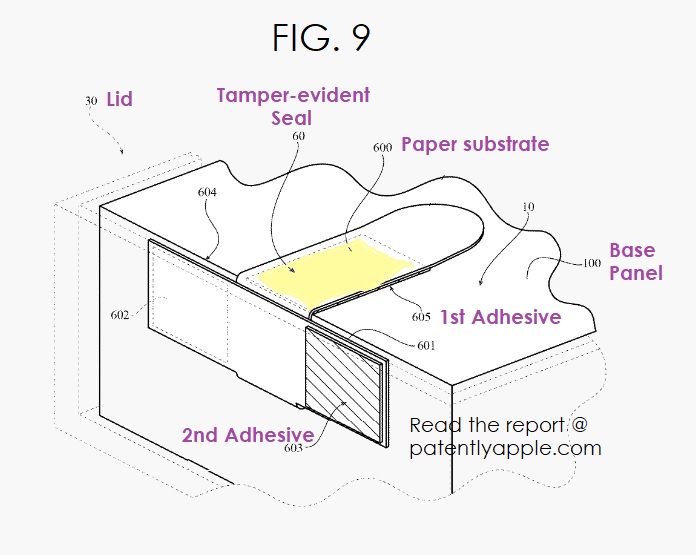