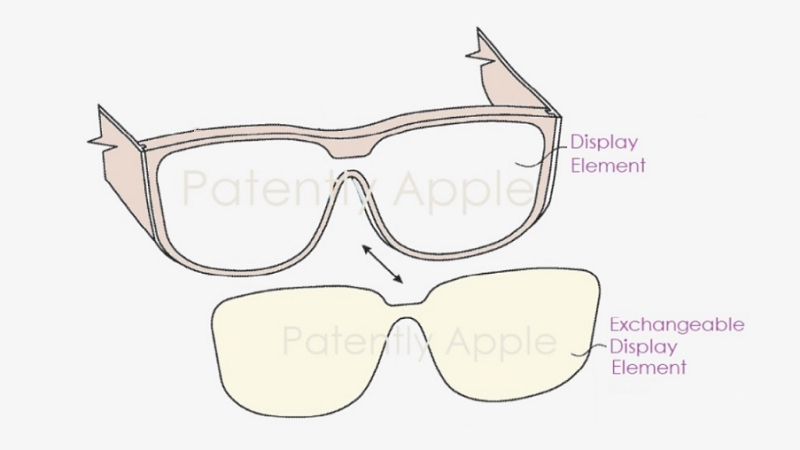 Patently Apple first covered an Apple patent filed in Europe regarding the use of prescription lens technology in a future mixed reality headset back in 2018. Since that time, we've covered at least three others you could review here: 01, 02 and 03.

Today the US Patent & Trademark Office published a patent application from Apple that relates to head-mounted devices (HMDs) that may be used with clip-on attachable lenses.

Various implementations disclosed herein include devices, systems, and methods that provide machine readable markings on attachable corrective lenses to identify which specific corrective lens or lenses are attached to an HMD.

In another example, multiple users of the HMD may have their own corrective lenses and based on the markings, the HMD can determine and/or notify the user if the incorrect prescriptive lenses are attached.

Apple's patent FIG. 1 below illustrates that the invention relates to a Head Mounted Device (HMD) with a corrective lens system. The corrective lenses could be attached to the HMD to assist a user to accurately see objects and text in the real world.

Apple's patent FIG. 2 below is an example corrective lens that includes machine readable markings. The spatial frequency of the markings (#250) in the corrective lens (#200) is not perceivable to the unaided human eye. 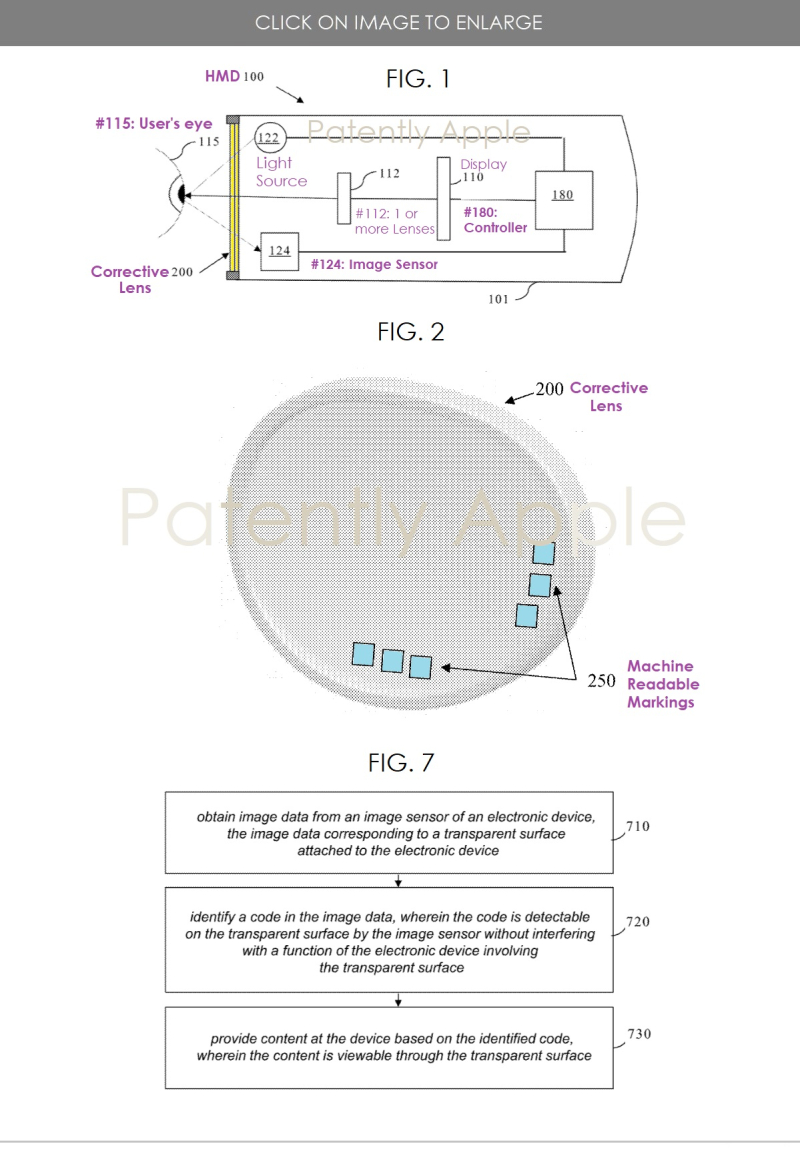 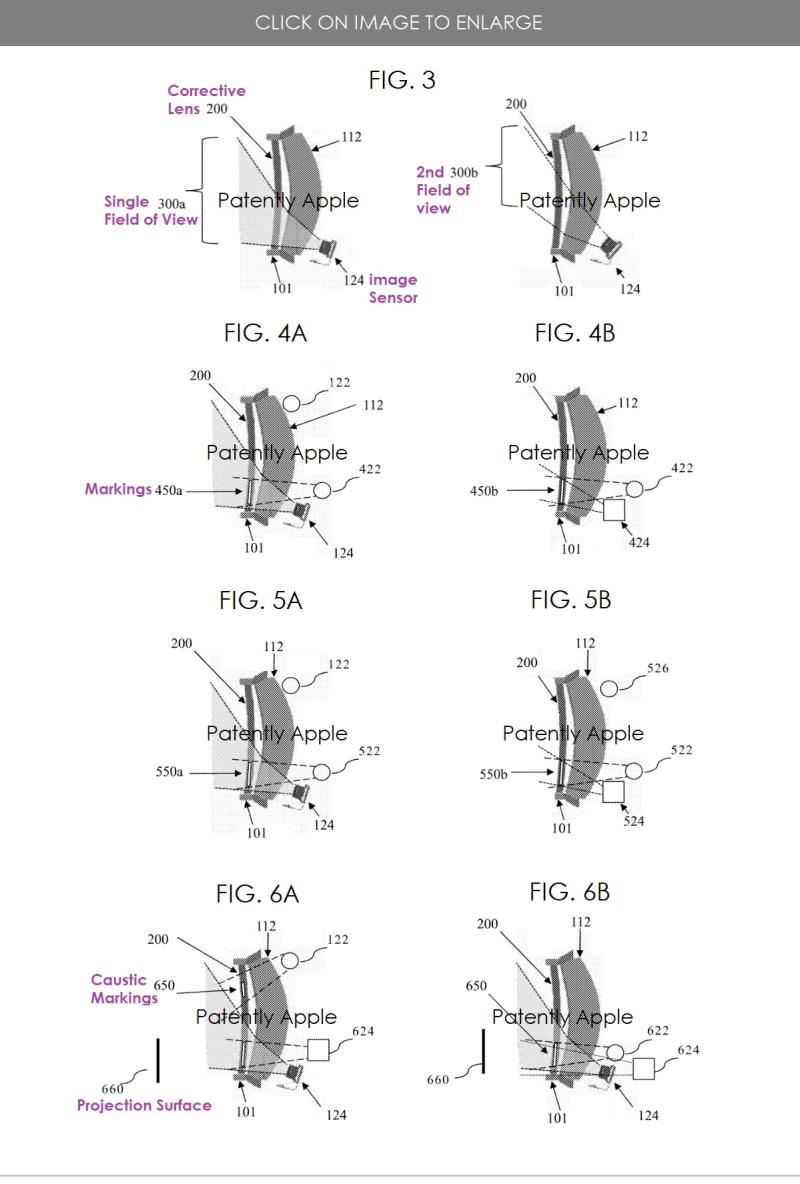 In some implementations, markings #550 in FIG. 5 above, are used to embed data in corrective lenses #200 include reversible photochromic materials that change their reflectance properties over a part of the electromagnetic spectrum (e.g., within the detection spectrum of the detecting image sensor) from transparent to opaque (e.g., detectably darker) when exposed to a higher-energy spectrum/illumination, for example, UV illumination.

Although Apple doesn't discuss how the clip-on prescription lenses would work in this patent, Patently Apple covered another Apple patent that specifically covered this here. Our cover graphic above presents a patent figure from that patent – being that it's a part of this particular project.

For those wanting to take a deep dive into the details of Apple's invention, review patent application US 20220391608 A1.

Gupta; Tushar: No published profile on LinkedIn was found