Home Archives Contact Us Subscribe Twitter Facebook Patently Mobile
At iMiD 2022, Samsung Display revealed an all-screen fingerprint display with blood pressure & blood sugar sensors embedded and much more
Apple has Released the Trailer for the Final Season of Servant that begins in January, on Creepy Friday the 13th

Apple Led the Worldwide TWS Market in Q3 2022 by more than Tripling Samsung Shipments, and more 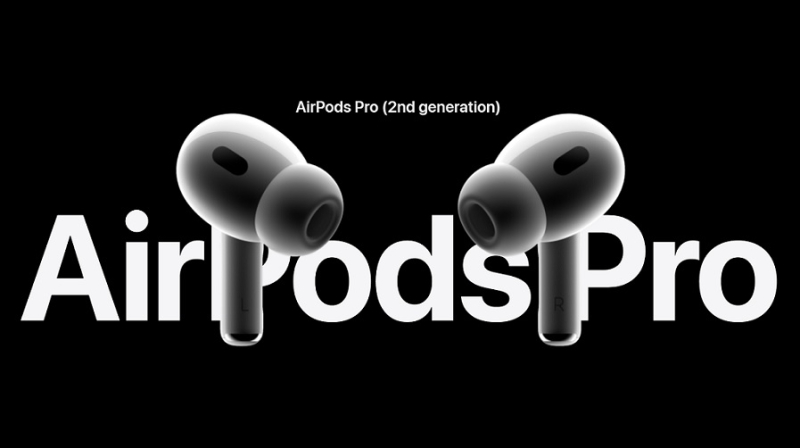 According to a new analytical report posted this morning, True Wireless Stereo (TWS) headphones remained the only audio category to show growth in Q3 2022 at 6% to 76.9 million units in the quarter. Apple (including Beats) defended its leadership position with the second-generation AirPods Pro launch, which led to a 34% increase in shipments and a 31% market share. Apple shipped 4.2 million units of their new AirPods Pro 2, accounting for 20% of all AirPods shipments. 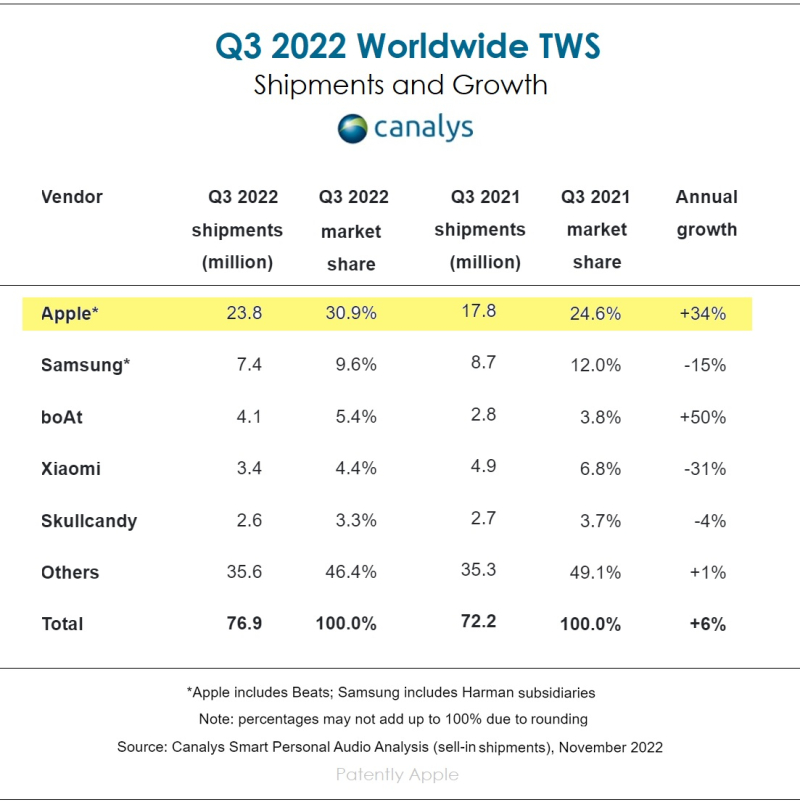 Samsung (including Harman subsidiaries) took a distant second place, with its shipments falling 15% despite its new Galaxy Buds2 Pro launch.

In other TWS news today, South China Moring Post (SCMP) reports that "Chinese audio components maker Goertek, which makes AirPods for Apple, has revised its annual revenue estimates down by up to 60 per cent after a “major overseas client” (Apple) requested it suspend production, dealing a blow to a supplier that is too dependent on one client, analysts said.

Goertek, based in eastern Shandong province, said in a filing to the Shenzhen exchange on Saturday that it has lowered its annual revenue estimates to as low as 1.7 billion yuan (US$244.4 million) from 4.7 billion yuan earlier.

The company said that it did not expect to resume production of the smart acoustic product this year, following the client’s request. For more on this, read the full SCMP report.