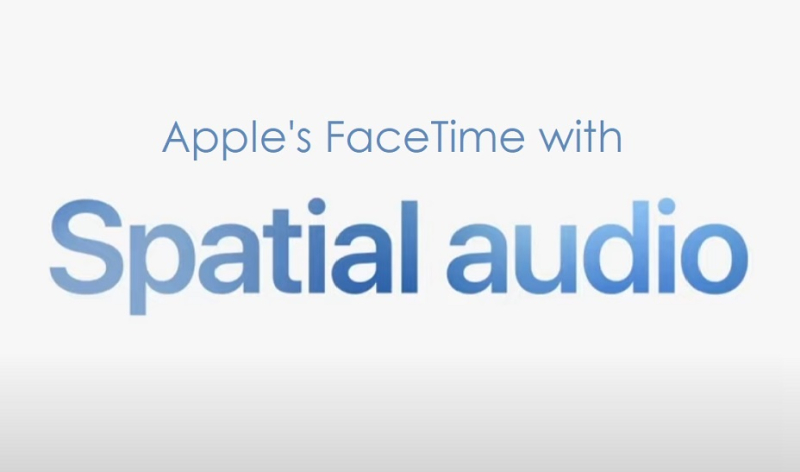 During last year's WWDC keynote, Apple's SVP (SVP) of software engineering, Craig Federighi, introduced Spatial Audio for FaceTime which can be seen in the video snippet below.

Today the U.S. Patent and Trademark Office officially granted Apple a patent for this feature, making it yet another patent fulfilled.

However, there seems to be an added dimension to their invention that allows a couple, for example, being in a grocery store. When the couple FaceTime each other, while in different parts of the store, the spatial audio will direct the couple to hear areas of the store each are in, like the milk or frozen food aisle.  Meaning, the spatial audio goes beyond the FaceTime UI of the iPhone and will allow a user with AirPods to audibly sense the area of the store that the other FaceTime participant is speaking from.  Of course, that would be great to use at a concert or sporting event when you're trying find your friends. That's a pretty cool application for spatial audio. 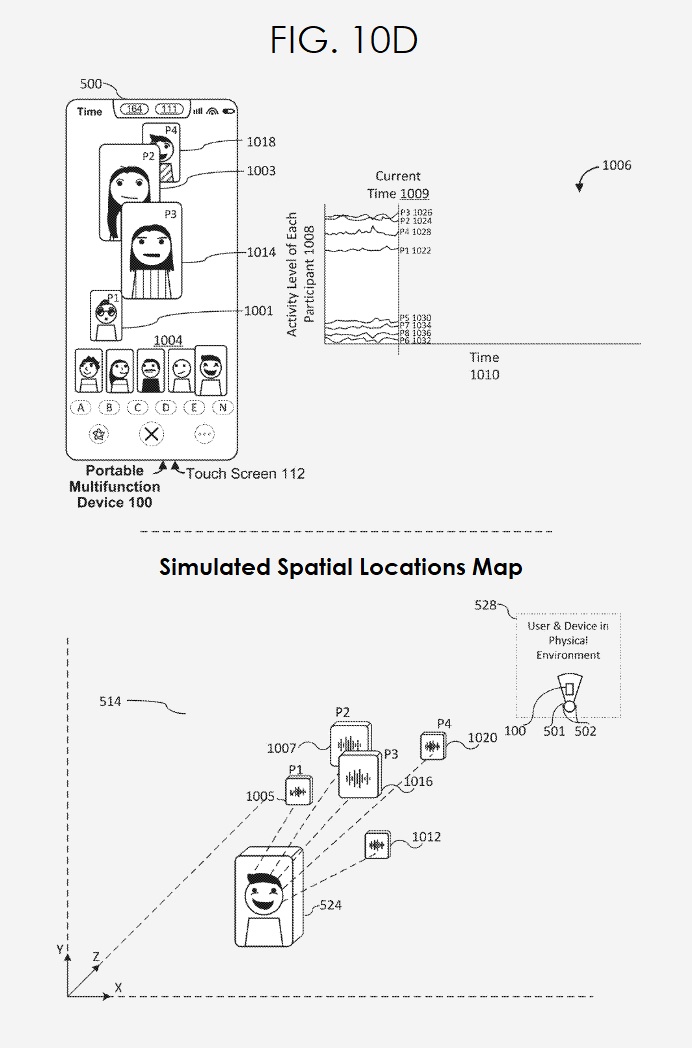 Apple's patent FIG. 6G below is a more advanced example. It illustrates audio properties that change when the users are at a large distance away from each other in a store, for example (e.g., and typically, out of visual contact with each other). In this example, because user #636 has moved further away from user #634 than was the case in FIG. 6F. This change in position of user 636 is indicated by mini-map #642 in FIG. 6G, which shows second user's position #640 separated further from first user's position #638 than in FIG. 6F. 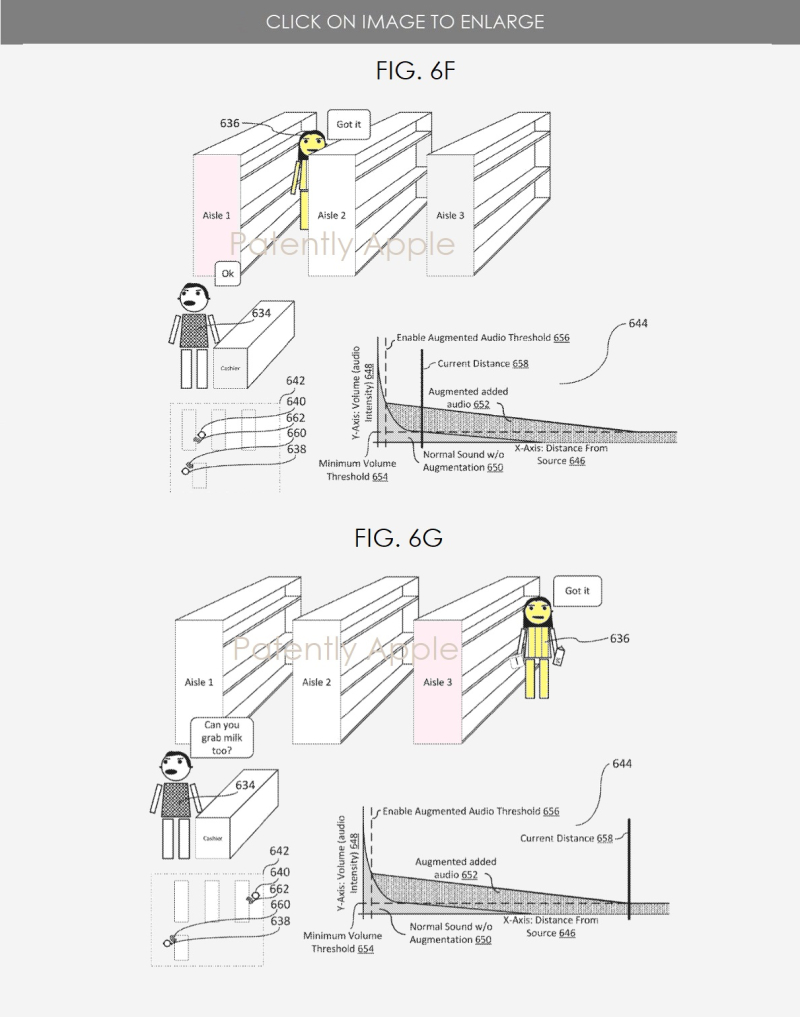 For more details, review Apple's granted patent US 11523243 B2 which was officially filed in September 2021, three months after introducing the initial phase of this invention at WWDC21.