Home Archives Contact Us Subscribe Twitter Facebook Patently Mobile
Apple has Won a Patent for a Possible Future Drone Device that was originally filed in Singapore
Apple won 47 Patents today, one of which covers a Gaze Control System for Apple's Future Smartglasses and much more 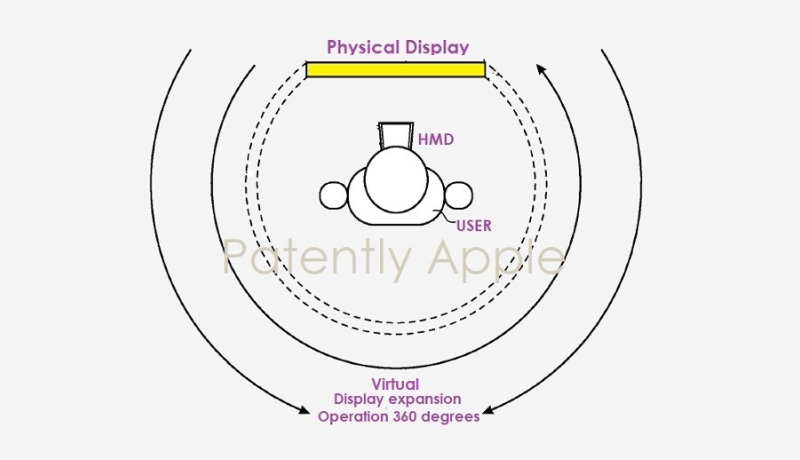 In April 2021 Patently Apple discovered a patent application from Apple filed in Europe titled "Wearable electronic device presenting a computer-generated reality environment." It was later filed in the U.S. under a different title. Today's granted patent describes the process as a virtual display expansion operation that relates to a Mac, MacBook or TV etc. 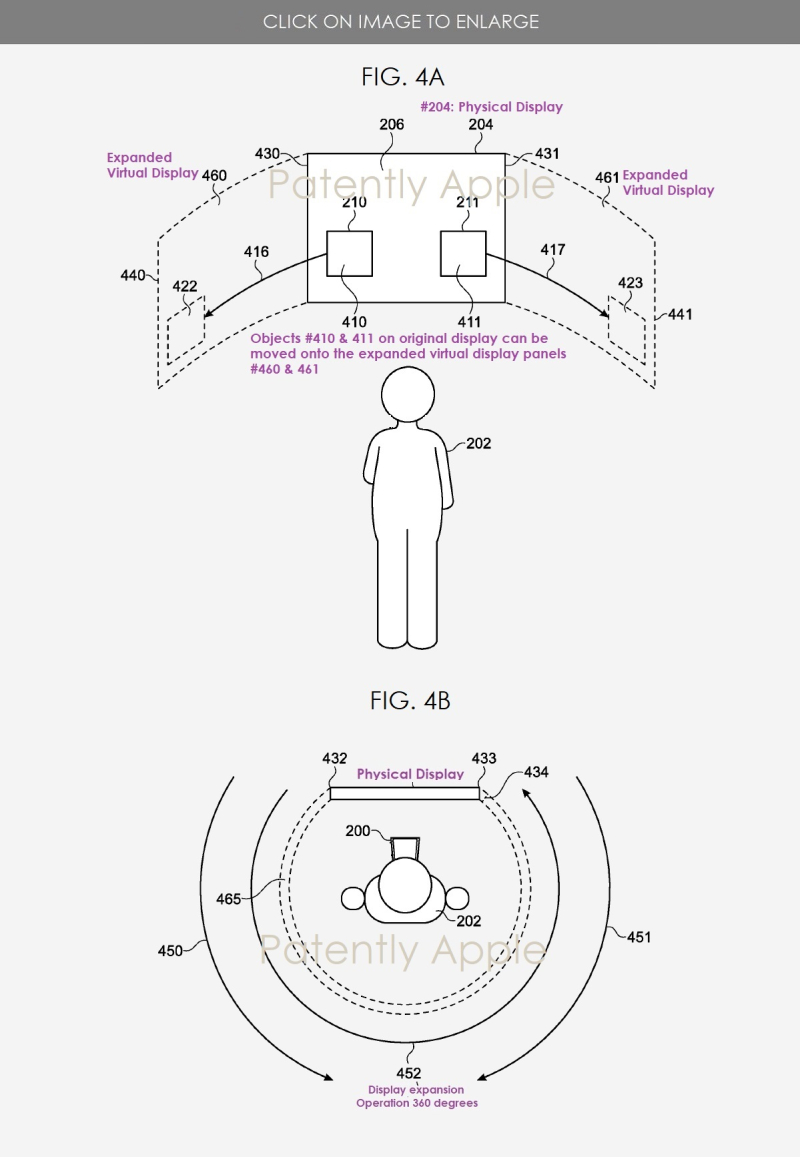 Apple's patent FIGS. 10C and D depict exemplary techniques for controlling the displaying of a virtual display window based on a hinge angle of a physical device within a CGR environment.

More importantly, Apple's patent figure FIG. 10G further below illustrates another example of a resizing operation, that expands the dimensions of the physical MacBook's in height and width as needed. 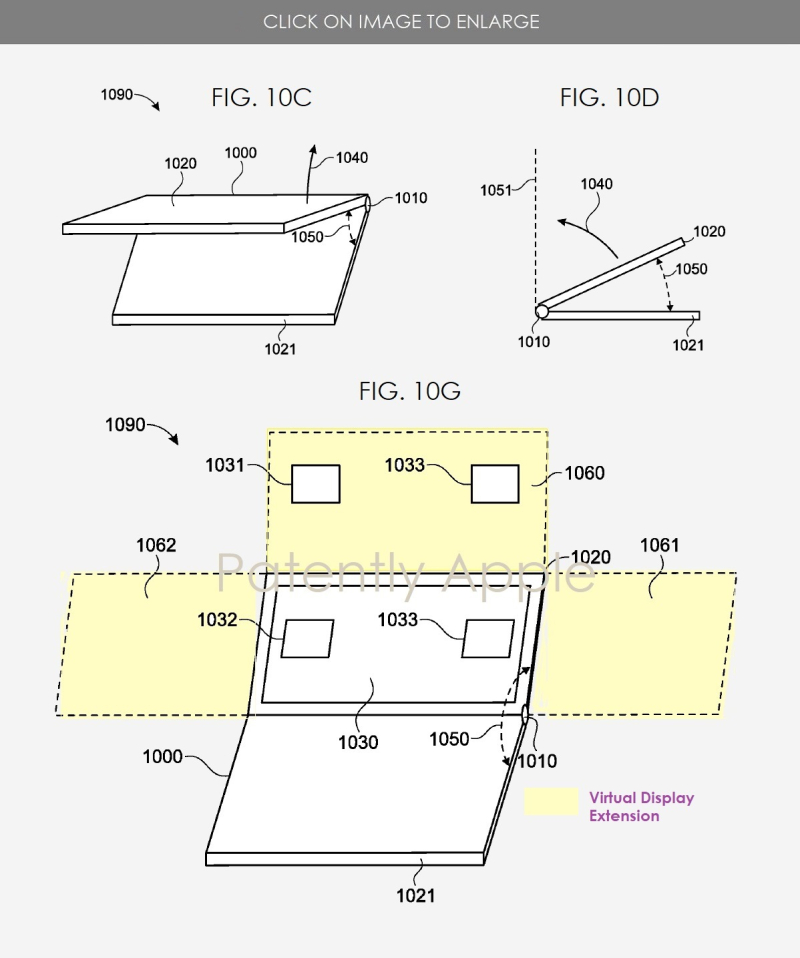