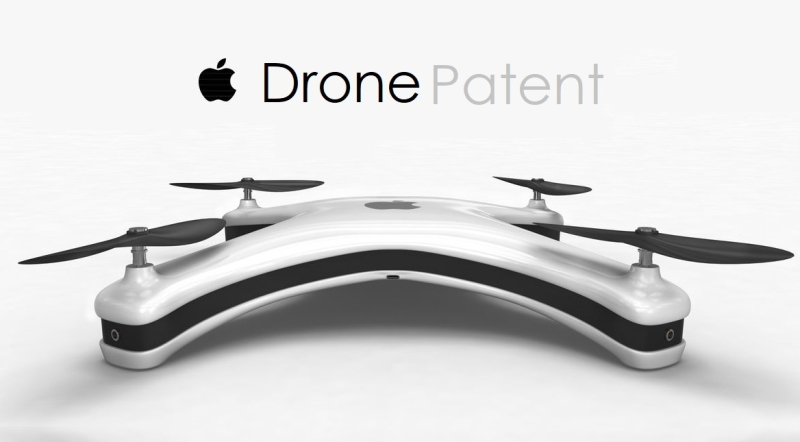 Apple originally filed for a drone patent in Singapore in May 2020 under number 10202004252X. Apple then filed for this patent in the US in November 2021. Today the U.S. Patent and Trademark Office officially granted Apple that patent.

Unmanned aerial vehicles, also referred to as drones, may be characterized as mobile devices or systems that are used for various applications, such as acquiring or sensing information (e.g., video acquisition or surveillance), delivering goods, or other activities. The usage of UAVs has rapidly increased in recent years, in part due to the many applications in which they can be used. For example, UAVs may be utilized to travel to remote, inaccessible, and/or inconvenient locations to perform various actions. In some applications, a UAV is controlled by a human user (e.g., a user on the ground), where the user uses a UAV controller (UAC) to remotely control the operation of the UAV. In some implementations, the UAC may communicate with the UAV over an existing cellular network. One issue that may arise is what information may be required for the existing cellular network to track and/or control the UAV and/or how to track the UAC. Therefore, improvements in the field are desired.

For example, in some embodiments, a wireless device, e.g., a UE such as a UAV and/or a UAC, may initiate, based on a triggering condition, an unpairing of the UAV from a host UAC, e.g., a UAC that is currently paired to the UAV.

Additionally, the wireless device may receive, from a network (e.g., from a network entity, such as an AMF), a configuration update that may confirm the unpairing of the UAV from the host UAC.

Apple's patent FIG. 9 below FIG. 9 illustrates an example (and simplified) block diagram of unmanned aerial system (UAS). As shown, the example UAS includes one or more unmanned aerial vehicles (UAVs), a first UAV 132a and a second UAV 132b. The first UAV 132a may be controlled by a first UAV controller 122a operated by a user, and one or both of the first and second UAVs 132a and 132b may be controlled by a second UAV controller 122b operated by a user. The controllers 122a and 122b may transmit command and control (C2) signals to the UAV's to control their operation, e.g., to control their movement. Example C2 signals include signals to steer the UAV's, to move the UAV up or down, to adjust the speed of the UAV's, etc. 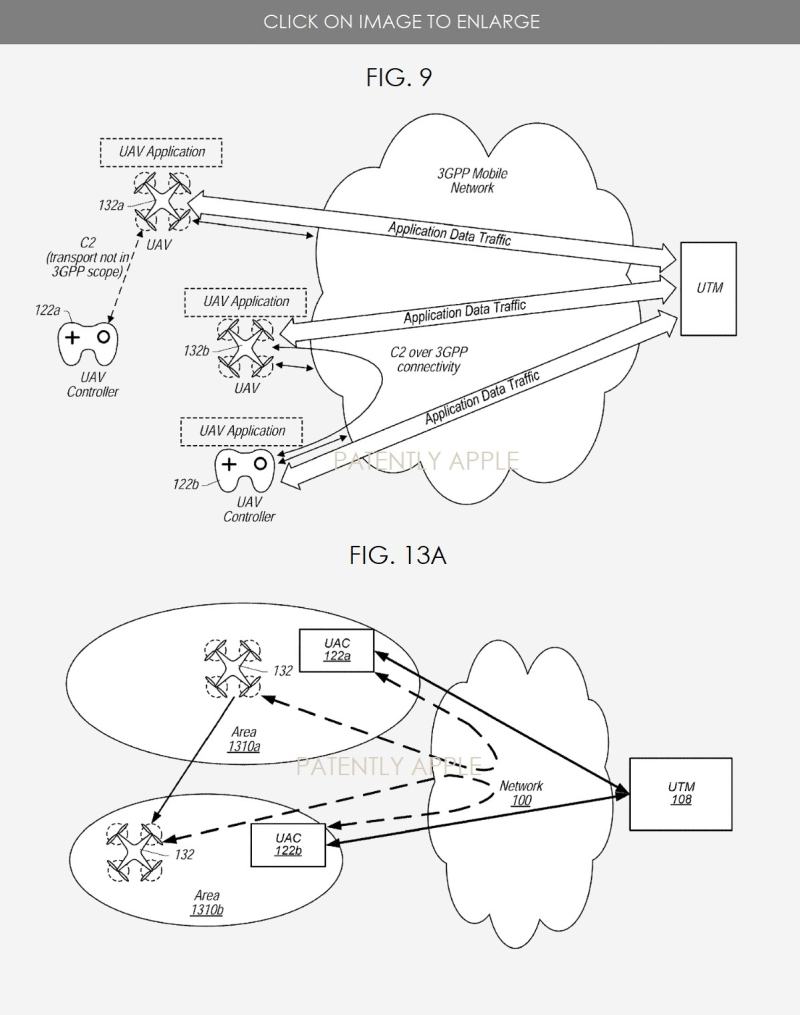 Apple's patent FIG. 13A above illustrates an example of an Unmanned Traffic Management (UTM) system initiating handover of an unmanned aerial vehicle (UAV) from a first unmanned aerial controller (UAC) to a second UAC.

Patently Apple also posted three additional IP reports over time that are specifically related to a possible future Drone device that you could review here: 01, 02 & 03.