Apple has Released the Trailer for the Final Season of Servant that begins in January, on Creepy Friday the 13th 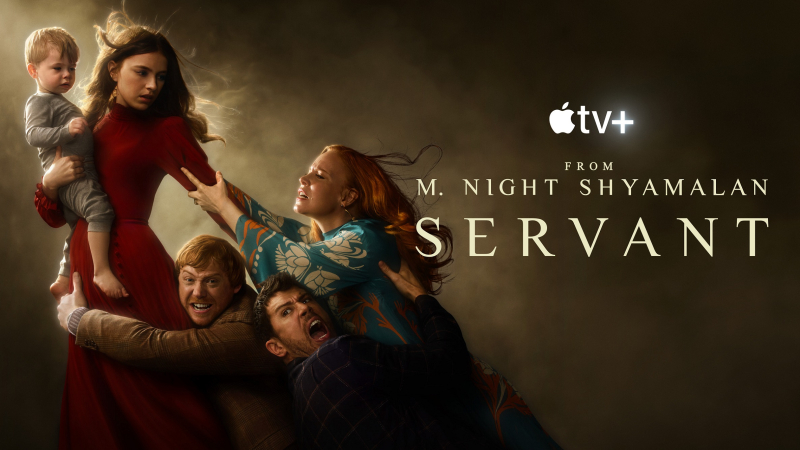 Apple TV+ today unveiled the eerie season four trailer for its acclaimed psychological thriller “Servant,” which will return for its epic conclusion on Friday, January 13, 2023. Hailing from executive producer M. Night Shyamalan, “Servant” will debut with the first episode of its 10-episode fourth and final season, followed by one new episode weekly, every Friday through March 17, 2023, on Apple TV+.

Following the suspenseful season three finale, season four will bring the final chapter of the Turner story to an epic and emotional conclusion. Leanne’s war with the Church of Lesser Saints heightens, threatening Spruce Street, the city of Philadelphia, and beyond. Meanwhile, the shattered Turner family must not only confront the increasing threat of Leanne, but the certain reality that Dorothy is waking up. As the Turner family brownstone continues to crumble, questions are finally answered: who is Leanne Grayson and who is the child in their home?

In other Apple TV+ News, the Crime Junkie, the true-crime podcast led by THR Next Gen 2022 honoree Ashley Flowers, was the most popular show on Apple Podcasts this year, according to Apple.

To populate the lists, Apple looked at user listenership and engagement between November 1, 2021, through Oct. 31, 2022. Crime Junkie, the flagship show of Flowers’ Audiochuck company, also took the top spots in the top followed and top shared categories, while Audiochuck was honored as the top free channel on Apple Podcasts for the year. For more on top Podcast on Amazon and Spotify, read news posted by The Hollywood Reporter.