Home Archives Contact Us Subscribe Twitter Facebook Patently Mobile
Twitter is developing a new app that will allow users to uncover if they've been 'Shadowbanned' in the past and how to appeal the matter
In the Middle of the Trial in Texas, Ericsson and Apple announced that they've Settled their Patent Dispute over Licensing 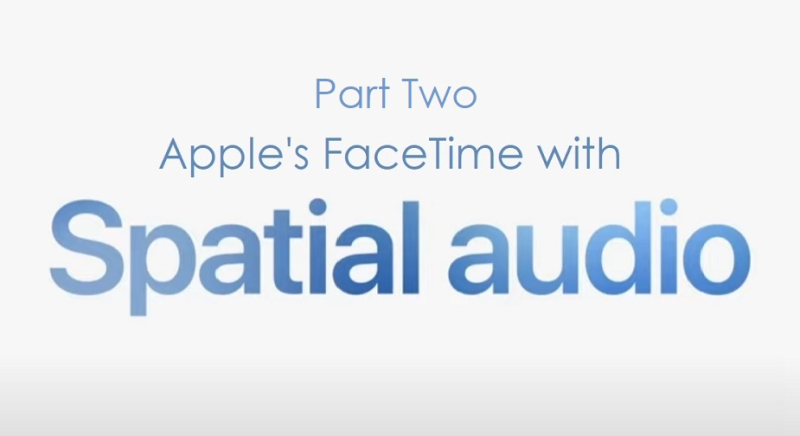 On Tuesday, Patently Apple posted a report titled "Apple has Won a Patent for FaceTime with Spatial Audio that includes a possible new Dimension." Our report included the video presented below with Craig Federighi introducing Spatial Audio for FaceTime conferences.

Like with all major Apple projects like Spatial Audio for FaceTime conferences, Apple's engineers file several patents covering various aspects of their invention. Yesterday, the US Patent & Trademark Office published a another patent application from Apple that relates to an spatial audio controller that controls how audio is spatialized in communication sessions, such as FaceTime conferences.

Performing these video processing and audio processing operations, however, takes a heavy processing toll on electronics (e.g., a central processing unit (CPU)) of the local device. Therefore, there is a need for a spatial audio controller that creates and manages audio spatial renderings during a communication session with remote devices, with consideration of both complexity and the video presentation, while preserving audio quality.

To overcome these deficiencies, Apple's patent application describes a local device with a spatial audio controller for performing audio signal processing operations to efficiently and effectively spatial render input audio streams from one or more remote devices during a communication session. 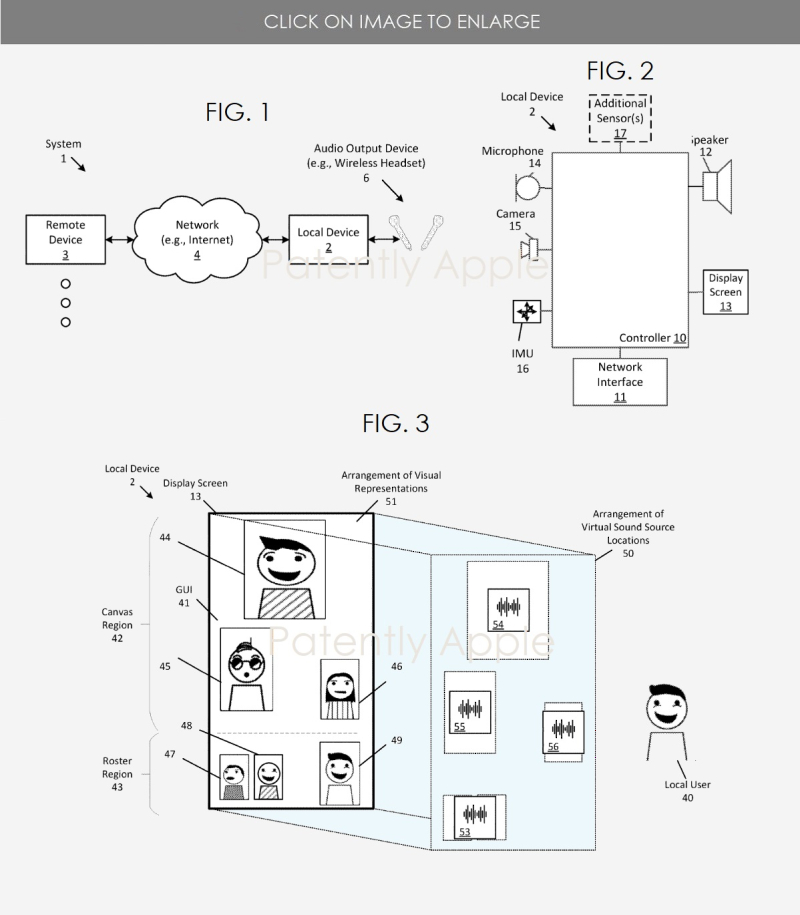 Apple's patent FIG. 4 below illustrates a block diagram of the local device that includes the audio spatial controller that performs spatial rendering operations during a communication session. 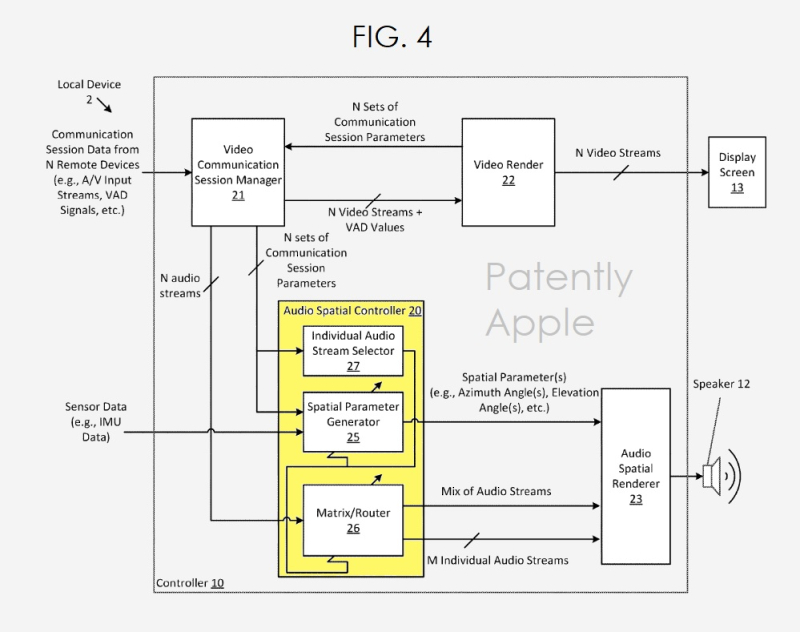