While Apple has stated that their Industrial Design Team has strong leaders with decades of experience, insiders voice their concerns 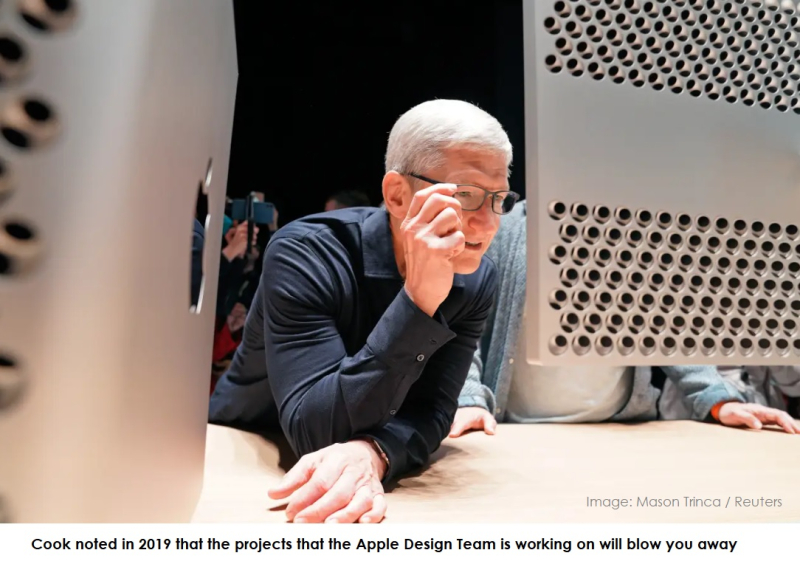 Evans Hankey, who has held the job since Ive left, informed Apple last month that she will be departing. Though Hankey had been at the company for about 20 years, her relatively brief tenure at the top of the industrial design team made it difficult to establish a distinct vision for new Apple products." Designs that could standup to the vision set by legendary Jonathan Ive and his collaboration with the late CEO Steve Jobs.

Apple stated last month that Hankey would stay on through the transition period and announcement of the next Industrial Design Chief. Apple  further noted with confidence that "Apple’s design team brings together expert creatives from around the world and across many disciplines to imagine products that are undeniably Apple. The senior design team has strong leaders with decades of experience."

Yet according to Bloomberg's Mark Gurman, "Turnover at Apple Inc. has hindered efforts to replace the head of product design, leaving a gaping hole at the helm of a prominent team that’s been key to the iPhone maker’s prolonged success.

In some ways, the Industrial Design Department at Apple has been in flux since the death of Steve Jobs more than a decade ago, according to people with knowledge of the situation. The Apple co-founder had forged a partnership with Ive that helped establish the clean, simple aesthetic that remains the tech giant’s hallmark today. But an increased emphasis on costs, along with other distractions, created new difficulties, they say.

Over the past few years, the team has lost the majority of senior designers who worked under Ive, with many of them going to his new firm, LoveFrom. That has now made it harder to replace Hankey, people with knowledge of the matter said.

In early 2019, there was another exodus, with key designers Rico Zorkendorfer, Julian Hoenig, Miklu Silvanto and Daniele De Iuliis leaving. That June, Apple announced that Ive would exit to found LoveFrom, a design consulting firm working with Ferrari, Airbnb, Moncler and other brands.

That kind of turnover had been rare. Months before the departures started, Ive touted that only two members of the design team left Apple in the 15 preceding years and that one of the two resigned for health reasons.

Even before Ive left, Apple’s operations department had begun to wield more influence over the design team, people familiar with the matter said. That meant a focus on costs rather than purely on look and features.

“The strength of the team was that we were a nucleus bound together by the incredible environment that there was and the things we could do in a fairly unconventional way for a large company,” said a longtime member of the group, who asked not to be identified because the matter is private. “It was a special team. It wasn’t easy after Steve passed — things started to become a lot more complicated. There were more pressures and outside distractions.”

Today, Apple only has a small handful of veteran senior industrial designers from the Ive era on hand, including Duncan Kerr, Bart Andre, Richard Howarth, Peter Russell-Clarke and Ben Shaffer.

The company could look to that group for Hankey’s replacement, but such a strategy hasn’t worked in the past. Howarth briefly served as head of industrial design between 2015 and 2017, but he struggled to manage a crew of former peers. Still, people close to the department believe he is the only longtime senior member of the team who could lead it.

At the end of the day, the longtime member of Apple’s design group that spoke to Gurman stated bringing in someone from another company as design chief would be the "death of the team." For more on this, read the full Bloomberg report.

The part of the report that stated, "Even before Ive left, Apple’s operations department had begun to wield more influence over the design team. That meant a focus on costs rather than purely on look and features. That echoed statements made back in a 2019 NBC report Titled "Tim Cook disputes 'absurd' reports about Jony Ive's departure from Apple." The title of the report and the fact that Ive did in fact leave showed that Cook wasn't as in touch with reality as he claimed that he was in his irate statement sent to NBC.

The Wall Street Journal had reported at the time that Ive "had been growing more distant from Apple’s leadership" in part because he was frustrated with Cook's "more operations-focused company,” according to several sources familiar with his departure who were not named. "People in the design studio rarely saw Mr. Cook, who they say showed little interest in the product development process — a fact that dispirited Mr. Ive," Mickle reported.

For now, only time will tell if Cook will promote from within or decide to boldly shake things up by hiring an outsider.

Send in your comments below or on our Twitter feed on which way you think Cook and his executive team will decide to go.