The Most Profitable Company in China isn't Alibaba or Tencent, it's Apple due to corporate diplomacy led by CEO Tim Cook 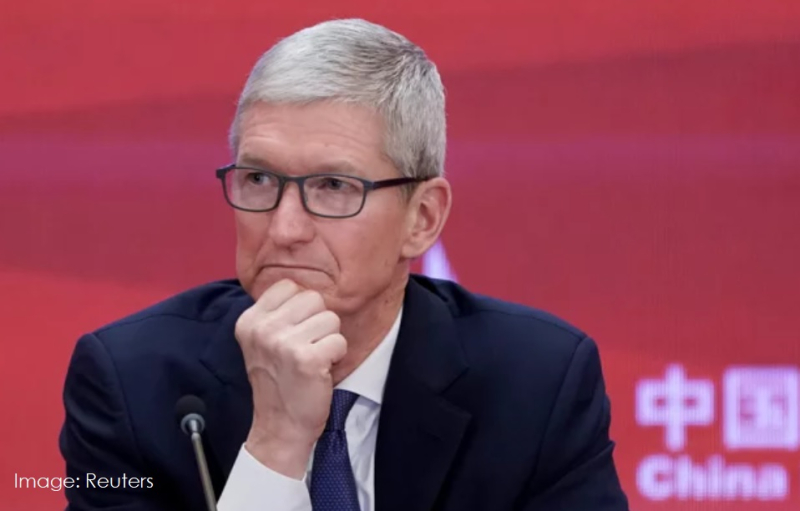 It's being reported today that the most profitable tech company operating in China is not a homegrown internet giant such as Alibaba or Tencent, but rather California-based Apple.

Its China business grew so quickly during the pandemic that it now generates more profit than the combined income of the country’s two biggest tech companies, according to an analysis by the Financial Times.

Apple’s reliance on the country as its manufacturing base — with responsibility for 95 per cent of iPhone production, according to Counterpoint, a market intelligence group — leaves the business vulnerable to supply chain shocks.

Apple on Sunday said global shipments of its newest high-end iPhones would be delayed because of recent Covid-19 outbreaks at Chinese plants run by its main assembler Foxconn. That came a week after it warned of “significant” headwinds to revenue growth owing to the impact of a strong US dollar and supply constraints.

Yet when it comes to selling its devices to Chinese consumers, business has boomed. Operating profits in greater China — which includes Hong Kong, Macau, Taiwan and mainland China — have shot up 104 per cent over 24 months to $31.2bn in the financial year to September, eclipsing the $15.2bn earned by Tencent and the $13.5bn from Alibaba in their most recent 12-month period, according to S&P Global Market Intelligence. 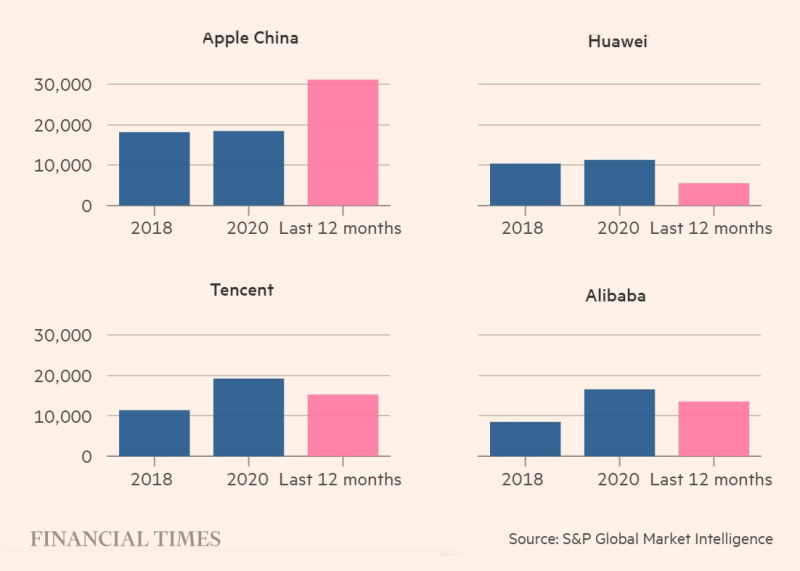 The record profits underscore the bargain Apple has struck with Beijing, allowing the iPhone maker to sail through President Xi Jinping’s crackdown on homegrown tech groups while reaping the rewards from US sanctions, which are helping to damage its only real competitor in the country — national champion Huawei.

It is the result of corporate diplomacy led by chief executive Tim Cook, whose regular visits to Beijing in pre-pandemic times, including meetings with Xi and Chinese tech executives, have helped avoid the fate of other western tech companies. The likes of Alphabet, Meta and Netflix have been locked out of the country.

For more on this, read the full report by The Financial Times.