Home Archives Contact Us Subscribe Twitter Facebook Patently Mobile
Apple Invents a Larger Lanyard Accessory for carrying an iPhone, iPad, Battery Pack and more
Apple's iPhone 12, 13 and 14 models will be getting in iOS Update in December that will Comply with India's new 5G Standards

Samsung mocks the iPhone 14 in a new ad titled "It's OK to wait, but is it always worth it?" 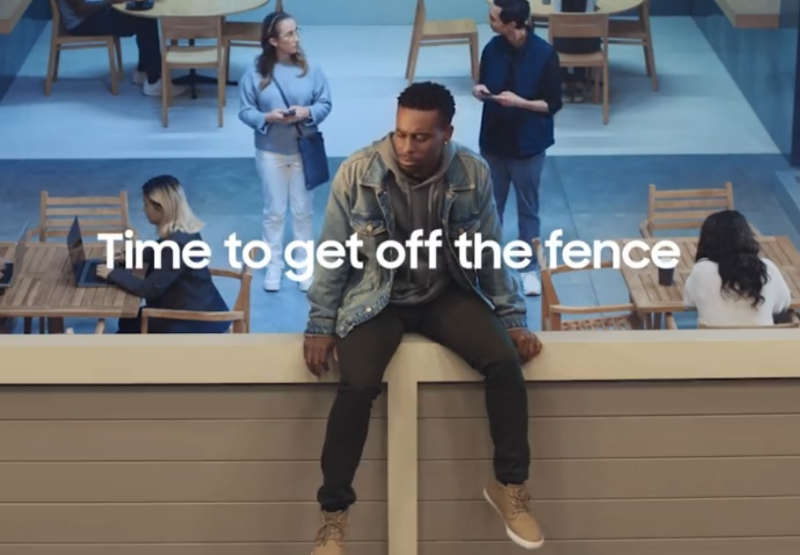 To keep Samsung Galaxy phone users from flocking to iPhone, Samsung goes out of its way every year to mock some aspect of the latest iPhone. We covered this back in a September post showing both a video and Samsung billboard. Their mocking videos go back for years. Today, Samsung is back at it again pushing the fact that the iPhone still doesn't have a top-notch zoom feature as presented in the tweet below.

It's OK to wait, but is it always worth it? 🤔 pic.twitter.com/ZqBCtNkBUN

For some reason, after being on the market for several years, Samsung believes that foldable smartphones are a big thing when shipments might hit 13 million this year split amongst serveral smartphone vendors. At present, there's nothing to brag about foldables against an iPhone.

As for Apple's delay in delivering a high-end periscope zoom lens, it's been Samsung legally stopping Apple from introducing such a feature via patents. Samsung bought the Israeli company Corephotonics so as to jam Apple up in court to stop or delay Apple from bringing a top zoom camera to market. So that's a disingenuous position Samsung takes if not downright sleazy. Then again, as the adage goes: all is fare in love and war."

Side Note. This was originally posted this morning prior to our site going down.