Home Archives Contact Us Subscribe Twitter MeWe Facebook Patently Mobile
Apple has reportedly suspended their relationship with China's Yangtze Memory Technologies and may add Samsung as a Fourth Supplier
Developing Story: One Dead, 14+ People injured in a Horrific Vehicle Crash into an Apple Store Front in Massachusetts this morning 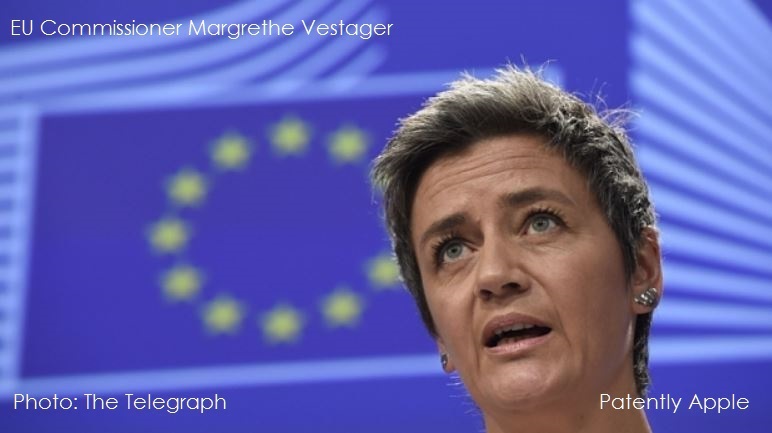 In March 2022, Patently Apple posted a report Last week Patently Apple posted a report titled "The EU Commission applauded the political agreement reached on the new Digital Markets Act that will Regulate U.S. Gatekeeper Power." The report noted that "The EU Commission aims to fast-track a deal with Lawmakers on new rules to rein in the powers of Apple & other Gatekeepers." The new rules target U.S. tech giants like Apple were agreed to and are coming into force in October, according to EU antitrust chief Margrethe Vestager.

Although a month late, the European Commission's landmark new set of EU rules for a safer and more accountable online environment entered into force last week with the Digital Services Act (DSA). The DSA applies to all digital services that connect consumers to goods, services, or content. It creates comprehensive new obligations for online platforms to reduce harms and counter risks online, introduces strong protections for users' rights online, and places digital platforms under a unique new transparency and accountability framework. Designed as a single, uniform set of rules for the EU, these rules will give users new protections and businesses legal certainty across the whole single market. The DSA is a first-of-a-kind regulatory toolbox globally and sets an international benchmark for a regulatory approach to online intermediaries.

The DSA introduces a comprehensive new set of rules for online intermediary services on how they have to design their services and procedures. The new rules include new responsibilities to limit the spread of illegal content and illegal products online, increase the protection of minors, give users more choice and better information. The obligations of different online players match their role, size and impact in the online ecosystem; an overview is available here. 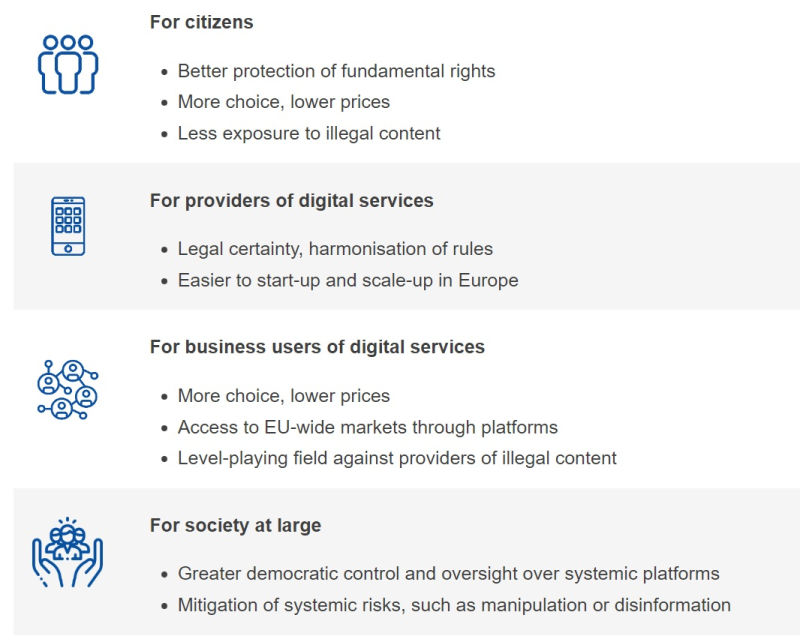 All online intermediaries will have to comply with wide-ranging new transparency obligations to increase accountability and oversight, for example with new flagging mechanism for illegal content. But a special regime is introduced for platforms with more than 45 million users: for such very large online platforms or search engines, further obligations include wide-ranging annual assessments of the risks for online harms on their services - for example with regard to exposure to illegal goods or content or the dissemination of disinformation. Under the DSA, suitable risk mitigation measures will have to be put in place, and subject to independent auditing of their services and mitigation measures. For more on this, read the full European Commission's press release.

To what extent Apple, Twitter, Google and others will comply or revolt will eventually make headlines. At present, U.S. companies have been rather silent, though their legal teams are likely working in high gear preparing challenges.