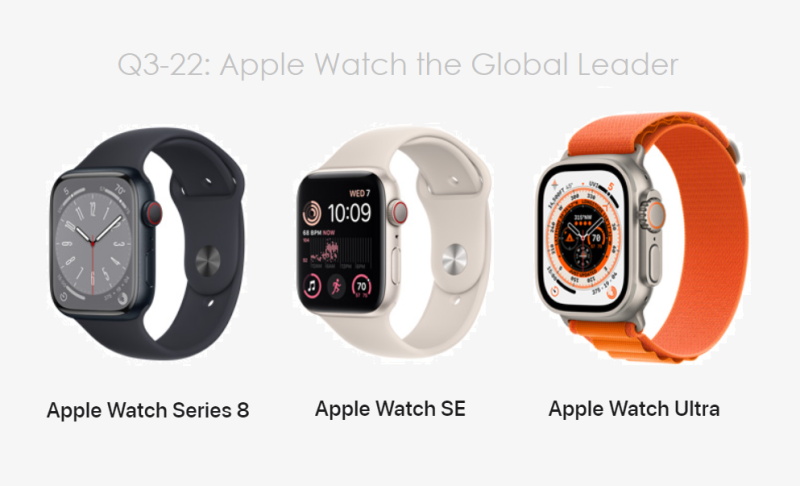 Despite inflation and geopolitical crises that have continued since the beginning of this year, the global smartwatch market shipments increased 30% YoY in Q3 2022, according to Counterpoint Research’s latest Global Smartwatch Model Tracker.

Apple grew 48% YoY thanks to strong sales of its newly released Apple Watch 8 series. Released in early September, the new series accounted for about 56% of the overall shipments. Apple accounted for half of the market among HLOS smartwatches in Q3 2022. Apple Watch shipments more than doubled second place Samsung. 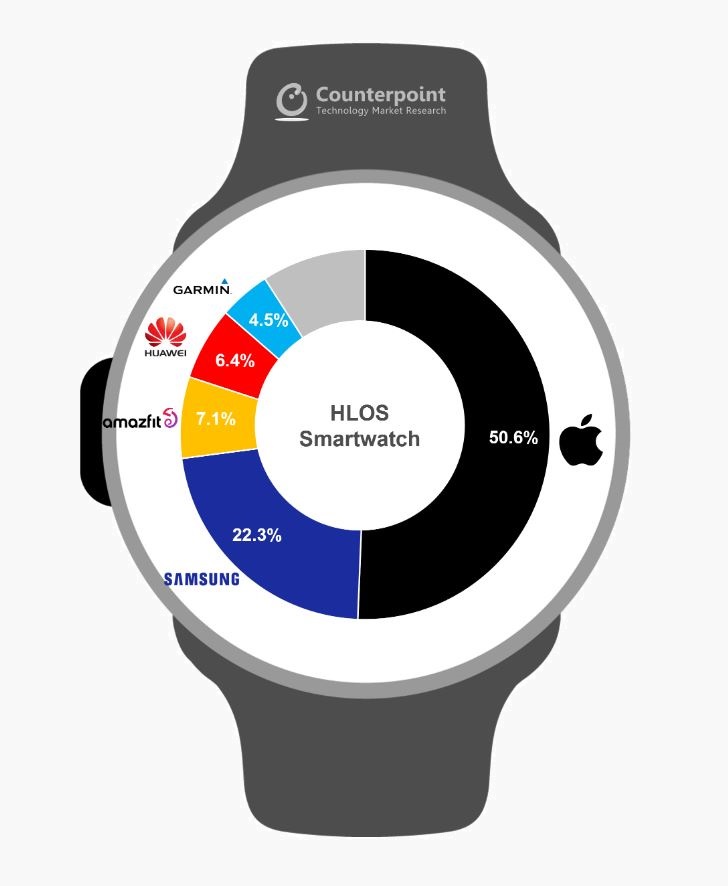 Samsung increased its shipments by 62% QoQ with launching new Galaxy Watch 5 series, while its market share of the HLOS segment increased by 5% points QoQ.

Although the report is about 'Global Smart Watch' shipments, Counterpoint used the report to promote Indian OEM shipments in India. For that part of the report, click here.