Home Archives Contact Us Subscribe Twitter Facebook Patently Mobile
Apple's Mixed Reality Headset team is continuing to Hire in preparation for a possible 2023 release, despite a downturn in economic conditions
Apple TV+ Releases Trailers for 'Little America' Season 2 and 'Fraggle Rock: Back to the Rock' Night of the Lights Holiday Special 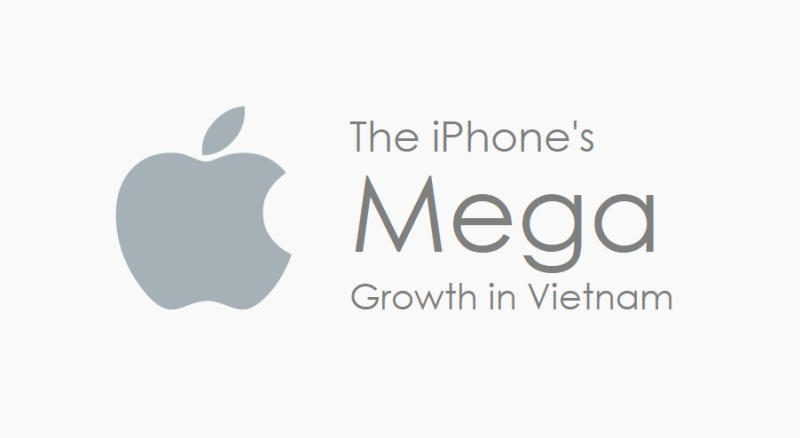 It's being reported today that Vietnam’s smartphone shipments grew 28.5% Year-over-Year. While consumer demand was soft, as a result of high inflation and a weaker macroeconomic scenario, Apple delivered 173.3% growth Year-over-Year and overtook China's vivo for fourth place. 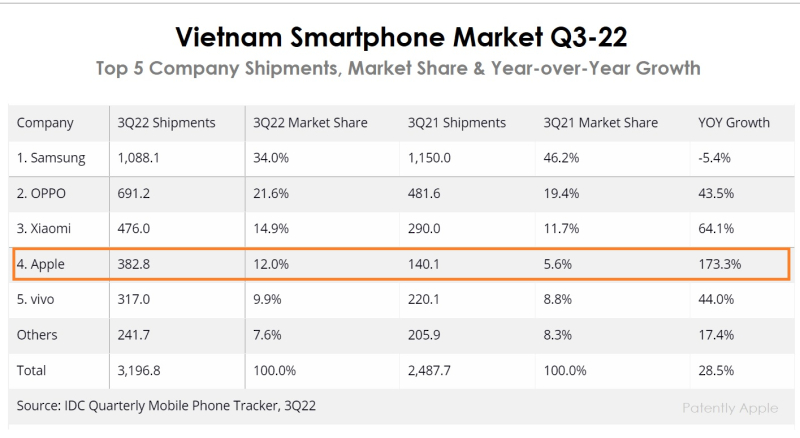 Samsung retained its lead in the smartphone market with 1.1 million units, decreasing 5.4% YoY, as its share dropped to 34.0% in 3Q22 from 46.2% in 3Q21. However, their foldables series Samsung Galaxy Z Fold4 and Galaxy Z Flip4, which were launched in August, managed to achieve a more than threefold YoY increase. Samsung expansion through single-brand stores continued with the opening of their premium stores in Ho Chi Minh City.

OPPO, took second place with 21.6% market share in the third quarter of the year. The Reno8, Reno8 Pro and Reno8 Z, which launched at online and offline events, with a focus on consumer experience and photography, had a higher shipment during the launch quarter compared to the Reno 7 range.

Xiaomi’s shipments increased 16.0% QoQ in 3Q22 and 64.1% YoY, accounting for a 14.9% share of the Vietnam smartphone market. Xiaomi increased its shipments in the lower-end segment by launching its Redmi A1 in the <US$100 segment, driving the Poco C40 in the lower-end series from the previous quarter, and dropping the price of the Redmi Note 11 in 3Q22. For more on this, read the full IDC report.