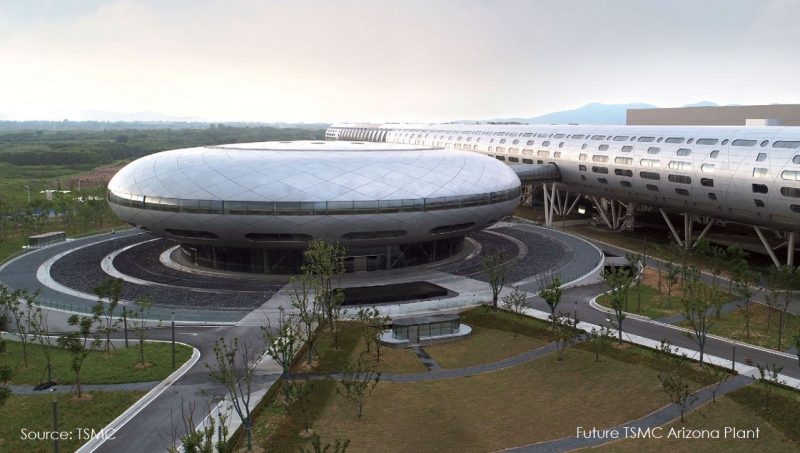 It's being reported today by Taiwan's United Daily News that "The founder and former CEO of TSMC, Zhang Zhongmou (Morris Chang), confirmed that the plan for the 3nm factory in Arizona will continue after the first phase of 5nm. In the long run, it is not ruled out that more semiconductor companies will follow TSMC to overseas construction in the future, and it is worth noting whether domestic investment projects such as Taiwan's semiconductor equipment will decline as a result.

Cai Mingyan, chairman of Qunyi Investment Consulting, said that under the influence of geopolitics, the trend of localization of semiconductor supply chains in various countries is irreversible.

For more coverage on this topic, a second report posted by the United Daily News today could be found here. Last Tuesday, Patently Apple posted a report titled "In 2024, Apple will be buying Device Processors from an Undisclosed Plant in Arizona."